Keeping tabs on everything during a legislative session is a difficult task, even for lawmakers at our state capitol. However, with another session set to reconvene Monday, Oklahoma Gazette examined 10 issues that could be important in coming months. 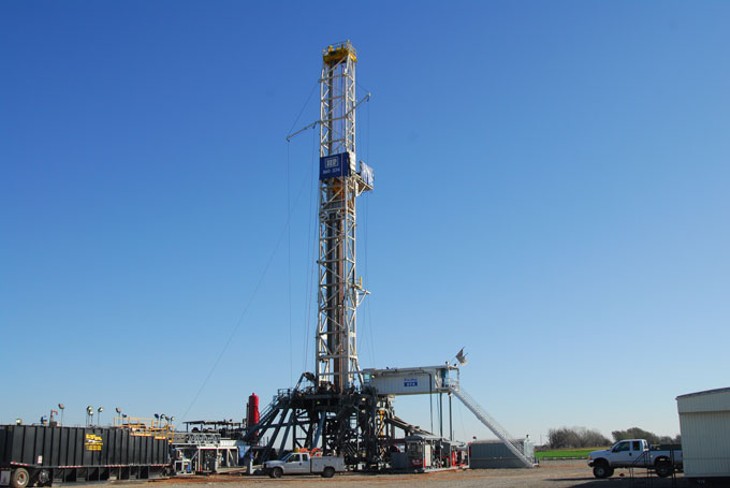 Last year, lawmakers made many drilling incentives permanent. As our state faces a projected $300 million shortfall, it is worth noting that oil and gas industry tax incentives last year topped $500 million, according to the Oklahoma Tax Commission. 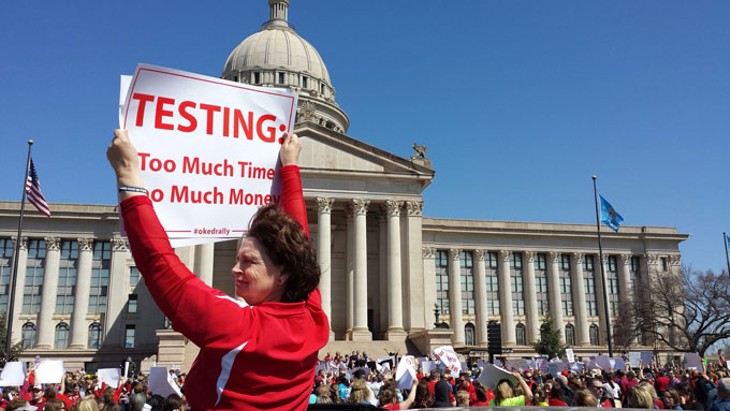 You won’t find many who believe our teachers don’t deserve a raise. But you won’t find agreement on how to do that or much confidence from state leaders that enough money will be available in the next budget to make it happen either.

But any talk about boosting teacher pay is followed with talk about an expected budget shortfall and limited funds.

“It’s going to be a tough budget year,” Fallin told educators at a conference this month. “It is what it is.”

Starting teacher pay is $31,600 with the minimum in the Oklahoma City Public School District just a few thousand dollars higher. The average teacher salary in the state makes us the third-lowest in the nation and several thousand below averages in neighboring states like Texas and Colorado, which are regularly blamed for luring teachers away from Oklahoma.

“[A] benefit of the change would be a reduction in the number of new laws passed,” Grau said. “Considering policy changes every other year will help ensure that legislators focus on what is most important to Oklahomans.”

“It takes one legislator to say, ‘This is a soft-on-crime bill’ or ‘You’re letting monsters out early,’ and everyone I talked to who said they supported it ... hits the no button,” he said about legislation that alters punishment or time served.

With state prison capacity over 119 percent and staffing levels under 60 percent, Speaker of the House Jeff Hickman said we must do something this year but acknowledged there are no additional funds to work with.

Several bills aim to outlaw texting while driving, and others would ban the use of any handheld device to make phone calls while driving. Forty-four states have texting-while-driving bans, according to the Governors Highway Safety Association. 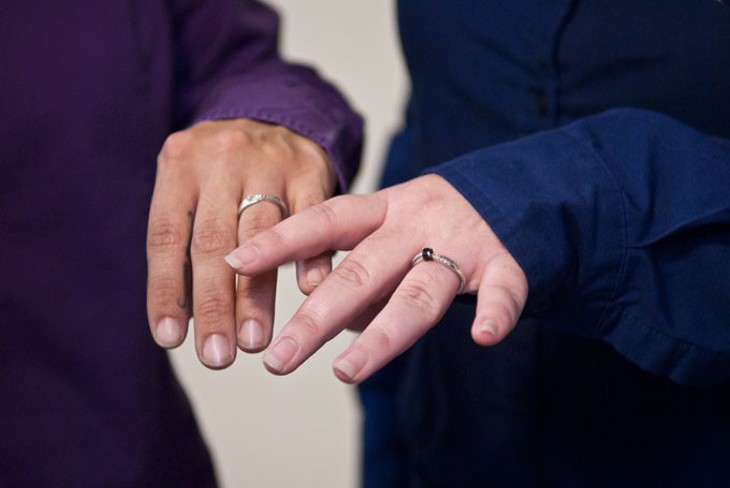 Same-sex marriage is now law here, and many legal experts believe the U.S. Supreme Court will make it a nationwide right sometime this year. However, many state lawmakers continue to fight against it. Rep. Todd Russ, R-Cordell, makes another effort by proposing a bill to do away with all state-issued marriage licenses.

“There’s a lot of constituents and people across the state who are not through pushing back on the federal government for the slam-down they’ve given us with Supreme Court rulings,” he said, referring to same-sex marriage rulings across the country.

On the other side of the gay rights argument, Rep. Jason Dunnington, D-OKC, filed legislation to protect employees from sexuality-based discrimination, a protection not currently offered. Approximately 62,000 lesbian, gay, bisexual or transgender workers here are now vulnerable, according to a new report from the University of California, Los Angeles (UCLA) School of Law’s Williams Institute. Now, seven Oklahoma cities have ordinances prohibiting discrimination in public sector employment, the report showed, but they do not include gender identity or private sector employment.

There are several proposed bills regarding charter schools.

One would give our state’s largest cities the chance to sponsor their own schools.

“Look at how the [OKC] mayor and council are constantly being told we need more John Rex schools,” Sen. David Holt, R-OKC, said about the new downtown charter school. “But the mayor’s and council’s hands are tied because they are not a school district.” Holt filed legislation (Senate Bill 68) that seeks to give our two largest cities — OKC and Tulsa — the ability to sponsor charter schools. While Holt said this does not represent a request from City Hall, he believes expanding opportunities for charter schools is good, especially in urban communities.

“I want to see more school options for parents,” he said.

While they are often created in urban centers, another proposed bill would expand availability of charter schools to rural and suburban areas. Sen. Kyle Loveless, R-Mustang, filed Senate Bill 171, which would remove population minimums in counties where charter schools can be located.

Several bills filed this session would expand gun rights, including legalizing the right to carry a handgun on school property (HB 1143, HB 1265), allowing gun license holders to carry inside the Oklahoma capitol (HB 1324) and allowing Oklahoma-based gun manufacturers to be free of federal regulation and oversight (SB 10). There are at least 32 bills that deal with expanding firearm rights.

Oklahoma spent $90 million on the still-unfinished American Indian Cultural Center and Museum in OKC, but some lawmakers want $40 million to complete it. There appears to be an agreement split between our House and Senate.

“I think we need to find a way to complete the project,” Sen. Patrick Anderson, R-Enid, told Community Newspaper Holdings Inc. this month. “I think if the state wants to finish the project, we’ve got to make some tough choices to do so. We need to have an honest discussion of how we’re going to pay for that museum to be completed and what we aren’t going to pay for if we complete it.”

Print headline: Top 10, We look at important issues facing our city and state as the Oklahoma Legislature readies to convene.