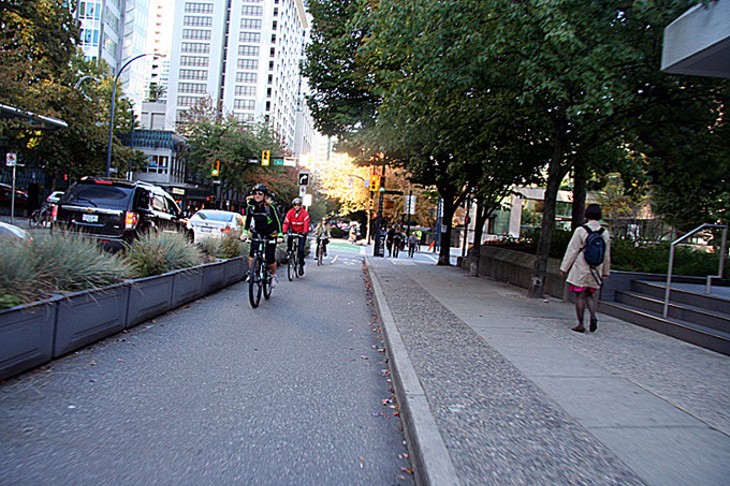 “It’s getting to the point where if your city doesn’t have a protected bike lane yet, it’s being left behind,” wrote Angie Schmitt in a 2013 article for Momentum Mag.

Integrating the concept throughout Oklahoma City could help encourage more cyclists, especially on busy thoroughfares like Classen Boulevard that serve as a gateway into downtown.

In recent months, free bike repair stations have arrived in OKC. They offer cyclists the opportunity to perform minor tune-ups while away from home.

The Association of Central Oklahoma Governments recently awarded nearly $40,000 in grants to city communities for the construction of repair stations.

“The bike racks that we currently have are about 10 years old, so this will allow us to replace some broken ones and have more places for bike parking,” said Kristen Vails, former director of the Plaza District Association, one of the grant recipients.

Increasing this program could help encourage cycling across the city. 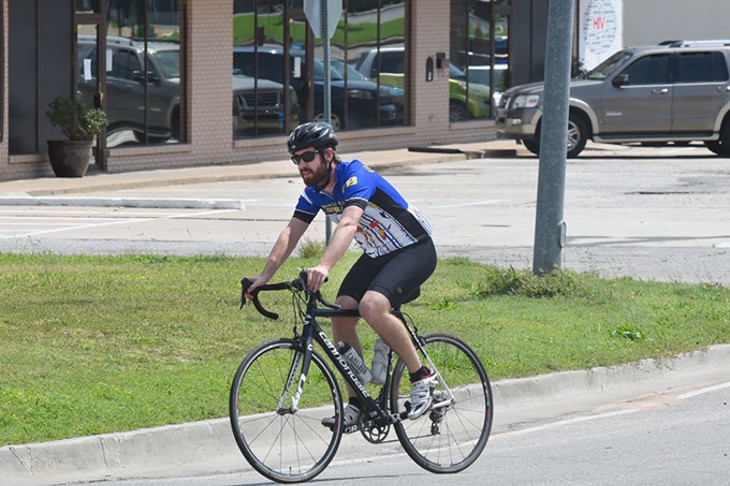 The bigger the sidewalk, the more space people have to walk and interact. Construction projects like the one currently underway on Western Avenue increase the width of often-congested sidewalks, especially in this popular business and restaurant district. The larger sidewalks along five blocks of Western Avenue also will boost patio dining by making room for 200 chairs and add 5,500 more feet of walkway, according to the Institute for Quality Communities.

“[Pavement markings] increase perceptions of safety, help guide bicyclists and motorists and provide official, visible recognition that bicyclists are legitimate users of the road,” according to a report from the Robert Wood Johnson Foundation.

Increasing the number of Spokies bike share stations, especially building them in neighborhoods outside of downtown, could encourage more users and also promote biking between districts.

Signs in downtown and neighboring districts that show how many minutes it takes to walk and bike could encourage less driving.

Biking or walking from the Uptown 23rd District to downtown might seem daunting to some, but a sign that states it’s a 10-minute bike ride or 30-minute walk could promote alternative ways to get around.

The city could offer incentives for new businesses downtown to provide shower facilities for bike commuters who don’t want to arrive to their desks dripping in sweet.

The city council recently reviewed a proposed law that would have increased restrictions on cyclists, which the cycling community said was hostile to bike riders. The law was not approved, but the city could look for ways to encourage stricter enforcement of laws requiring motor vehicles to give space to cyclists or not park in designated bike lanes. 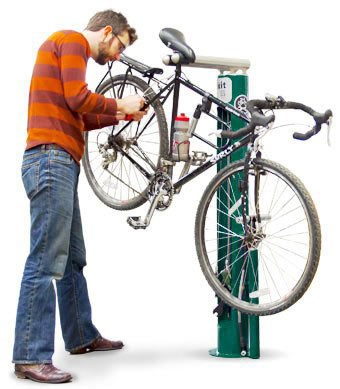 A great bike lane doesn’t mean much without a place to park bikes. The city has added many more racks downtown in the past several years, but even more are needed — not just downtown but in surrounding districts.

It’s important for citizens who value cycling in the city to speak up, especially as the city approaches a new bond issue in 2017. Reaching out to city officials is a great way to ensure the cycling community is represented while large projects are being planned.