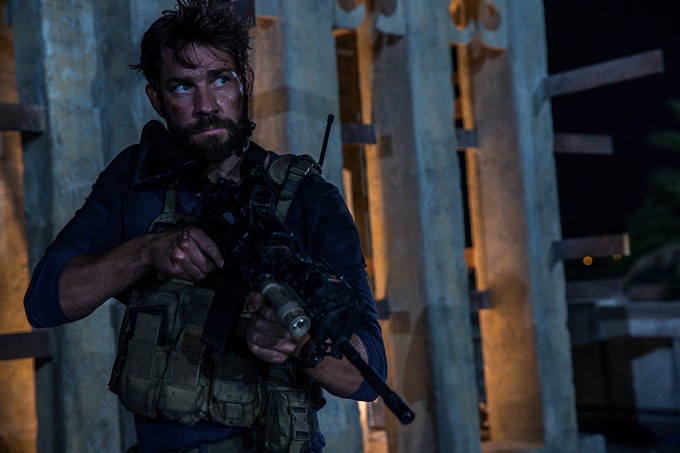 13 Hours: The Secret Soldiers of Benghazi tells an exciting story in the most boring way possible, like a patronizing picture book describing warfare.

The ensuing military incident lasted 13 hours, although you’d think it was longer watching the movie. Battered down alongside the paramilitary contractors, we limp to the finish, just hoping to see our families again.

13 Hours almost parodies itself. The subject matter is interesting and heavy, but every bad movie stereotype shambles in as lazily as possible. Meaningless platitudes go back and forth; families are mentioned long enough for us to remember that if anyone dies, they’re leaving at least one kid behind; and there’s one blonde woman whose purpose in the film seems to be purely chromosomal.

In the midst of bro-humor groaners — including multiple animal humping jokes, LMFAO’s “Sexy and I Know It” and the mockery of a translator’s impending death — we meet the squad composed of John Krasinski, James Badge Dale, Pablo Schreiber, David Denman, Dominic Fumusa and Max Martini. “Characters” might be too strong a word to throw around, considering they all share the same beard, build and personality. Individual performances drown in the chaos, lost in the testosterone and beard hair cocktail, any nuance or individuality obliterated in a queasicam shaker. 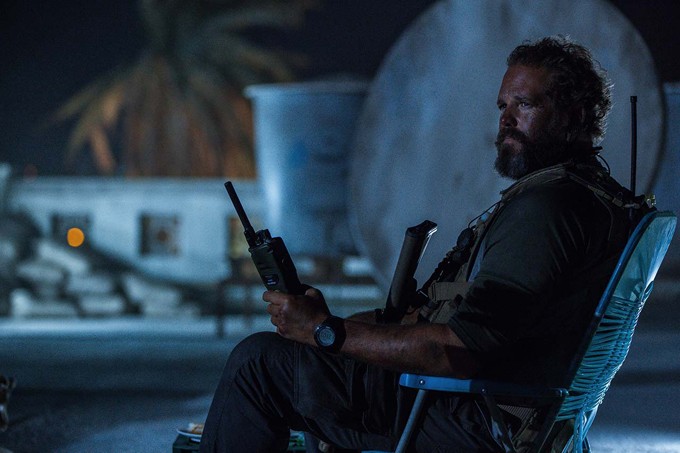 During a lull in the action, one of the Sweaty Beards notes that downtime is always the worst part of a combat situation. Adrenaline pumping, the mind wanders with nothing pragmatic to focus on. 13 Hours fails to pump a microgram of chemical excitement, allowing you to think poignantly about the better, more interesting things you could be doing with your time, despite the witching hour gun battles writ large on the silver screen in front of you.

Bay’s action shots fall into two categories: gruff men shooting off screen in waist-up mid-shots and the wide, chaotic polyphonic gun-and-light show between Americans and “the bad guys.” You can’t follow a bullet to a target, which means you never feel threatened or excited. People drop randomly, often indistinguishable from their neighbor. Lacking tangible action causality, the film flexes the flawed empowerment of a poorly designed video game. With invincibility — even perceived invincibility — excitement cannot exist. The combat feels like watching kids play make-believe in the backyard with stick rifles, bobbing in and out of wooded cover and quarrelling over who shot whom. Michael Bay fails to rouse our imagination, so we cannot follow his action.

Still stuck in a childish mindset of egocentrism, assuming everyone can see what he sees, Bay dictates explosions and gunfire while their dramatic justification resides only within his mind. Unfortunately for those subjected to 13 Hours, playing with G.I. Joes is always more fun than watching said player.