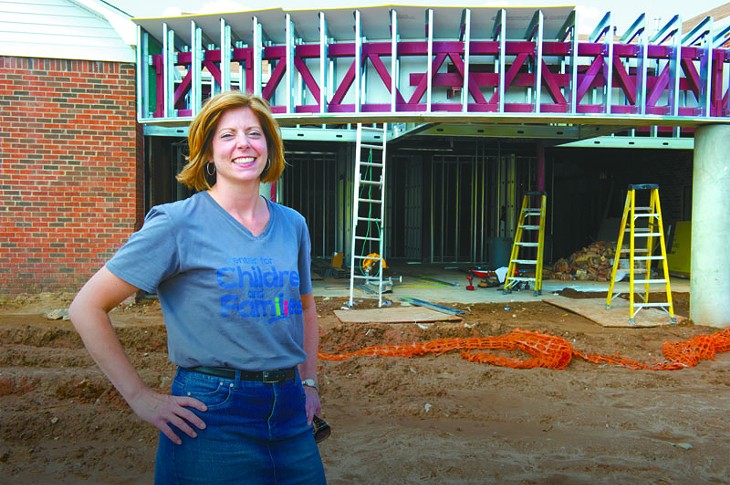 A yearly wine event will honor a charity that helps children, youth and families.

The Center for Children & Families, Inc. (CCF) in Norman will be the recipient of funds raised at the 12th annual Le Tour de Vin. The Rotary Club sponsors the two-day charity fundraiser that benefits a charity each year. In the 12-year history of the event, the Cross ß, Norman and Sooner Rotary Clubs have raised more than $750,000 for local charities. The event culminates with a wine-tasting and silent and live auctions Saturday at Riverwind Casino’s Showplace Theatre, 1544 W. Oklahoma 9. Le Tour de Vin is notable for being one of the largest wine-tasting events in Oklahoma, with more than 200 wines available to sample. Le Tour de Vin relocated to Riverwind Casino last year, after 10 years at the Stadium Club at the University of Oklahoma’s Gaylord Family Oklahoma Memorial Stadium. Le Tour de Vin Executive Director Laurie Wynn said Riverwind does not charge the Rotary clubs for use of the facility. CCF is a charity in Norman that works with children, youth and families. Programs include a baby pantry; neighborhood centers that offer recreational, educational and cultural activities; trauma services for abused and neglected children; and teen parenting education and support. Funds raised at Le Tour de Vin will be used for two CCF projects: renovation of an existing therapeutic area and construction of a new therapeutically oriented playground. CCF Executive Director Katie Fitzgerald said funds will help renovate five play therapy rooms. The rooms are equipped with items like dollhouses and kitchens that allow children to engage in play therapy. The outdoor equipment will be built to accommodate youth with physical needs. “Many of our kids who have been badly abused or neglected have developmental delays, and the equipment allows the kids to work where they most need work in those areas,” Fitzgerald said. Items to be auctioned include a South African photo safari, several bottles of top-shelf wine, a Florida Keys getaway, a football signed by OU’s Heisman Trophy winners and many other items. Republic National Distributing Company (RNDC) will donate the wine for the event, and the brands range from the well-known to the new and upcoming. RNDC will provide wines from Napa Valley and Sonoma in California, and some from Oregon and Washington as well as other regions in the U.S. Featured wines will include bottles from Elk Cove, Krupp Brothers, Pride Mountain, Schramsberg and Titus vineyards. International wines from France, Germany, Italy, South America, Spain, Australia and New Zealand will also be featured. Ten Norman restaurants, including Blu Fine Wine & Food, Blackbird Gastropub and Scratch Kitchen & Cocktails, will provide food this year. Tickets to the event are $100-$150 and are available at Le Tour de Vin’s website, letourdevin.com.