Considering Reduxion’s success with Cabaret and Sweeney, theatergoers will wonder what the company plans for next season. 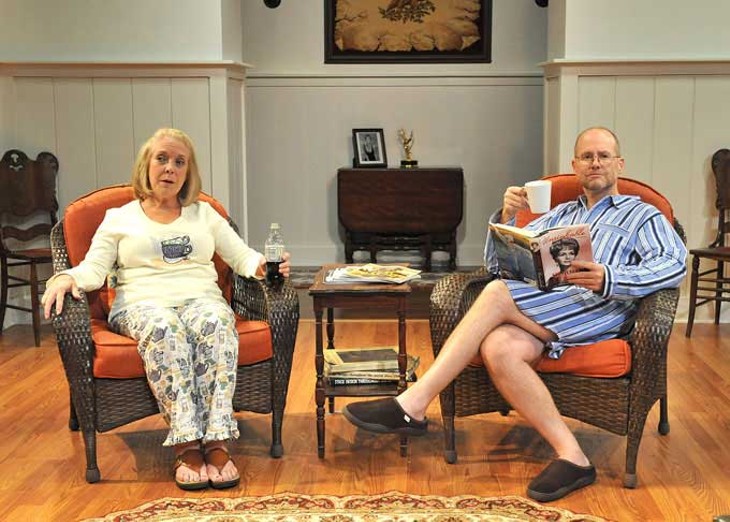 These 12 months will go down in the annals of Oklahoma City theater history as a weak year, and that’s not even counting the razing of Stage Center. This was a dreadful year for plays, but it was a little better for musicals, so let’s look back on things worth remembering.

Lyric Theatre presented the premiere of Triangle, a musical inspired by a most unlikely subject: the Triangle Shirtwaist Factory fire in 1911. This musical would be a good show for any professional or collegiate theater company. But, more importantly, Triangle represented Lyric’s commitment to producing new work, something all theater companies should be doing. Kudos go to Lyric’s artistic director, Michael Baron, and especially the company’s board of directors and management.

Flipside: The Patti Page Story by Greg White was first staged at the University of Central Oklahoma in 2011 but received a professional production here this year. It’s an appealing jukebox musical about the highly influential Oklahoma-born recording artist.

Flipside had a brief run at Oklahoma City Community College’s new, 1,049-seat theater. The venue still has to prove itself acoustically and for sightlines, but it could be welcome relief from the city’s severe shortage of theater space.

Oklahoma City Repertory Theatre’s Vanya and Sonia and Masha and Spike wins best play practically by default, although it would be a welcome production any year. Michael Jones has a knack for staging plays in the tiny CitySpace, and he was spot on with this Christopher Durang comedy. The show featured a fine cast highlighted by newcomer Kyra Wharton, whose all-out performance raised the production to a higher level.

Close behind Vanya was Pollard’s production of Eve Ensler’s 1999 piece The Vagina Monologues.

This provocative work has received many amateur readings, but Pollard gave it a well-deserved professional staging. Director Timothy Stewart chose wisely when he cast Elin Bhaird, Brenda Williams and Megan Montgomery in the show.

Before we pop the champagne corks and sing “Auld Lang Syne,” we should take note of Reduxion Theatre Company’s Sweeney Todd. This was one of the year’s most anticipated shows because it was staged by director Matthew Sipress and music director Brian Osborne, who helmed Reduxion’s wildly successful Cabaret last year. Sweeney featured strong performances by W. Jerome Stevenson in the title role and Elin Bhaird as his manically comic accomplice in crime, Mrs. Lovett, along with an excellent supporting cast.

Considering Reduxion’s success with Cabaret and Sweeney, theatergoers will wonder what the company plans for next season. Let’s hope for a better 2015.

Though local theater flourishes, its 2014 productions could have been better. Things are looking up for 2015.