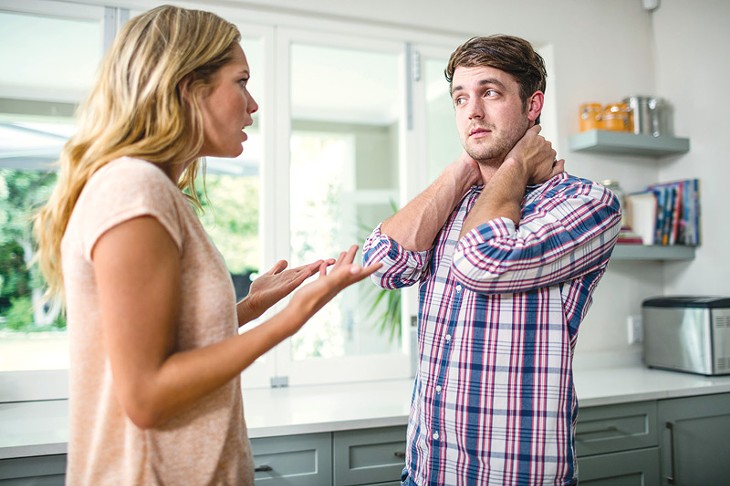 Feeling tense? Many people are. Political overload combined with harrowing headlines about social issues, large-scale budget cuts and even early-season college football losses have combined to make some Oklahomans anxious about social and holiday gatherings with friends or family members who might hold opposing views.

Oklahoma Gazette: Do you hear about family troubles stemming from election-season arguments? Joshua Nichols: Families have been arguing around the dinner table about politics since the beginning of time. However, I think most would agree that emotions are especially running high this political season. I have had people request that I help them learn how to manage and navigate through the holiday season, particularly with the stressors involving difficult family members. … With the heightened rawness of this election combined with the increased stressors that naturally come along with the holiday season, I can definitely see how, for a lot of families, trouble is lurking.

OKG: What are some tips for keeping out of heated exchanges? JN: One, know your crowd. In any given situation this holiday season, think about the group, crowd or audience you are engaged with. Most people can make educated guesses on what the hot-button topics will be. Identify those prior to the event. Two, know yourself. Most of us have enough insight into ourselves to know not only what our hot buttons are, but also how far we can go in a discussion before the hot buttons get pushed. Three, stay cognitive. These conversations tend to go south when one or both parties transition to emotion land, which means their head is no longer behind the wheel as their heart has taken over the show. Four, have a plan. Before we engage in these situations, we all should have a strategy for politely and subtly abandoning ship. Abandoning ship with a big splash can often be more damaging to relationships.

OKG: What’s the best way to reconcile after unintentionally upsetting someone? JN: If the person is someone that is typically reasonable and is willing to have a civil discussion, then the offending party can have more assurance that a sit-down-type discussion would end favorably, thus restoring that relationship. However, if the person is someone that has proven to be immature and unreasonable, then the offending party may have to resolve to simply offer an apology and move on. Whatever efforts toward reconciliation you make, I would highly encourage you to make minimal use of technology. In-person discussions … often hold us accountable to what we say and how we behave when attempting to repair the relationship.

OKG: Is it better to let someone know if they upset you or to just move on? JN: Sometimes we often feel compelled to address someone who has caused us pain, but they really don’t serve in any kind of significant role in our lives. However, if the person that hurt you is of significance in your life, I think it is absolutely OK to bring the grievance to their attention, as they may not even know they have hurt you. Be gentle, understanding and mature. Work hard at always being the calmest person in any given interaction when making an attempt at reconciliation.