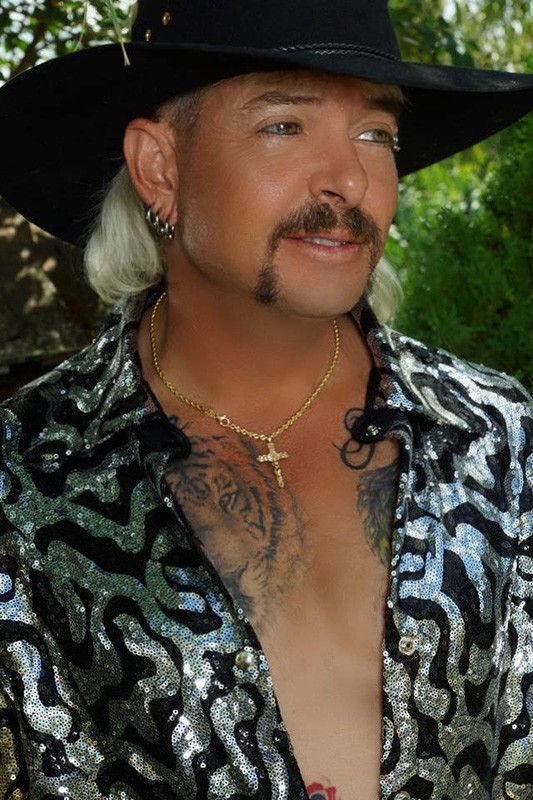 Almost a year ago, Joe Maldonado was lying in bed when he decided to run for president of the United States.

“I wondered, ‘What does it take for a politician to listen to a normal person without filling their pockets with donation money?’” he said. “If you don’t like what’s going on, change it.”

The next day, he filled out the paperwork necessary to run for president.

Better known by his stage name, Joe Exotic is the president of The Greater Wynnewood Exotic Animal Park and a country music singer. He is also on the ballot, running for president against Donald Trump and Hillary Clinton — just not in Oklahoma.

“They require so many signatures from an Independent it’s physically impossible to get on the ballot,” he said. “If they really wanted to make it fair, they’d change the Constitution.”

Maldonado is hoping for write-in votes in most states — Arkansas, Hawaii, Louisiana, Mississippi, Nevada, New Mexico, Oklahoma, South Carolina and South Dakota do not allow write-ins — but he’s on the official ballot in Colorado.

Some do it just to say they were on the ballot for president, Maldonado said, but he’s been going all over the country trying to raise support for his candidacy.

However successful his stumping efforts have been, arguably the biggest boost to Maldonado’s campaign came when some of his videos were featured Oct. 16 on HBO’s Last Week Tonight with John Oliver.

“Even though John Oliver’s thing was kind of a comedy, he did a good job,” he said. “I’ve got some real solutions, but people won’t give me the time of day.”

The national spotlight shone on him during a segment on third party candidates is getting new people to pay attention to his policy suggestions.

“Who cares who kissed who or gave who a blow job in the Oval Office?” Maldonado said. “Let’s fix this country.”

He said he won’t hide from who he is. He’s openly gay, married, used drugs in his youth, has had “kinky sex” and is “broke as shit,” according to one of the videos he posted about running for president.

“On my video message, the first one after signing up, I put it all out there, every skeleton I had in my closet,” he said. “I’m not ashamed of anything I’ve ever done. That’s what made me who I am today. Politicians who have never tried drugs won’t be able to stop America’s drug problem because they don’t know how that world operates.”

He’s anti-welfare and said it’s too easy to stay on unemployment.

“Nobody wants to work,” he said. “This country has lost all sight of being responsible. Last week, I just got back from Belize. I wanted to see a third-world country, how it operated, how they live.”

Non-citizens in Belize pay a monthly fee to the government to live there, which Maldonado would like to see implemented in the U.S.

“Why should we pay everybody else’s way?” he asked. “Our politicians are out of touch. Where does Donald Trump think we can throw 10 million working people out of the country? I say we charge them and use the money to reform Medicare. Let everybody have free insurance instead of the worthless crap we have now.”

Once the presidential election is over, Maldonado said he will run against U.S. Rep. Tom Cole (R-Moore).

“I’m not going to quit until politicians listen to some real solutions,” he said.

Among those ideas are revoking nonprofit status for every organization except for life-saving hospitals.

“They’re all putting campaign money into politicians’ pockets,” he said.

The same is true for religious organizations.

“Nobody needs to sit in a $10 million nonprofit church to talk to god,” he said.