Oklahoma Gazette talked with House Minority Leader Emily Virgin to get her response to the governor’s State of the State address.


The governor's FY 2021 executive budget is attached below. 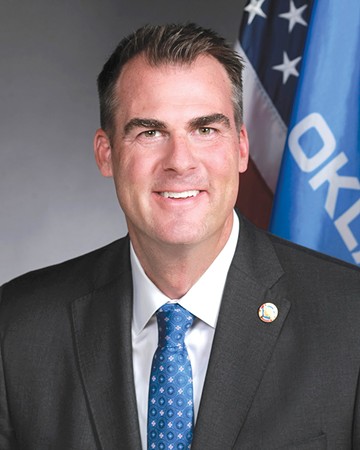 “Let me get right to the point. The state of our state is growing in strength, stability and new opportunity for generations to come. We are moving in the direction we all want to go: Top Ten in the nation,” he said. “And we are getting there because of the hard work of Oklahoma’s entrepreneurs, because of the dedication of teachers in the classroom, because of the generous givers and compassion coming from Oklahoma’s nonprofits, because of the community involvement of churches and because of those in this room and across our state agencies who are making the tough, selfless decisions for the future of our great state.”

In his address, Stitt proposed a cap increase from $5 million to $30 million in the Oklahoma Equal Opportunity Education Scholarship, a program that primarily benefits private schools. House Minority Leader Emily Virgin said this point illustrates that the governor’s “priorities are pretty backwards.”

“He essentially called for an increase of $25 million of state tax dollars going to private schools, but he only asked for about $12 million increase in the amount that public schools get from the state,” she said. “We know that our public schools in Oklahoma are still underfunded and they still need more investment to get where we want them to be. So for him to call for more money to go to more private schools than public schools in his State of the State was really disappointing.”

Stitt also talked about his intention to pursue a Donald Trump-backed Medicaid block grant plan. Despite a big push by Oklahomans to get Medicaid expansion on the ballot via initiative petition, Stitt has said this plan would give the state more flexibility.

“I just returned from Washington, D.C., where I stood with the Trump administration to announce that the State of Oklahoma will be pursuing new flexibilities through the Healthy Adult Opportunity. With these new flexibilities, Oklahoma will begin the process in the coming weeks to roll out SoonerCare 2.0,” he said. “Under this reformed Medicaid program, we will seek to close the gap of those uninsured in Oklahoma. We will deliver much-needed accountability in the Medicaid system to focus on rewarding health outcomes and stronger performance in care.”

Oklahoma could be the first in the nation to receive the Trump administration’s waiver in enacting the plan. Stitt urged lawmakers to pass legislation that shows support for the block grant plan.

Virgin said she does not support the governor’s plan.

“I think it was very telling that he talked about this being an Oklahoma plan, yet he announced the Oklahoma plan in Washington, D.C. because it’s something the Trump administration is essentially going to try out,” Virgin said. “We’re sort of their guinea pig, and I think that’s pretty irresponsible of the governor, to try this unproven program on the health of Oklahomans.”

She added that the Medicaid expansion state question is currently the best proposal to expand coverage.

“This is something that will benefit all Oklahomans,” she said. “When more people are insured, all of our costs go down.”

Stitt also brought up the lingering disagreement with the tribes over casino gambling, again saying the current gaming compact is expired, which is at the center of a current lawsuit.

“After five offers from the state for all stakeholders to come together to modernize the Model Gaming Compact, three tribes instead sued the State on New Year’s Eve,” he said. “While we wait for the federal court’s decision, I am calling for the Legislature to join me in protecting public education. I am asking for legislation that will allow the remaining cash balance from 2019 and funds from the Revenue Stabilization Fund to be leveraged, if needed, to compensate for any temporary pause in Class III gaming fees. As governor, I remain supportive of the sovereignty of the State of Oklahoma and our right — and your duty as the Legislature — to oversee all industries operating in the State.”

“We know that the tribal nations have sovereignty rights that we need to respect, and I’m not sure if he intended to use that word because he knew the connotation that it carries because tribal sovereignty is their most important issue or if it was just an oversight,” she said. “Either way, it was not good. He talked about how the tribes give between $100 and $150 million to the state through their gaming exclusivity fees … like it was the only thing that the tribes do for our state. That discounts the investments that they make all across the state, not just in education but in health care and roads and bridges and creating jobs.” 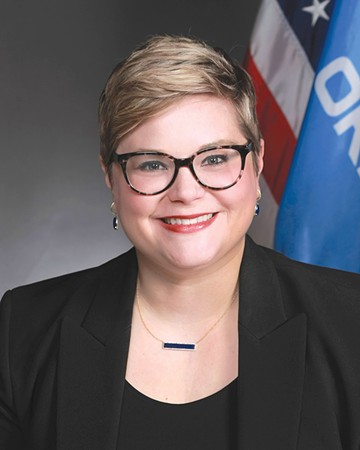 Virgin also criticized Stitt for bringing up the progress that has been made on criminal justice reform without talking about what he plans to continue doing.

“He did play a big part in finding legislation and granting commutation,” she said, “but there’s still a lot of work to be done on that issue. … In his executive budget that he handed out, he actually called for a decrease in funding for the state mental health department, which is pretty disappointing.

“We’re calling for an increase investment in mental health and substance abuse services to fund more mental health courts across the state … and funding for the mental health department’s Smart on Crime initiative, which does a lot of those things that I just talked about, but it also funds some other important criminal justice reform measures.”

“Oklahomans, our economy is competitive, and in this administration, we will keep it that way,” he said. “The greatest challenge before us today is government bureaucracy. In my first year of public service and as the chief executive, I have found government too big and too broken.”

He proposed further consolidation of state agencies. For example, he wants the Department of Corrections to absorb the Pardon and Parole Board, the Office of Emergency Management to merge with the Oklahoma Office of Homeland Security, Oklahoma Turnpike Authority and Department of Transportation to combine some functions and several health care agencies to consolidate into one central agency.

He also called on legislators to pass a bill by Sen. Joe Newhouse that would double the Constitutional cap on Oklahoma’s Rainy Day fund to 30 percent. This would require a statewide vote.

As the 2020 session unfolds, Virgin said she encourages Oklahomans to make their voices heard.

“The areas where we’ve seen progress in the past few years in Oklahoma … have happened because Oklahomans have gotten engaged and demanded that laws change,” she said. “So democracy does still work, at least at the state level. It works in response to the public demanding something. That’s what I would remind people. When they get engaged and they get their friends and family engaged, they really can change what’s going on.”

Visit oklegislature.gov to track bills or find your legislator’s information.