The moment each of us decides that Oklahoma City has arrived is slightly different, and in the past 10 or 15 years, the volume of momentous occasions has been such that there are plenty of choices.

Was it when the city put water in the river or when it got a Whole Foods? Was it when the first MAPS passed or when National Geographic Traveler listed Oklahoma City as one of the world’s must-see destinations in 2015?

Or is that moment now, with the June opening of hotel and art venue 21c, which is described by its staff and on its website as North America’s largest multivenue museum?

“21c is so much more than a hotel,” said Matt Cowden, 21c Museum Hotel Oklahoma City general manager. “It’s a perfect blend of Southern hospitality, chef-driven restaurant experiences and a beautiful place to call your home away from home, all anchored by a contemporary art museum.” 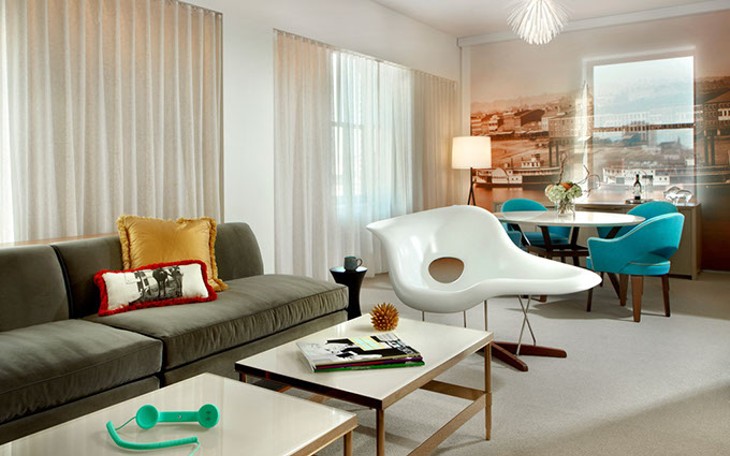 Created in 2005 for the Venice Biennale art exposition, the oversized, brightly hued birds migrated to a 21c location in Louisville, Kentucky, in 2006 before nesting in Oklahoma City.

Museum hotel management hinted it will unveil more surprises and artistic projects leading up to its anticipated opening in June.

The process by which art is displayed in the hotel is elaborate and overseen by Alice Gray Stites, the company’s museum director and chief curator.

“There are three components to the art programming at 21c: site-specific works, permanent works that are integrated throughout the building and even some outside,” Cowden said. “The second component is the rotating, curated exhibitions. Third, 21c offers cultural programming specific to the needs and wants of the local community.”

Themed hotel packages are plentiful and inventive and are crafted to showcase OKC’s arts and culture. For example, the OKC Like a Local package includes exclusive discounts at local shops and a $100 voucher to a local spa. Similarly, an Oklahoma City Museum of Art (OKCMOA) package allows guests two tickets to explore the venue’s 19th- and 20th-century art collection as well as 21c’s collection of 21st-century works. It also includes a $100 dinner credit to 21c’s Mary Eddy’s Kitchen+Lounge, led by executive chef Jason Campbell.

21c management said it is committed to each of its locations and takes pains to imbue its hotels with local lore. To wit, the name of the restaurant was carefully considered in light of the venue’s unique history. The renovated and modern former assembly plant building, built in 1916, was added to the National Register of Historic Places in 2016. The hotel was built as the Oklahoma City Ford Motor Company in 1916.

Oklahoma civic leader and industrialist Fred Jones took a job at the plant the year it opened, working his way up to owner, and bought the building in the late 1960s. Jones became one of the largest Ford dealers in the nation. Mary Eddy’s Kitchen+Lounge is named for Jones’ wife, an art enthusiast and philanthropist who believed in giving back to her community.

“On any given day, one can enjoy a great meal, spend the night, meet a friend or colleague for a drink, attend a meeting or a social function in one of our meeting or event spaces, view one of the current exhibitions free of charge, attend an artist lecture or a concert or one of our other cultural events,” Cowden said.