Historian Bob Blackburn reflects on Oklahoma City’s major changes throughout the past 40 years. 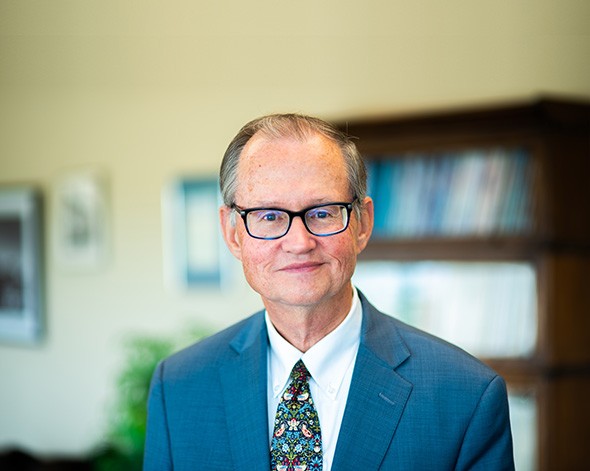 Oklahoma City as we know it was unrecognizable 40 years ago. While physical changes — like the contemporaneous influx of entertainment and eatery options — are obvious, the attitudes of city residents were also drastically different in 1979 and in the following decades.

“1979 was important for a lot of reasons,” said Bob Blackburn, executive director of Oklahoma Historical Society. “It was my first year with a PhD, I had just graduated and started my career as a historian. An acquaintance that I did some work for started a little newspaper called the Oklahoma Gazette, and I became one of the first columnists. … Importantly, one reason I think Bill [Bleakley] was so optimistic — it was the optimism of 1979 because of the deep gas boom.”

In the ’60s and most of the ’70s, oil and gas were in a depressed state, but by 1979, Blackburn recalls commercials encouraging people to get an oil well if they didn’t own one already.

“As all this money was flowing in; it was going to families who had mineral rights, so suddenly, Oklahoma was prospering,” he said. “Well, Bill Bleakley, a young attorney here in town, saw that and said, ‘Hey, I’m all in. I’m going to buy some buildings on Shartel.’ … We’re all feeling that way, this optimism. That’s when so many people were coming here for this boom. Well, that all came to a crash in 1982.”

“I call it our second Great Depression,” Blackburn said. “So the Gazette was born right near the peak of that mini boom, and then with the economy toppling off, it survived and kept reporting. … It hit bottom in ’85 , and that goes really to ’98, so we have 13 years of the second Great Depression, trying to pull ourselves out.”

Fueled by a resurgence of oil and gas, a real estate rebound and a change in banking laws, Oklahoma’s economy started to recover right before the end of the century.

“Add to that a couple of other things changing in Oklahoma City: MAPS, December 1993; a bare majority of Oklahoma City people say, ‘We’re going to invest in ourselves,’” Blackburn said. “That’s new.”

Up until then, OKC’s economy was based on trying to industrialize the state and attract outside businesses to provide jobs. However, while jobs were created, the investments went to other states.

“You get jobs, but you’re not getting an infusion of new leadership with this progression,” Blackburn said. “Well, the light bulbs go off: ‘Wait a minute. We’ve got to help ourselves.’ That’s the genesis of MAPS.”

“Then in ’05, [Hurricane] Katrina takes out the New Orleans Hornets arena,” he said. “Suddenly, we have a sports arena. That’s when Chris Paul comes here and the Thunder story starts with investing in ourselves, creating this infrastructure. Any business starts that way — lean and mean and you invest in your infrastructure.”

Both MAPS and the Thunder set Oklahoma City on a path of exponential growth and development, which Blackburn said started to alter the way people viewed their city.

While all of that unfolded, Blackburn said people learned about it through the lens of Gazette. While Greater Oklahoma City Chamber of Commerce attracted people with a stake in the game, Bleakley was an “outsider” who recruited other outsiders to the publication.

“The people he would attract would be those who questioned what was going on at a time when there was a lot going wrong. So the attitude was not quite counterculture but counter-mainstream at least, promoting and looking at things in a new way,” Blackburn said. “It was edgy, poking the beast that had been there forever and saying, ‘Wait a minute. Is this really the right policy? There are alternatives, and here is our opinion.’”

While it was political, Blackburn said Gazette looked at things from a cultural perspective, providing a different voice to mainstream talking points and opinions.

“Gazette is encouraging diversity, is encouraging hope, like, ‘Hey, we are not a cultural desert. Things are happening here,’” Blackburn said. “The Gazette is there, pulling back the curtain on what is happening and letting people know things are changing in an alternative voice. … There’s another way to look at our community, another way to report. Well, that gave so many people a voice.

“I think it’ll always be led by culture. That’s its bread and butter. What is the culture in Oklahoma City? Well, there’s food culture, musical culture, diversity culture, fashion culture — you go on. But I think political culture will have to be one of those three legs on the stool to let people know, to engage with what’s happening in the political culture. And then there’s business promoting people saying, ‘Yeah, I’m willing to invest.’ People want to look at the Gazette and say, ‘Oh it’s a socialistic approach.’ Well, it’s not. To me, the Gazette is a champion of free enterprise.”

When Blackburn’s son graduated high school in 2001, Blackburn said it was still assumed young people would move away to find hope and opportunities elsewhere. While things were changing, Oklahoma City was only just becoming attractive enough to give young people a reason to stay.

“After 2001, we start seeing the results,” he said. “‘Mediocrity is good enough for Oklahomans.’ That had been the general attitude about government. … Saying, ‘No, it’s not good enough’ was part of this new attitude. Suddenly, we’re saying, ‘Wait a minute. Yeah, I can get a lot of food at that cafeteria for $2.75, but I’m willing to pay $5 for a nicer meal at Cheever’s.’ People are saying, ‘No, I can do better.’”

After that, Oklahoma City began evolving more quickly. Blackburn said the city started valuing diversity more than it ever had, along with things like the arts, mass transit and holding its government to higher standards.

“When the city’s changing, the Gazette is changing. Today, you open a Gazette, you look at the restaurant section, you see all these restaurants. You go from Indian to Latin, Asian fusion. You can go to street tacos — all this variety. You would’ve never seen this before this metamorphosis,” Blackburn said. “And now the Gazette suddenly has more advertisers, and with more advertisers, it’s another solid base to hire staff. They’re able to attract a stream of talented young people who share this commitment to diversity, to social justice, to equal opportunity and covering the city with that set of eyes. … We’ve come a long way, and we’ve come a long way very fast in Oklahoma City since the ’80s and that second Great Depression. I just feel fortunate as a historian. I’ve seen this unfolding. That helps me understand the past better than I knew it before.

“We need to applaud Bill Bleakley for having this dream and launching this. I think he did it for the right reasons. He felt responsibility. He was a privileged person. He had a law degree, he had money to invest, but he said other people need a voice too, and he was willing to put his time and resources into it.”