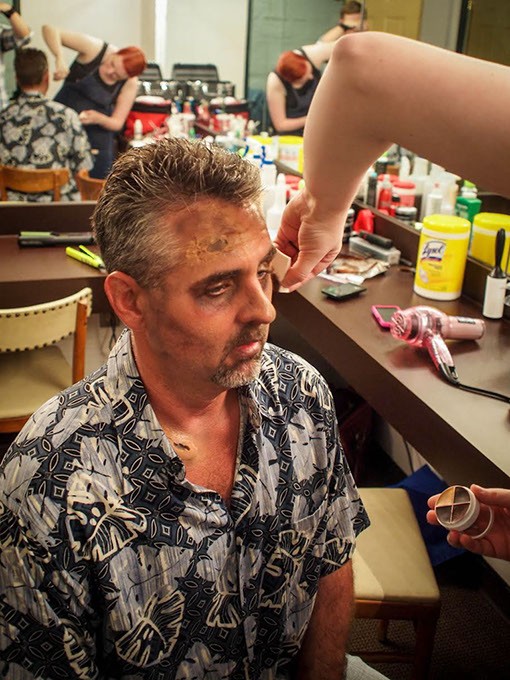 Armed with cameras and caffeine, 30 teams of filmmakers will descend upon The Paramount Theater in Film Row 7 p.m. Friday to compete in the Oklahoma City 48-Hour Film Project, taking their creations from concept to completion by 7:30 p.m. Sunday.

Sleep will be a privilege, time management a friend.

Ben Hlavaty, producer of the Oklahoma City 48-hour Film Project, said Oklahoma City is one of 140 cities around the world to participate in this year’s speed-art competition.

“It’s getting better every year. We have filmmakers from all over who come in to make these great films, and we have guys who have won Emmy Awards who are participating,” Hlavaty said. “All the area film festivals have shown films that have come out of the 48 Hour Film Project. In fact, the film that wins Oklahoma City becomes the first selection at deadCenter [Film Festival]. That becomes a big draw, because if you can go out and win the 48-Hour Film Project, you’re already in.”

Each project comes with simple requirements determined at the start of the contest. A filmmaker draws a genre out of a hat and then draws a character name, a character trait, a line of dialogue and a prop. Once teams have marching orders, how they spend their time is up to them. Their most important tasks involve scriptwriting, rehearsing costume and set design, shooting, editing, sound design, rendering and outputting to media for submission.

Hlavaty said the process is never easy, but the most successful teams find ways to make it all work for them while the clock ticks onward.

“I think every team is different. You can’t get rid of anything that you’d typically do in a regular film. What happens is you just half-ass it sometimes,” he explained. “You go, ‘Hey, this will have to work.’ You don’t have time for reshoots, you don’t have time for a lot of ADR [dubbing or re-recording audio].”

The biggest time-suck, though, takes place in the editing room.

“The poor editors; they’re the ones who sit there all night from Saturday evening to Sunday afternoon.,” he said. “They kill themselves to get it done, because if they’re just one minute late, it’s disqualified. So I think sleep is the biggest thing that goes by the wayside.”

The results are screened to the public 5 p.m. and 7:30 p.m. Aug. 7 at OKC Farmers Public Market, 311 S. Klein Ave. Hlavaty said teams also get to see the results of their two-day campaign on the big screen and determine whether they spent their time wisely.

“Some people fold under the pressure, but some people go into the competition saying, ‘No matter what happens, we’re making a movie this weekend,’” he said. “Those are the ones that tend to do better, because they don’t put as much pressure on themselves.”

Learn more about the project and see last year’s film shorts at 48hourfilm.com/oklahoma-city-ok.

This year’s entries include: