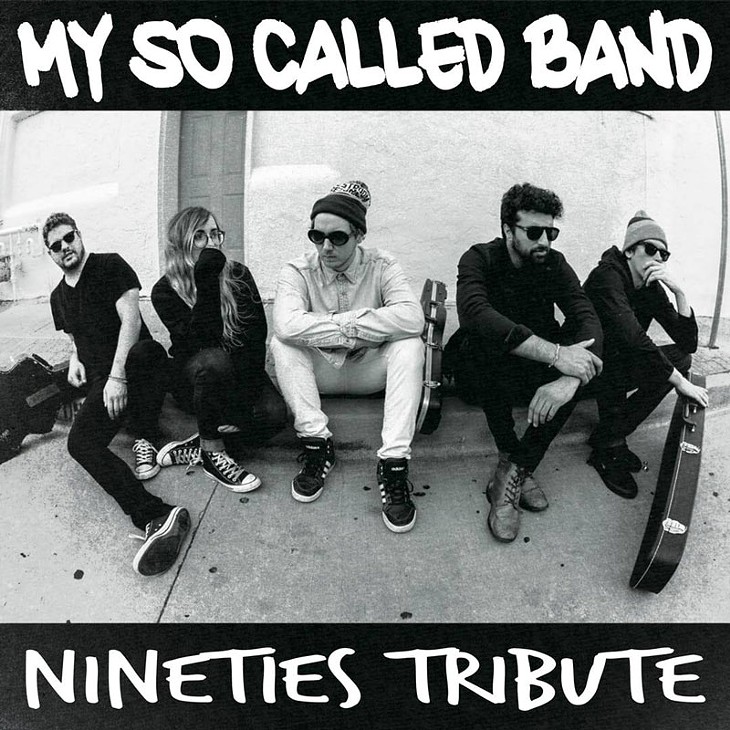 My So Called Band

Ah, for the old days of packing ‘em in at the Tower Theater and Tulsa’s Vanguard.  Those times will return and when they do My So Called Band will be there to once again tear up hits from the 1990’s and early 2000’s.  Formed in 2010, the local five-some and their loyal following are counting down the days until we can all be together again, dancing our butts off.

In September of 2015, developer Steve Mason sought away to convert a shabby alleyway into something that would add to the increasingly popular Plaza District.  A plan was hatched to create Plaza Walls, a curated, rotating mural project managed and produced by The Oklahoma Mural Syndicate. The project was launched by Dylan Bradway and Kristopher Kanaly with approval by the Oklahoma City Arts Commission and Urban Design Commission with a mission to advocate and create public art throughout Oklahoma.

Plaza Walls has now become a draw in itself and has been well supported by the district businesses.

When city council passed an ordinance requiring 1% of the budget for all public construction projects to be dedicated to public art, it went relatively unnoticed.  Now, you see the results all over town with many bright murals and interesting sculptures and art displays.  Amid all the new competition for eyeballs, the passionate leaders in the Plaza District continue to evolve the Plaza Walls project, a great place to stroll after dinner and drinks.  Our readers still think it’s the best.

At the Gazette, we have been covering OKC for over 42 years and thus can remember the dark days of the 80’s when The Paseo was the only urban district in town.  Now that there are more than a dozen thriving enclaves, voters still regard the original as the top pick.  There is just something about the eclectic collection of artists, galleries, shops, restaurants and festivals combined with the organic (as in not manufactured) Southwestern architecture and charming neighborhoods that surround.  In the past few years, new construction has brought even more to love and has kept The Paseo a gem in the heart of the city.