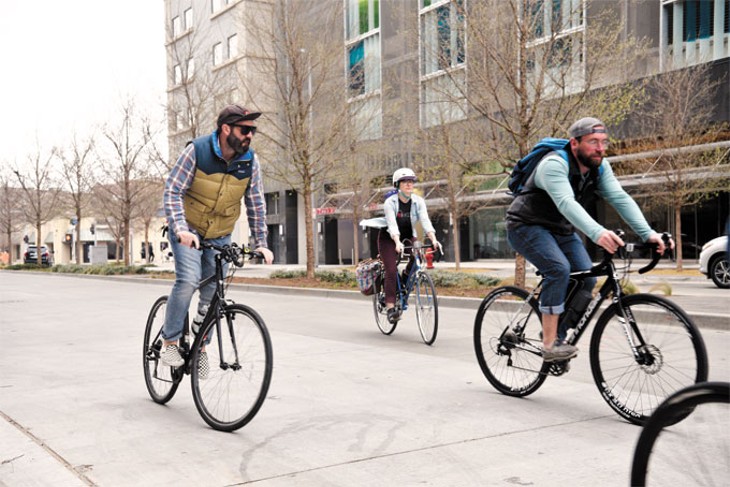 There is no denying that Oklahoma City, like many other U.S. cities, is an automobile-centric city. While there are signs of progress for active transportation, from the arrival of trails winding through the city’s natural landscapes to constructing miles of sidewalks through residential and commercial areas, much of the city still has a way to go when it comes to encouraging cycling and walking.

Tucked inside the pages of planokc, the City of Oklahoma City’s guide for policy, infrastructure and planning decisions, was not only a section listing initiatives relating to walking and biking but a call to create a master plan for pedestrians and cyclists. The idea was to study and plan for how to expand and improve bicycle and pedestrian infrastructure to ensure the city’s transportation network allowed for bicycling and walking as safe and comfortable modes of travel.

About three years ago, planners from the city’s Planning Department set off into research, asking citizens how they used the city’s active transportation network and how they would like to use it.

“If you’ve walked or biked in Oklahoma City, you know that there are barriers,” John Tankard, an associate planner for the city, said. “What are some significant barriers that we can address?”

The answers were not simple.

After years of planning department research and study, combined with several community outreach meetings and the guidance of an advisory council, the end result is bikewalkokc. This plan lays the foundation for the development of an active transportation network and builds from existing city plans, such as 1997’s Trails Master Plan and 2008’s Bicycle Transportation Plan. While it awaits a hearing from the Planning Commission and Oklahoma City Council, the 149-page draft document recently completed a public comment period.

The proposal has its supporters, who view the plan as a way to improve safety and the community’s quality of life. If a downtown meetup in which cyclists and pedestrians discussed and traveled along streets where improvements are suggested is any indication, bikewalkokc is the strategy many have asked for with investments of sidewalks and walker-friendly infrastructure in pedestrian priority areas, the erection of two cycling arterials called crosstown corridors and off-street alternative paths in suburban areas, called neighborhood greenways.

“There is a functional approach to this plan,” Tankard said. “It is about increasing access to the places people need to get to.” 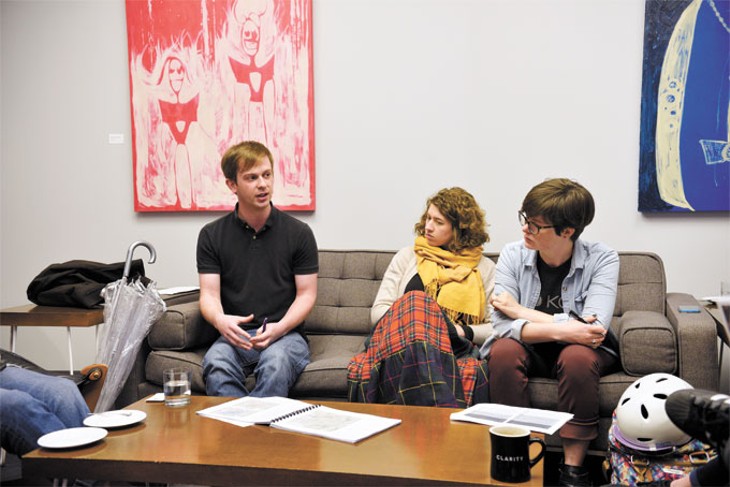 bikewalkokc is a plan that highlights challenges, opportunities and strategies for a citywide bicycle and pedestrian network for riders and walkers of all ages and abilities. It can be viewed as a capital improvement plan as well as one plan with two components: pedestrian and bicycle infrastructure.

The proposal appeals to those who utilize the city’s active transportation network for pleasure and fitness as well as necessity, Tankard said. The pedestrian priority areas are a good example. bikewalkokc identified 10 sections of the city that require a boost to become safe, comfortable pedestrian corridors. Sections have chosen a variety of criteria, including data around the number of households without access to an automobile, households in poverty, the elderly and the young and locations of schools, parks, churches, shops and health care facilities.

“Pedestrian priority areas are a great way to do repair to the network that for 40 to 50 years did not require sidewalks for new development,” Tankard said. “We are actually using this plan to go back and fix some of those gaps that were left to us by previous generations that were more focused on automobiles.”

The plan also recognizes the needs of residents in the suburbs. Like their more urban neighbors, suburban residents also desire sidewalks for traveling to schools and parks. Unlike the urban core, suburban neighborhoods often prevent through-traffic, which can force cyclists and pedestrians to share the roads with automobiles. Greenway trails, which are bike and pedestrian paths, slice through natural open spaces in suburbs to allow travel to neighborhood schools, parks or businesses.

The document also proposes long-range planning for expanding and developing bicycle infrastructure in the city, including an emphasis on designating bike routes and promoting bicycling as a viable transportation option.

Early last week, cycling enthusiasts and walkers reviewed and discussed bikewalkokc at downtown’s Clarity Coffee; outside the shop’s doors are wide sidewalks home to bike racks and a striped bike lane with green paint along Walker Avenue. Tankard presented the plan and fielded crowd questions, including information on what proposal supporters can do to ensure its passage and keep active transportation a city priority. The answer was simple: Share desires with city council members as well as the new Better Streets, Safer City Advisory Board, a recommending body on projects for the new, temporary sales tax. Another suggestion was to advocate for the creation of a bike and pedestrian advisory committee to the mayor.

Midtown resident Stuart Campbell said downtown OKC, which saw significant investments in pedestrian infrastructure with Project 180, is a good example of what could come to other areas of the city under bikewalkokc.

“Making cycling and walking a more viable option is a large goal, but I think ... that Oklahoma City is up for the task,” said Campbell, who often rides his bike to work. “The plan is dense and it’s large, but that’s because a lot needs to happen to get to the point where cycling and walking are safe and accessible for every person in our community. It will take a lot of work to get there, but Oklahoma City is on the right path.”