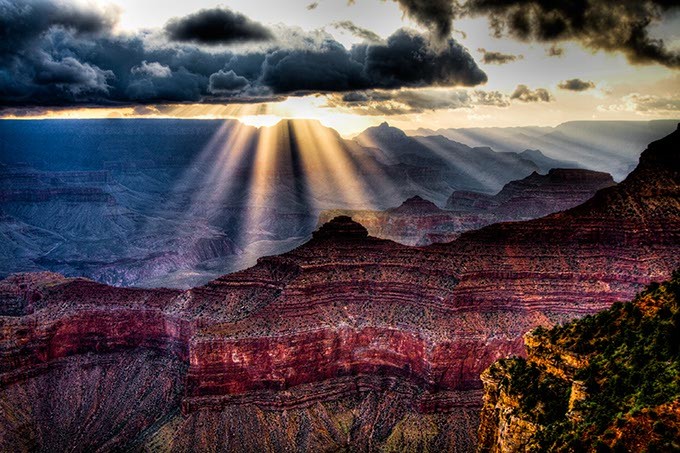 The Paseo Arts District’s In Your Eye Studio & Gallery has a new exhibit starting Friday in A Pair of Shortts: An Exploration in Photography. The exhibit features father-and-son photographers Carl Shortt Jr. and Carl Shortt III. Both photographers explore varied aspects of the great outdoors, capturing bewitching landscapes and cityscapes in dazzling light and color. Opening night is 6-10 p.m. Friday, and the exhibit will continue through Sept. 27.

“Carl Shortt Jr. is a member of our gallery and a well-known, highly regarded Oklahoma City photographer,” In Your Eye Studio & Gallery owner Janice Mathews-Gordon said. “He decided pairing his work with that of his son, Carl Shortt III, also an accomplished photographer, would make a dynamite show, and members of the gallery all agreed.”

The Shortts were born and raised in Oklahoma. Shorrt III retired from banking after 35 years and learned to love photography from his father, Shortt Jr.

“When I was very young, Dad loved to shoot black-and-white print film,” Shortt III said. “He developed the film and made prints in our bathroom. I can remember standing in the dim red light of the makeshift dark room and watching Dad’s prints come to life in the developing tank.”

A Pair of Shortts is two explorations.

Both photographers are experts in outdoor photography, most notably in expansive views of landforms, iconic landmarks and places. Their photos are dramatic in scope, detail and light.

“When people view these awesome landscapes and cityscapes, I think they will gain a sense of something much bigger than themselves,” Mathews-Gordon said.

He also presents fresh views on the city’s landmarks. His goal is to capture the very essence of OKC, a city built on the prairie with a temperamental nature characterized at times by stark brightness, moody or menacing clouds and vivid sunsets after another angry storm.

“It’s all about the right combination of the beautiful subject and gorgeous light,” Shortt Jr. said.

His father’s focus has been the landscapes of the Southwest. An expert at his craft, Shortt III portrays the sheer magnitude of many of our country’s most unique geography.

“We live in an amazing world,” Shortt III said, “and every day, we are surrounded by amazing works of nature.”

It’s through this passion and labor of photography and deep love of nature, our surroundings and our city that makes getting lost in either of the Shortts’ photographs easy, capturing shots like this and turning them into more than a photograph — a piece of art with a unique perspective.

“I want [people] to feel joy and happiness from viewing beautiful photographs,” Shortt Jr. said. “I also hope that the photos to evoke a fond memory or story for the viewers.”

A Pair of Shortts: An Exploration in Photography

In Your Eye Gallery