A final effort to reverse course of downtown boulevard 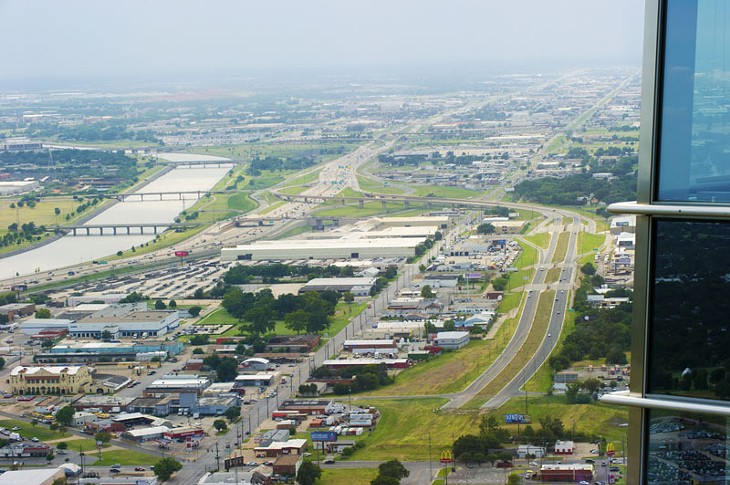 As a controversial plan for a downtown boulevard enters the homestretch of the design phase, opponents hope the Oklahoma City Council will step in and at least consider backing an alternative to what the Oklahoma Department of Transportation (ODOT) has planned.

Friends for a Better Boulevard, which believes the current boulevard plan from ODOT is based on outdated traffic numbers and would be harmful to the downtown community, submitted a letter this week to the city council asking it to consider a resolution requesting ODOT to rethink its approach.

The boulevard is designed to replace the old portion of Interstate 40 that was torn down following realignment closer to the river.

“Friends for a Better Boulevard (FBB) is ... requesting that consideration be given towards a revote on the OKC Boulevard design and alignment options,” the letter to the mayor and council said. “The reason for this request is due to the many changes that have been made by ODOT to develop the current four options.”

While final design and construction of the boulevard project rests with ODOT, the city council voted in 2013 to support an alternative that features some elevated portions. FBB says updated traffic numbers since the council last voted should warrant a new look.

“Friends for a Better Boulevard believes that this berm and bridge proposal [supported by the council in 2013] may potentially be entirely unnecessary if the traffic models were rerun ... with the new numbers that ODOT is now using,” the letter states. “We believe that this berm presents a physical and visual barrier that bifurcates the Film Row District from the Farmer’s Market District and Capitol Hill. A physical barrier that may entirely be unnecessary and result in stifled socioeconomic and pedestrian activity in the area.”

As ODOT prepares to announce its final plans this fall, the FBB letter to the council constitutes a last-ditch effort to stop construction of what the group sees as a “highway lite” option. However, few on the council appear willing to bring the boulevard issue back for a vote.

“If they want us to look at the no-build option, I don’t think that is a good idea,” Ward 6 Councilwoman Meg Salyer said about a boulevard option that would run completely level with current downtown streets, making minimal changes to the current layout.

While FBB has not officially endorsed the “no build option,” also known as Alternative D, many with the group and other opponents have expressed support for it.

“I think we need move forward,” Salyer said. “There comes a time where we have to settle on an alignment. After working on this for a couple of years now, I think we have the best compromise.”

FBB also says a revote would be a good idea because two members of the current council were not in office at the time of the 2013 vote. Ward 7 Councilman John Pettis Jr, who was elected after the boulevard vote, said he would be open to discussing the issue but does not plan to push for another vote.

“I’m open to all discussions,” Pettis said. “But this isn’t my focus right now.”

A spokesperson for the mayor also said Mick Cornett was ready to move forward and felt ODOT’s current plan meets the city’s needs.

Following an open house earlier this year, ODOT announced it was moving forward with Alternative C. However, public comments were gathered, along with further suggestions from city officials, and the final plans are being completed with those comments in mind, said Brian Taylor, an ODOT engineer.

“We have taken the comments that have been submitted to us and are making necessary modifications so we can submit our preferred alternative this fall,” Taylor said.

Taylor also said additional bike and pedestrian features will be present in the final plan.

The controversy over the boulevard stems from ODOT’s desire to move traffic in and out of downtown as quickly as possible, versus a desire by some, like FBB, to see a boulevard more in line with current downtown streets.

However, while organizers with FBB and other groups might feel their concerns have been ignored, ODOT says the project represents one of the largest collaborations of transit officials and the public in state history.

“It’s a success story because of our public involvement,” said Brenda Perry, spokesperson for ODOT.

Perry also said more public comments would be accepted when the final proposal is unveiled this year.

ODOT is in the process of completing an environmental assessment to submit to the Federal Highway Administration (FHWA). If approved, ODOT will be able to proceed with its final design. However, the federal government could require ODOT to complete an environmental impact study, which could take years to finalize.

FBB, which believes the currently proposed boulevard harms economic development, hopes the federal government will not accept the environmental assessment for the same reason. However, Doug Hecox, a public affairs specialist with the FHWA, said the economic development issue would not be considered.

“We are trying to improve traffic flow and traffic safety. That’s our business,” Hecox said. “We don’t judge which project they should do. It’s their road system. We are just there to make sure federal funds are used correctly.”

End of the road

A local group makes another effort to reverse the course of a proposed downtown boulevard.