A Hundred Years in the Making

The story behind OKC’s Film Row is well-known: In the 1920s, the biggest movie studios built facilities along a stretch of Sheridan Avenue to house development labs, screening rooms, and distribution centers for their films. As the industry eventually evolved, so too did Film Row. Transitioning from Hollywood hub to heyday holdover to hipster hotspot, it left the district’s cinematic history largely relegated to nothing more than its name.

There is one structural survivor on the Row, however, that is enter- ing a new era of interest while respectfully paying tribute to its film- making roots: The Paramount Building. With a screening room and fireproof vault intact, the building has survived for a century hosting all manner of creative and welcoming spaces, all leading to its current resurgence as one of the leading lights of the exploding area. 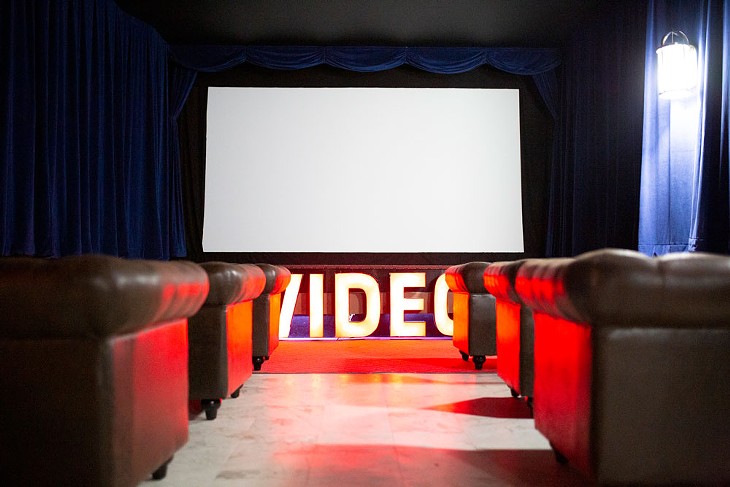 One of the Paramount’s newest occupants that is already picking up the movie-centric reins and enjoying quick success is Rodeo Cinema, the most recent custodians of the building’s beloved screening room.

Expanding into Film Row from their other location in the Stockyards, Rodeo Cinema jumped at the chance to be a part of the Paramount’s lauded history.

“I heard that the old screening room might be destroyed or repurposed by something like a sandwich shop,” says theater manager Sean Peel. “I knew we had to do everything we could to save that piece of OKC film history.”

Rodeo already has big plans for how to utilize the space and encourage audiences to come out for guest signings and Q&A events.

“The Film Row location is going to allow us to screen bigger movies and for longer,” Peel says. “Also, it’s kind of a homecoming for our monthly VHSANDCHILL screen- ings. We showed films there for over a year working with the old Paramount Room bar, and coming back to this updated screening room is just fantastic.”

The “old guard” of the Paramount is undoubtedly the deadCenter Film Festival offices, led by Executive Director Alyx Picard Davis. Since 2018, their presence has helped to maintain the filmmaking legacy of the building while working to bolster Oklahoma’s standing within the national movie industry.

“Because of the historic nature of Film Row, we really wanted to stay as close as possible,” Davis says.

That proximity to the driving spirit of the film industry gave the deadCenter team the fuel needed to achieve some of the greatest successes in the now 20-year history of the festival and film education program, capping this year’s summer season with a major announcement that’s been years in the works.

“We have been designated as a qualifying festival for the Academy Awards short film awards,” Davis tells us. “That’s been a huge goal for us and opens the door to more submissions, more opportunities for alumni filmmakers, and is really, really cool.”

Created from friendships and hobbies shared among members of venerable OKC blues-rock outfit Mojo Thief, Core4 made the jump from homebrewing between band practices to setting up shop inside the Paramount. Since Day One, they’ve let the space’s legacy of entertainment and creativity be their guiding star.

“We truly pride ourselves on our core values of creativity, open-mindedness, resourcefulness, and education,” says co- founder Buck Buchanan. “We have an event nearly every day of the week, including trivia, bingo, and open mic nights. We have live music on the weekends and host a monthly local art show as well.”

They also believe in using their location and standing to help raise the profiles of issues and groups that are too often ignored or overlooked outside of designated times and spaces.

“We have also formed our monthly ‘Pints of Pride’ event. The second Friday of every month, we celebrate those in the LGBTQ+ community. We highlight local artists, musicians, and entertainers all while raising 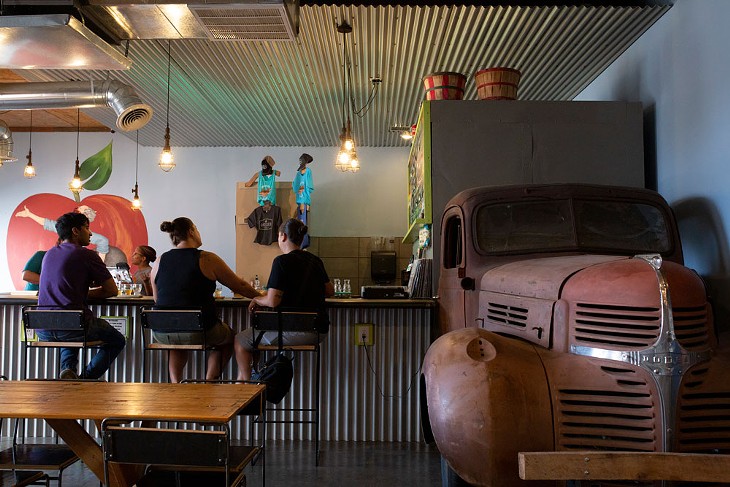 Currently Oklahoma’s lone cidery, the OK Cider crew has fully embraced the maverick spirit of the area. While producing cider sets them well apart within the state’s beer-saturated market, their use of various different beer yeasts makes them unique even within the larger world of ciders.

“It gives us the opportunity to label our ciders as a beer style that most customers are going to understand,” ex- plains co-founder Tim King. “The learn- ing curve for us has been that we don’t know of anyone making cider in the way we are with the beer influence and styles we are making.”

Like their neighbors, OK Cider is putting loads of effort into events and theme nights to bring out new drinkers, hosting a knitting group and a “vinyl night.” King’s sights are already set much further and wider.

“We’re in talks to do some collabo- ration projects with cideries across the U.S. and spread our beer-inspired ciders and techniques to areas outside of Oklahoma.” 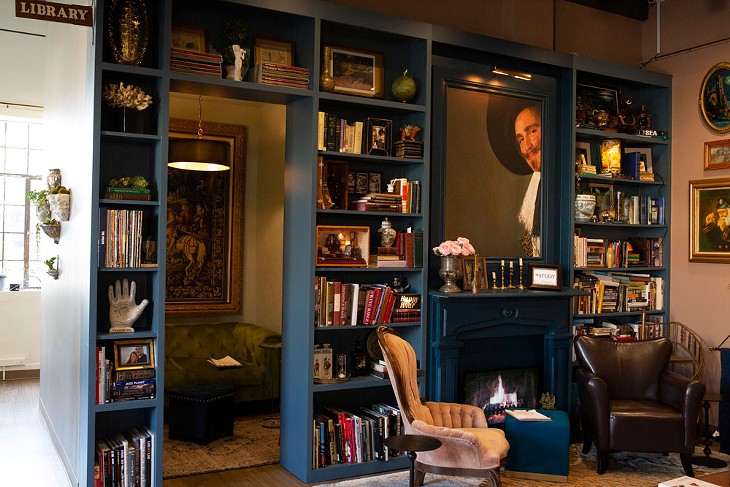 Also taking a stab at a largely untapped niche is the firmly wine-oriented new bar, The Study. With their singular focus, the tight-knit group of friends that conceived the space is able to shine a spotlight on wines-by-the-glass that no other bar in OK can rival.

“From day one, we never planned to have cocktails as part of our concept, primarily because there are so many amazing cocktail bars in OKC already,” co-founder Megan Allen said. “We were purposeful in not wanting to dilute our focus and decided to steal from European models of being a wine bar only and nothing else.”

Though The Study’s attention remains purely on the vino variety, Allen is quick to acknowledge the close friend- ship and support of the other bars, and even predicts that a “Paramount Pub Crawl” is sure to gain some steam in the near future.

“Our co-location strengthens that bond in ways that many other bar owners may not get to experience.”

Opening this fall, Peret’s Coffee is already generating chatter just by the concept of “late-night coffee and dessert” and the mystery surrounding what will populate their menu and how patrons will respond.

“We wanted a place to go after dinner where we could just sit, enjoy a tasty dessert, and have a nice conversation,” creator Morgan Mathis says of himself and his wife and co-founder Shea. “We wanted a cozy escape in downtown.”

Morgan says he discovered a love for crafting fine coffee while on military de- ployment in Africa, leading him to develop the Peret’s concept as an outlet for high- end brews and rich desserts, providing a perfect complement to the building’s wine, beer, and cider offerings.

“It is funny how that has worked out,” he says. “When we started looking at Peret’s, we didn’t know the businesses going in around us, nor could we have hoped for such synergy.”