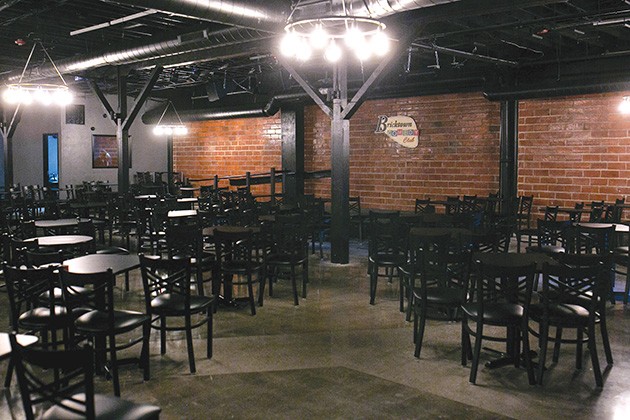 “People in Oklahoma deserve live entertainment and want live entertainment, and artists want to give that to them,” BARK CEO Adam Norwest said. “I think the farthest seat from our stage is 30 or 40 feet, so you pay $40 and you can be that close to Damon Wayans. That’s not something that you can do normally. … It’s cool getting to bring it to that level, and some of the comedians like to meet fans afterward. They don’t usually have time to do that in a theater with 1,000 or 2,000 people, but they can get through a line of 200.”

Bricktown Comedy Club is connected to Gamers Arcade Bar, which also opened this past weekend. Though the two are connected, Norwest said you don’t need tickets for a show to enjoy drinks or games at the bar.

“It’s great if you want to go before the show or after the show or even on a day when we don’t have a show,” Norwest said. “We have like 25 or 30 games. We have a really amazing mural that was painted by a local artist, Chris Presley. It says, ‘Greetings from Bricktown,’ and has a montage of a bunch of video game characters. … To me, it’s more of a bar that happens to have video games that you can play and it gives you something to do.”

BARK Entertainment has opened three other comedy clubs, the first of which opened in Tacoma in 2011. Its club in Spokane, Washington, also has an arcade bar connected to it.

Bricktown Comedy Club features a full bar with 10 beers on tap, bottled beer, wine and what Norwest calls “really good bar food,” the bulk of it being gourmet sandwiches.

Norwest said the club and arcade will give people in Bricktown something slightly different to do, making for a great date spot.

“One of my favorite things about our first club is we have people who come in and say, ‘We had their first date here. We celebrated and got engaged here. We have kids now,’” Norwest said. “I take full credit for it. If the marriage doesn’t work out and they got divorced, maybe they should’ve come to more comedy shows. We at least take responsibility for love happening. But it’s a great first date or date anyway because you don’t have to be funny. Somebody else can be funny, and it lightens the mood and eases tension.”

Tickets are generally $10-$20 per person but can be higher for special events. There are two levels of tickets: general admission, which is for seats on a first-come-first-served basis, and premium tickets, which guarantee seating in the front couple of rows.

“If you don’t know who [John Heffron] is and you just want to come check the club out and see a good show, I promise times a million you’ll think he’s funny,” Norwest said. “Some people have expressed concern about Bricktown on New Year’s Eve, but that’s why we have two shows. We have the 7:30, so you get out of there at 9 o’clock and get home before anything gets crazy, or we have the 10:30 show. You can count down to midnight and then go party it up in Bricktown. I’m just super excited about that show.” 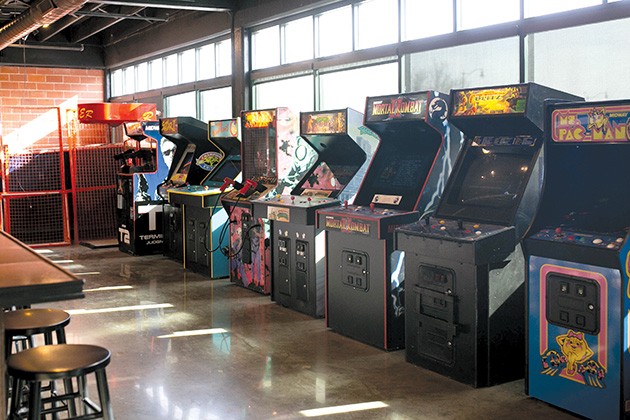 Norwest is also particularly excited about Dave Attell’s shows in February but is proud of being able to showcase a variety of comics.

One of the club’s latest bookings is Trevor Wallace, who got started in comedy through Vine before creating various viral YouTube videos.

“I’m super excited about that. And that was really cool to book too because that’s one I know we had to offer it on and it just sat there forever, and then he came to our Tacoma Comedy Club Dec. 10 and right afterwards he got confirmed,” Norwest said. “My mom actually went to his show … and she thought he was really funny, and she’s never seen any of his videos or anything. So it always makes me happy that somebody is good for any general audience that might not know who they are.”

Norwest, a retired comedian himself, said the most common question he gets is whether or not he’ll ever perform at one of his comedy clubs.

“I say, ‘No.’ I say, ‘I retired’ … but I think Kiss is doing their seventh retirement tour right now, so I won’t say goodbye forever. You never know what’ll happen,” he said. “I will say, when we tested the sound system out, I thought, ‘Oh this is good. I want to tell jokes here.’ … I’ll make a deal that if I ever come out of retirement, it’ll be Oklahoma first.”

Since the news about the club broke, Norwest has heard a lot of positive feedback and enthusiasm from the public.

“It’s awesome. It makes me feel validated in the financial investment behind it, and now I just got to make sure that we follow through on what people are expecting. I’m not too worried about it, but I definitely want everyone to have a good time,” he said. “At the same time, I would say, if you come in the first couple weeks, be patient with the staff. They’re all very nice, but it’s a lot to learn. I think that we all, myself included, forget that sometimes when we go to a new business.”