A local charter program plans to expand into south OKC 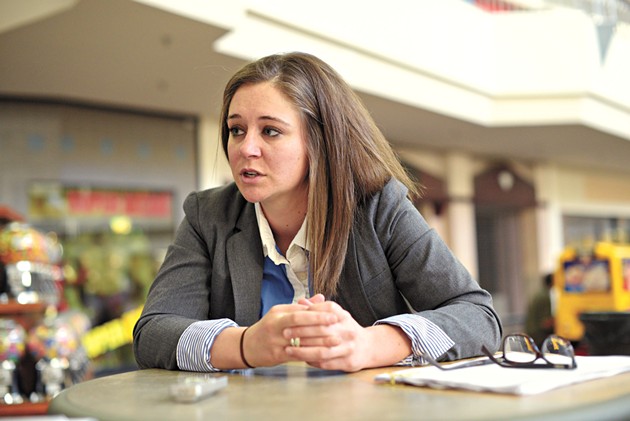 KIPP educators often ask the age-old question What do you want to be when you grow up? Every student’s answer is followed up with how KIPP can aid in achieving that hope and dream. After all, college and career readiness has been the mission of KIPP educators since the model debuted in Houston more than two decades ago and expanded to northeast Oklahoma City in 2002.

“We believe college is for everyone and college starts in the fourth grade — I know it can be a lot to think about when you have a 9-year-old child and college seems so far down the road,” Wheeler told Oklahoma Gazette while seated in the food court of Plaza Mayor at the Crossroads. “That’s a big piece of what KIPP does. We ensure kids are ready for high school when they leave us, but we continue to stay with the student and their families as they matriculate to and through college.”

KIPP Reach is authorized by Oklahoma City Public Schools (OKCPS) Board of Education. It is part of a model known for implementing educational programs at schools across the country that serve predominately minority students from low-income neighborhoods and promote knowledge, skills, character and habits needed to succeed in college and beyond. Local student test scores are some of the highest in the OKCPS district and the state.

“When we began thinking about how we could increase our impact on Oklahoma City, it made a lot of sense to partner and work with the south Oklahoma City community,” said Wheeler, who will lead the school. “There are so many strengths in this community, like strong families and pride in cultural heritage.”

KIPP will serve fourth- through eighth-graders and expand one grade level per year, becoming a full middle school by 2021. Last week, in a mailer sent to families of OKCPS third-grade students, KIPP shared information on the new school and a link to its online application for seats at the new charter school, which accepts all OKCPS students who want to attend. The school will conduct a lottery if more students apply for admission than can be admitted.

“We know that sometimes our students come to us with gaps and we spend more time to ensure we can close every single gap,” Wheeler said.

School days are longer — 7:25 a.m.-4:25 p.m. and include Saturday classes and afterschool tutorials.

“All of that is part of the larger promise we make with kids and their families,” Wheeler said.

KIPP also supports its students after eighth-grade graduation with study materials and resources for college entrance exams and help with financial aid forms. KIPP counselors provide support as students select and apply to college. Graduates are also encouraged to reach out to KIPP for additional guidance while attending college.

As the school’s lower grades assistant principal, Wheeler welcomed students from south OKC neighborhoods to KIPP Reach, located near the intersection of NE 16th Street and N. Martin Luther King Avenue. She also learned from southside parents that the distance and lack of transit options often presented barriers. Wheeler said KIPP’s expansion plans have been supported for improving community access to a college preparatory school and easing the overcrowding in OKCPS southside schools.

Some of KIPP Reach’s earliest alumni are now returning to Oklahoma City with college degrees, a sign of KIPP’s northeast success.

“When I talk with parents and community leaders, I hear concerns over no representation for this predominately Latino community,” said Wheeler, who noted that Latino representation on local and state levels is stagnant. “A big piece of that is preparing our students to live choice-filled lives. When they have the opportunity to get a great education, they will have the bandwidth to come back and represent their community. We are excited to be on the ground floor.”