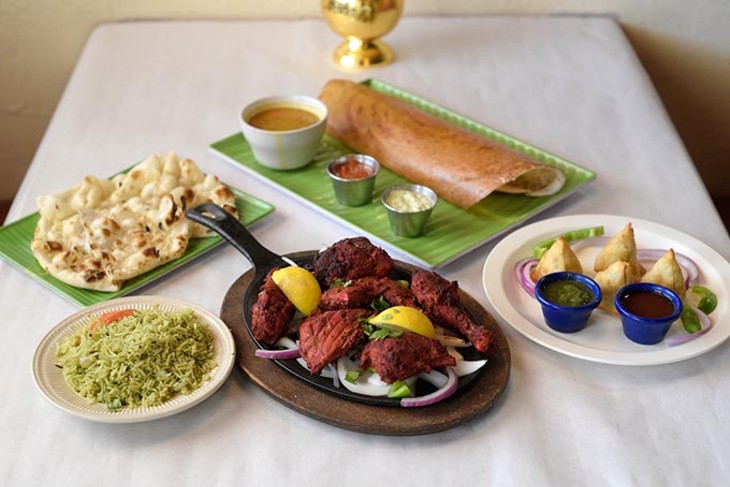 In Sanskrit, the term sudharma means “of right path.” A person will not be successful unless they are in a career that is soul-satisfying.

For Himalayas Aroma of India, 709 N. Moore Ave., restaurant owner Salem Balaji, pleasing his sudharma was all he could think about even while in residency as a radiologist in Oklahoma City. Balaji found more personal fulfillment while working at Gopuram Taste of India than he did in the doctor’s office.

“I liked the [restaurant] industry; it was more challenging and you get to meet so many more people and feel the energy rather than working within four walls with an oncologist or something,” Bilaji said in the private dining room of his restaurant in Moore. “This is more challenging every day. It’s more satisfying and close to the heart.”

Balaji is originally from the southern coastal Indian city Chennai. At the behest of his parents, he moved to Norman in 1997 to attend the University of Oklahoma for a career in medicine. Even after finishing school, the medical field never felt comfortable to him.

“If a carpenter, while sawing, feels that it is noisy, then he is not fit for that job; he has to enjoy the noise,” Balaji said.

The solemn hum of the X-ray machine could never compare to the livelihood of the restaurant life for Balaji, who continued to work at Gopuram until opening his first restaurant in Norman in 2007. The current Himalayas moved to its Moore location on N. Moore Avenue in 2010.

“Every individual has to find out your sudharma,” Balaji said. “You might be a doctor by the force of parent’s interest, but it is not close to your heart. It should bring bliss. You find the job that is close to the heart, and if you find the right one, you will be successful.”

Success is exactly what Balaji has found. The Moore location is popular for its buffet, which expands on the weekends, and for on-site catering among local Indian, Bangladeshi and Pakistani communities. Balaji opened another Himalayas location with a business partner in Tulsa five years ago.

At lunchtime on a weekday, customers pour into Himalayas’ doors for a chance to peruse the plentiful buffet, where they find traditional Indian and Pakistani fares, also referred to as Punjabi cuisine, like chicken tikka masala and palak paneer, homemade cheese cooked in a spinach sauce, but also encounter delicacies from Balaji’s home in southern India.

Every buffet comes with the chance to start with a masala dosa, which is a thin crêpe made with lentils and rice and served crispy with sambar, a vegetable stew, and coconut chutney. On Fridays, Saturdays and Sundays, the buffet expands with more regional delicacies like the idli, a steamed rice cake, and the vada, which is a spicy lentil doughnut.

The weekend buffet also expands to have a chaat corner, which is a layered salad mixed with vegetables, nuts and crispy wafers bursting with flavor. Commitment to flavor is important to Balaji, who said the kitchen staff grinds spice blends in-house, but he also knows his clientele.

“A majority of our buffet clients are Americans,” Balaji said. “The spice level in southern [Indian] cuisine is different than Punjab. We actually reduce the spice level slightly. It’s still very flavorful.” 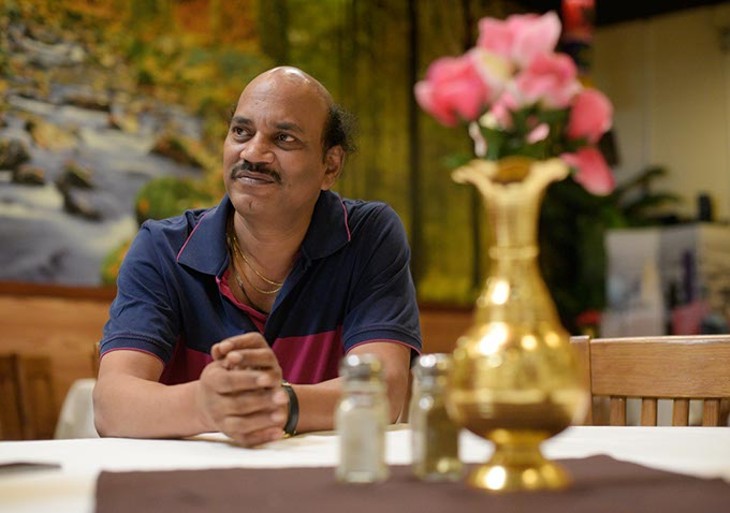 The lunch and dinner buffets are the main stars at Himalayas and some of the best places for vegetarians and vegans to eat in the Oklahoma City area, but a full menu is offered as well. Other south Indian specialties on the regular menu include oothappam, a thick, spicy lentil pancake; uppma, a creamed wheat cooked with vegetables and nuts; poori masala, fried whole wheat bread served with potato palya. The restaurant cooks everything halal, in compliance with Islamic law.

Balaji said the restaurant does much of its catering for OKC’s Pakistani, Bangladeshi and Indian communities, where chefs will show up on-site to fry samosas and pakora, crispy fritters made from potato, okra and other vegetables.

“It’s easy to forget, but before 1947, Pakistan, India and Bangladesh were all under British rule,” Balaji said. “So what we think of Indian cuisine, particularly Punjab, can unite them all.”