A new law changes the rules in local taprooms 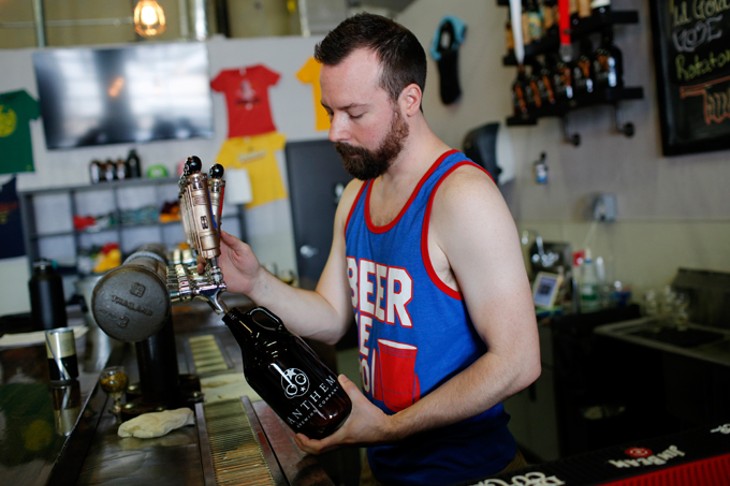 August 25 is V-B Day — Victory for Brewers. While Senate Joint Resolution 68, which puts alcohol modernization to a vote of the people as State Question 792 this November, received attention this spring, another piece of legislation making a more immediate impact has been signed into law.

When it goes into effect Aug. 25, Senate Bill 424, signed into law by Gov. Mary Fallin last week, gives Oklahoma’s craft beer makers the ability to sell full-strength beer at breweries. Previously, they could only sell 3.2 beer.

“It was a bill introduced in the 2015 session, and it was revived this year,” said Anthem Brewing Company brewmaster Patrick Lively. “It provides some more immediacy to the taproom issue.”

The new law doesn’t entirely cut out the middleman, but it puts breweries on a level playing field with Oklahoma wineries and allows them to sell directly to consumers.

Now, in addition to selling 3.2 beer, Anthem, 908 SW Fourth St., and other state brewers can sell bottles, cans and growlers of full-strength beers directly to customers.

“This means we can sell a larger portion of our portfolio,” Lively said. “We’re going to be able to sell more of our products.”

Though Anthem has seen a lot of success with beer sold through distributors to restaurants and liquor stores, he said, the ability of breweries to sell to consumers in-house motivates his business to innovate.

“We’re going to be able to do more small-batch, one-off stuff,” Lively said.

The change is welcome, said Twisted Spike Brewing Co. owner Bruce Sanchez, but it does complicate plans for his new brewery and taproom at 1 NW 10th St. 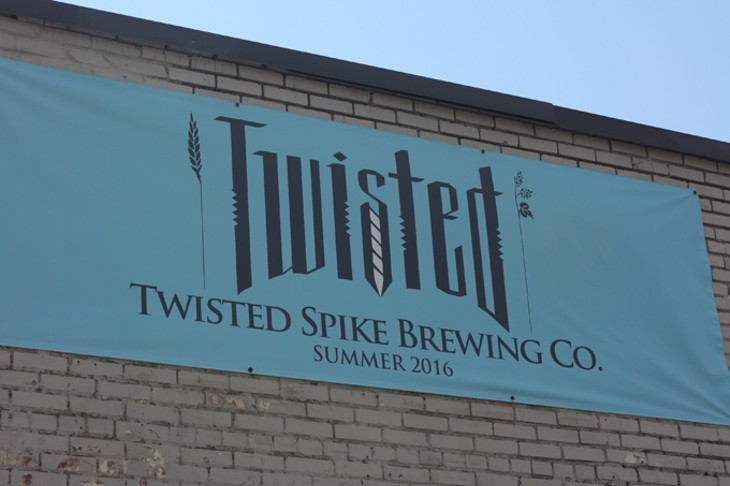 “This changes things significantly,” he said. “It accelerates our plan to have the taproom available.”

After beginning construction in October, Twisted Spike eyed a July start for beer production, with the taproom opening around Labor Day.

The new law moves the taproom necessity to the fore, and Sanchez hopes to be pulling beers for customers by Aug. 25.

If that sounds like complaining, it’s not. It might mean added work in the short term, but he’s thrilled by the change.

“It’s a win-win-win for the state, for consumers and the breweries,” he said. “As a drinker, you can’t get any closer to the beer than this. That’s what craft beer is all about.”

A taproom is a playground for creativity and fun, Sanchez said.

“Before, you could provide samples of strong beer, but now I can do a barrel or two-barrel test batch of something and we’ll be able to sell it,” he said. “That’s the real barometer of how well it will do.”

Taproom sales of esoteric beers could turn a one-time experiment into a seasonal brew or even a staple beer.

“Especially with our cask-conditioned ales,” he said. “We can make tiny tweaks here and there and make fruit- or herb-infused stuff. It allows us to do so many fun things and keep things really local.”

Lively, who also is vice president of the Craft Brewers Association of Oklahoma (CBAO), said it is an exciting time for Anthem and for beer brewers and drinkers across the state.

He looks forward to switching taps over to strong, cold beer.

He said the new law won’t be the end of 3.2 beer for Anthem. Festivals and other public sales still require 3.2 or lower beer.

If the public votes to approve State Question 792 in November, Senate Joint Resolution 68 and Senate Bill 383 could be implemented in two years.

That longer timeframe might be necessary for liquor or grocery stores to prepare for higher-point sales.

“The ability for us to sell strong beer doesn’t take as much time,” he said.

CBAO recently formed and Lively said it already accomplished some of the brewers’ priorities.

That good feeling deserves a drink. Getting a strong, cold one in a taproom, though, means waiting just a couple months more.