A new wine bar fulfills a need in the Plaza District 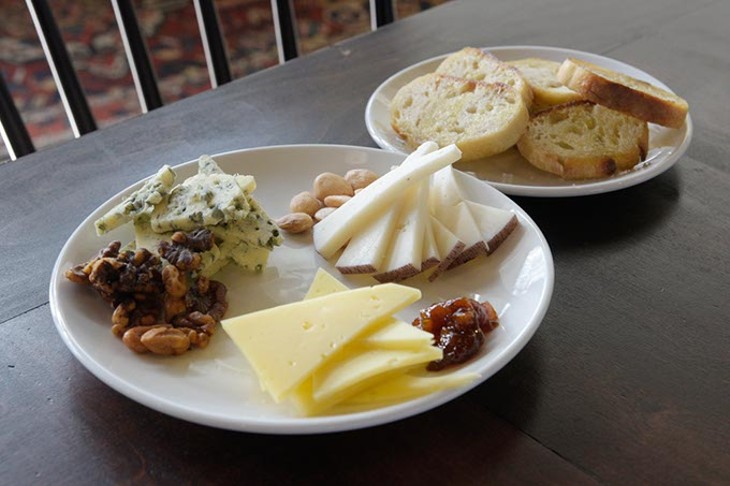 The Plaza District needed a wine bar. Aimee Ahpeatone was happy to oblige.

The Pritchard Wine Bar, 1749 NW 16th St., fills the void (and the restaurant space) left behind when Urban Wineworks closed earlier this year.

Ahpeatone is a longtime Plaza District volunteer and booster, buying up properties as a partner in Sweet Sixteenth LLC before the area’s recent resurgence and helping develop the district as a retail, dining and entertainment destination.

“Urban Wineworks fulfilled a need before it closed,” she said. “That’s how I approach curating buildings for the district. It’s about providing a service that’s lacking.”

Though she’s fond of many neighboring businesses — she had a hand in developing properties for Empire Slice House, Pie Junkie and DNA Galleries — the district needed a wine bar to complement the craft beer bars.

Not everyone is a fan of beer, Ahpeatone said.

“It’s a place my girlfriends can hang out,” she said.

A great wine bar needs great wine, which is why Ahpeatone reached out to sommelier Mindy Magers to become The Pritchard’s general manager.

Magers came to Oklahoma City to be the beverage director at The George before leaving to work at Flint with Michael O’Hara, who taught her a lot about running a restaurant.

When someone asked where she wanted to be five years ago, Magers described a wine bar with a great selection and gourmet small plates.

“This is my dream job,” she said. “When I was approached about The Pritchard, it was almost like I was being punked.”

Magers can often be found tableside, talking to guests about the extensive small-batch wine selection, and she also views her role as that of a teacher for servers.

“If I hand a bottle to the server, they need to know about the wine, about its story,” Magers said.

She wants to help diners find new wines that will become their favorites. Every wine on the menu is varietally correct, meaning they’re made with grapes grown in the traditional region for those vines. The staff can direct guests by favorite vintages, wine types or even whether they want something more fruit forward or with a bigger hit of tannins. 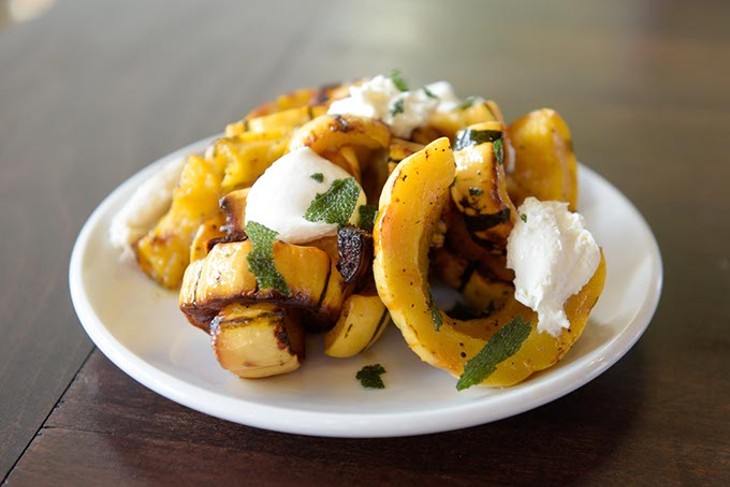 Magers isn’t the only former George staffer at The Pritchard. Executive chef Shelby Sieg was the pastry chef at the now-defunct prime steakhouse atop Founders Tower.

Sieg said Ahpeatone and fellow developer Steve Mason had already fleshed out the idea of The Pritchard when she came aboard and everything they said appealed to her.

“We’re not messing with the ingredients too much. We just use quality ingredients and let them speak for themselves,” she said.

That quality attracts a different kind of customer, Sieg said. The majority of people who visit The Pritchard want to try something  haven’t had before and trust that the kitchen staff knows the right pairings. One of the main sellers are seared Brussels sprouts with Spanish chorizo ($9), which has a more solid, sausagelike consistency compared to Mexican chorizo.

The cheese selection is also top-notch, as the restaurant gets products from Murray’s Cheese Shop in New York City. Sieg created pairings for each one, including a housemade orange marmalade that works well with Murray’s nutty cave-aged Project X cheese.

“Pairings are important to me. They’re not just garnishes,” she said.

The Pritchard’s kitchen is a playground for flavors and unique ingredients, including delicata squash served with burrata cheese and fried sage. While some dishes will rotate in and out based on the season, Sieg said she doesn’t envision ever doing a complete menu overhaul. And some dishes simply cannot go, having grown so popular in the restaurant’s short history.

“We have the best freakin’ grits,” Ahpeatone agreed. 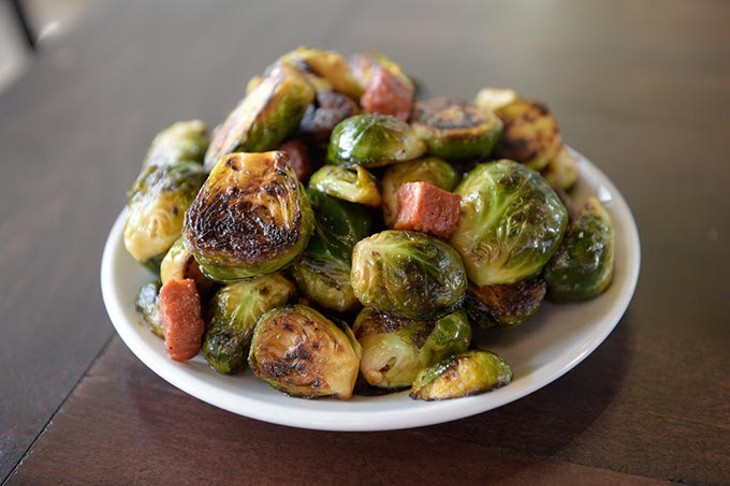 Ahpeatone said the atmosphere they’re going for is friendly and casual.

“We throw paper on the tables and markers for people to write and draw,” she said. “There are quiz cards on the bar.”

The tapas menu and selection of wines play into that fun, cozy vibe.

Magers said customers interact with one another as they share small bites of grilled skirt steak and seared duck rather than staring at their phones.

Those who stick around until 11 p.m. hear the cookie bell that hangs outside the kitchen. Customers receive a free, freshly baked cookie that signals the kitchen is switching to the smaller late night menu.

It’s an unpretentious place, Ahpeatone said. If someone doesn’t know anything about wine, that’s fine.

“Come in, because our servers do,” she said.