A state senator, a college student and a retiree are running for OKC mayor 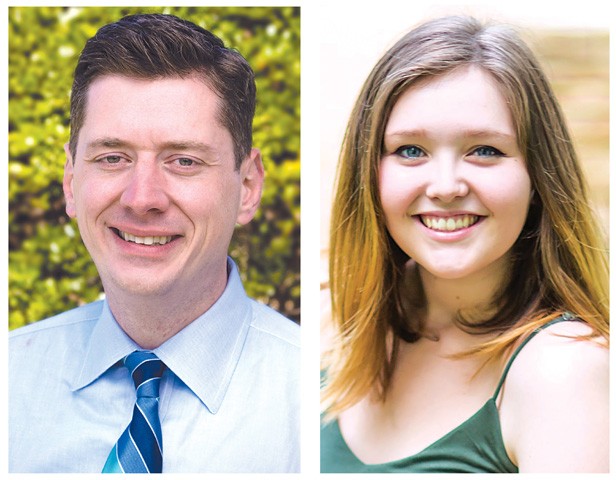 Oklahoma City voters will face something unfamiliar when they cast ballots next month: a wide-open mayor’s race.

State Sen. David Holt, Taylor M. Neighbors and Randall L. Smith are competing in the Feb. 13 election to succeed Mayor Mick Cornett, who is stepping down after 14 years to run for governor. The next mayor will inherit quite a lot: a growing local economy, shiny new developments peppered through downtown and the urban core, an efficient and lean city government and a recently passed new tax increase, just to name a few. At the same time, the next mayor will be faced with the decision to plan the next MAPS campaign, implement the billion-dollar infrastructure plan approved by voters in September, partner with neighboring municipalities for regional transit and criminal justice reform and, perhaps, explore ways to improve the city’s education system — viewed by many, including all three candidates, as a crisis situation.

If one of the three candidates earns a majority of the votes, the candidate will be sworn in as the city’s 36th mayor. If no candidate receives a majority, the two candidates with the most votes go on to a general election April 3. The deadline to register to vote is Friday.

A native of Oklahoma City, Holt, 38, has served in the Oklahoma Legislature as a senator representing parts of northwest OKC, Bethany, Warr Acres and The Village. Prior to his time in the Legislature, Holt, who resides in the Quail Creek neighborhood, spent five years as Cornett’s chief of staff. In addition to name recognition, Holt is the only candidate to raise substantial money for the race and has actively campaigned for nearly a year.

Neighbors, 21, is pursuing a bachelor’s degree in music at the University of Oklahoma. The Heritage Hills East resident is a political newcomer who began her grassroots campaign the day she filed for office last month.

Like Neighbors, Smith, 59, is new to politics. Originally from Weatherford, Smith spent 20 years as an internal auditor for the State of Oklahoma. He has resided in south Oklahoma City for the past 20 years. Smith is not campaigning for the seat.

Oklahoma Gazette recently interviewed all three candidates to discuss the issues they see facing the city and how they’ll approach those issues if elected mayor.

“The city is diverse, but not necessarily in any given room,” Holt said. “This is a top challenge for me as the next mayor to bridge those divides and bring our city together in a stronger way and make sure everyone is represented at the leadership table.”

Holt sees an opportunity to make strides in diversity through the mayor’s role in appointments on city boards, trusts and commissions, like airport, arts, parks, planning, water and more. Holt explained he has the foundation for appointments, as during his campaign, he has gained supporters that vary in location, age, gender, background, economic status, ethnicity and even political affiliation. (The office of the mayor is a nonpartisan seat, but Holt has served in public office as a Republican.)

In a similar sense, Neighbors discussed a desire to bring positive change to the city’s disenfranchised communities. If elected mayor, Neighbors explained she would approach the city’s most pressing issues with a “sense of urgency” that hasn’t been seen during Cornett’s time in office.

“I think we have come very far with what we’ve done,” Neighbors said, citing the MAPS initiatives, which have plugged millions into downtown though transformational capital improvement projects like Ronald J. Norick Downtown Library, Chickasaw Bricktown Ballpark and Oklahoma River improvements. “Like I’ve said, I don’t think we’ve approached it all with that same sense of urgency. … I think we really should have been focused more on our people and what impacts them on a day-to-day basis.”

Smith believes the city’s top priority is working to become “a place millennials find attractive to live.” Further, he believes the next mayor should pursue endeavors like exploring the development of a publicly run, high-speed Internet network — like Chattanooga, Tennessee — and pushing policies to promote commercial and residential solar energy.

“I think we need to, and I hope the next mayor does this, develop consensus about where we need to go the next 10 to 15 years,” Smith said. “It’s time to make Oklahoma City more user-friendly and more affordable.”

Holt, like the others, wants to ensure the Better Streets, Safer City plan to benefit street infrastructure and public safety is successful. The quarter-cent permanent sales tax will benefit public safety, including the hiring of 129 new police officers. He is particularly interested in the city pushing community-policing approaches with those new hires.

“It is important to have the manpower for short response times but also community policing,” Holt said. “If you just have enough officers to respond to 911 calls, you are not doing the community policing work that is needed for keeping tension from rising between the public and police officers.”

The only friction Neighbors brings to the campaign is in questioning the city’s use of tickets from police and other municipal court fines and fees. She wants to ensure the city is not profiting handsomely from those to fund core services. Neighbors also wants the city to focus on designing better streets.

“We can’t just invest in repairing the streets because that is only a five- to 10-year solution,” she said. “I think we need to invest in better streets and in ways to keep them up as long as possible. That might mean new materials or an overhaul of how we build streets.”

When it comes to the future of MAPS, the Holt and Neighbors campaigns converge. Both want to see the program continue and both support substantial efforts to reach as many citizens as possible for feedback in shaping MAPS 4. Both agree education will likely be a big part of the public debate, but it wouldn’t mimic MAPS for Kids with capital improvements to school buildings. In Neighbors’ opinion, the next MAPS initiative needs to focus on transforming the lives of the average Oklahoma Citian, not areas of the city with large-scale capital projects.

“There are people in Oklahoma City who are simply struggling,” Neighbors said. “Every day is a fight to survive. It doesn’t matter if you are old or young. I think MAPS should have focused a little bit more on people because, in my opinion, we are the key to the growth of this city.”

Holt said the next MAPS could “go a different direction” but it would continue to maintain its core character of producing transformational capital projects. He stated MAPS was created to address the “crises of our times.”

“I think with the failures on the state level to meet our social welfare and education needs, I wouldn’t be surprised to see the citizens of Oklahoma City ask if MAPS 4 can meet some of those needs, in addition to the more traditional quality of life,” he said.

Print headline: Upcoming ballot; Who is running for OKC mayor? A state senator, a college student and a retiree.