Chevy Woods bleeds black and yellow, cut from the Terrible Towel cloth with a mind like a steel trap. And the rapper can’t help but let his humble, blue- collar, hard-working hometown star in just about every song he writes. 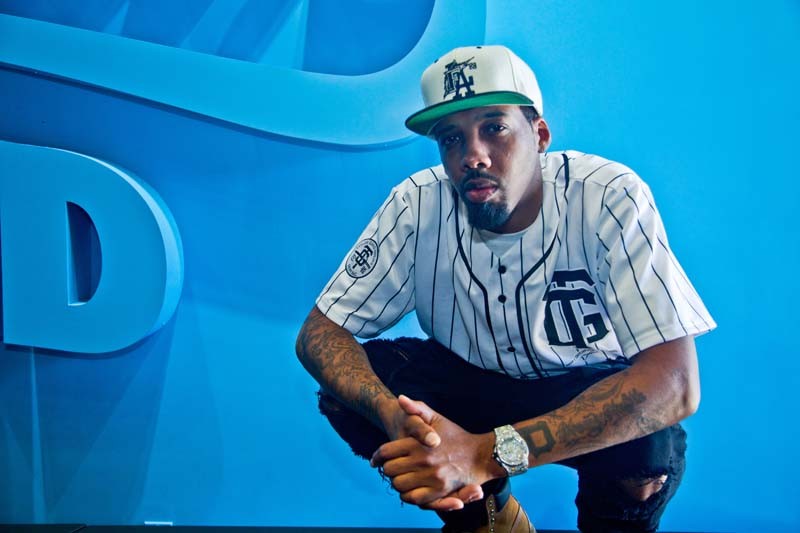 Chevy Woods is a Pittsburgh man through and through.

He bleeds black and yellow, cut from the Terrible Towel cloth with a mind like a steel trap. And the rapper can’t help but let his humble, blue- collar, hard-working hometown star in just about every song he writes.

Woods was a standout athlete through high school and eventually college, though he eventually quit the team and dropped out, hustling on the streets for a spell before music assumed the role sports had.

“It’s the never quit, never give up thing,” Woods said. “I’d be tired after practice and wouldn’t want to go, but there were people in my corner that would push me back out there.”

Woods couldn’t have found a better man to stand in his corner than Wiz Khalifa, a fellow Pittsburgh emcee who gained national fame with “Black & Yellow” and “Young, Wild & Free.” Woods and Khalifa met in 2004 and quickly became friends, working as collaborators and, really, brothers ever since.

“People look at him as the person who did something, who really made it out,” Woods said. “People from Pittsburgh are able to look at that and put their plans down on paper, that they have the outlet and maybe something could happen for them.”

Khalifa has featured Woods on his albums Rolling Papers and O.N.I.F.C., and he has also utilized him as a hype-man over the years. But now Khalifa is pushing Woods to reach similar heights in his own right, and Woods has been stepping up to the plate, putting out a new mixtape each year since 2008 and heading out on the road with the likes of Kendrick Lamar, Mac Miller, A$AP Mob, Schoolboy Q and others.

Even still, his most recent release, Gangland 2, was largely dedicated to that time spent out on the streets.

“I got that release to talk about it, things I’ve been holding back for a while,” Woods said. “I’m just giving my story out to the people.”

It was something of a big, last purge before he delves more into exactly who he is with a full-length studio debut, a record he has been working on off and on again for years now.

At the moment, he’s focused on an EP and a full collaboration album with the Khalifa-led supergroup Taylor Gang, content to work hard and let the chips falls where they may.

“It happens organically,” Woods said of that elusive, true debut. “I’m not chasing it down. I like things to come to me and work out how they work out.”