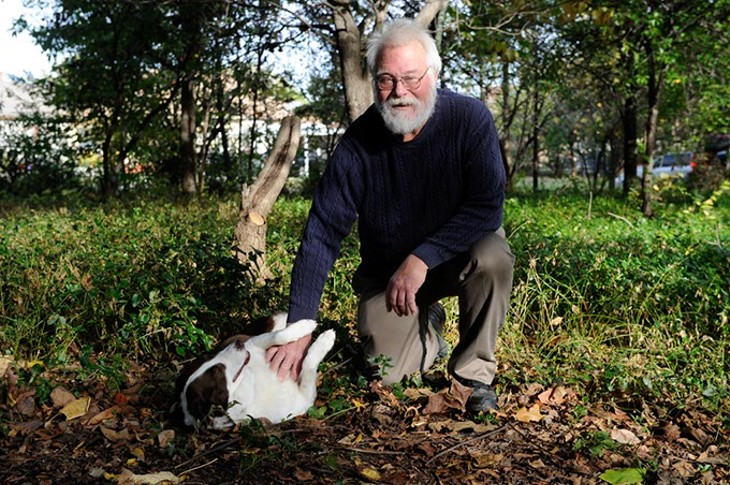 The retired educator doesn’t write the stories to reminisce or complain about inner-city school teaching.

Instead, Thompson writes to illustrate implementation of the controversial No Child Left Behind Act and how that accountability system — based on data — overlooked educational difficulties caused by poverty.

His firsthand accounts from 18 years spent in the Oklahoma City Public Schools district are now presented in a 464-page book appealing to those in education and those not. Thompson describes it as a teacher memoir mixed with “a case study of teaching in the inner city during an age of reform.” Tate Publishing will release A Teacher’s Tale: Learning, Loving and Listening to Our Kids on Tuesday. In it, Thompson advocates for more student connections, a team approach to student learning and less federal policies implemented into urban school districts.

“It is the story of how a run-of-the-mill inner-city school, John Marshall, had problems but had a lot of great strengths,” said Thompson in an Oklahoma Gazette interview. “The school was ripped apart by school reform. We still don’t know how to turn around schools that have that intense concentrations of poverty.”

The award-winning historian entered the education field after witnessing an influx of drugs moving into his neighborhood after the devastating oil bust of the 1980s in Oklahoma. When Thompson passed crack houses during walks with his dog, children would run to him to pet the dog and then engage in a friendly conversation.

Thompson got attached to the children, who he mentored. Despite witnessing the struggles of OKCPS, such as seeing the Harding High School administrators driving around mid-morning to pick-up students skipping class, he entered the district as a history teacher in 1992. He was assigned to John Marshall, which was similar to Harding with truancy issues; however, it held a reputation of gang activity and violence.

After a few days in the classroom, Thompson realized his students would teach him to become a great teacher and he just needed to listen.

Thompson encountered countless students from backgrounds of generational poverty as well as pupils who had experienced trauma.

“I saw the same story over and over,” said Thompson, who earned runner-up status for OKCPS’ Teacher of the Year award. “Our kids were behind (when they got to high school), but they were doing just fine in elementary school. Then, the grandmother that raised the kids died of diabetes or cancer. The kids would fall off the conveyor belt, and there was no way to get them back on.”

Thompson tried. Between classes, he stood outside his door to fist-bump passing students. After school, he played basketball with many of them. On weekends, he was at college fine arts auditions with students. When the worst happened, he went to hospital bedsides and attended funerals.

As the call for data-driven reform increased, so did the need for “superhero” educators, who were deemed the answer for addressing high-poverty schools. Thompson admits teachers, especially those who are compassionate, can influence learning outcomes and problems, but poverty is not one.

Progress is made when teachers, administrators, bus drivers and cafeteria and maintenance staffs create a team approach toward teaching students, he said.

“Too many reformers, especially those who question teachers’ hard-earned wisdom, believe that teachers’ will power is the key to overcoming the effects of trauma and poverty,” he wrote. “Reformers do not seem to understand that the working conditions of teachers are the learning conditions of students. … The key to learning is loving relationships. The best way to nurture those relationships is to help adults help children cope with the stresses that undermined schools.”

“A close reading of Thompson’s deep book,” Mathews wrote, “will reveal what is missing from the latest top-down plans coming to us from Washington and the state capitals.”