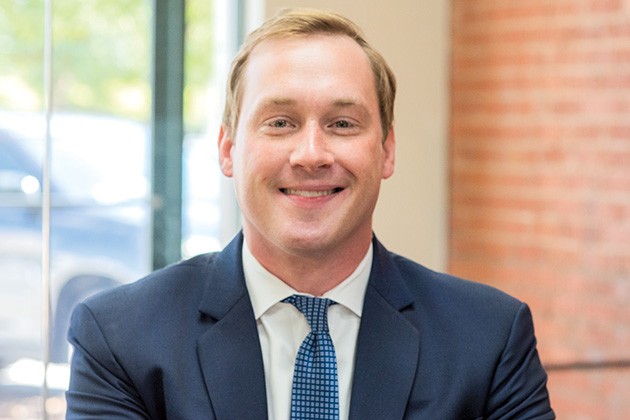 An Oklahoma judge made history by upholding a law banning a second-trimester abortion procedure.

District judge Cindy Truong’s ruling affects a 2015 bill that bans dilation and evacuation (D&E) abortions in the second trimester. Reproductive rights activists are calling the decision “rogue” because other states — including Arkansas, Kansas, Kentucky and Texas — passed similar bans on the same procedure but were struck down by judges.

“We cannot overstate the harm this decision will have on women in Oklahoma,” said Julie Rikelman, Center for Reproductive Rights litigation director, in a statement. “Politicians should never take medical options off the table for pregnant patients. This law bans care that women need and doctors recommend and is part of a national strategy by anti-abortion politicians to push abortion care out of reach by passing hundreds of laws that limit access.”

Attorneys for Center for Reproductive Rights, along with local attorney J. Blake Patton of Walding & Patton, filed the case on behalf of Tulsa Women’s Clinic. When the case was filed, a temporary injunction was issued to prohibit the bill’s enforcement. Attorneys plan to appeal the decision to Oklahoma Supreme Court as soon as possible and hope to retain the injunction until the case is completely settled.

“The D&E ban is a legislative act that bans the most common and safest method of second-trimester abortion. Uniform across all experts in the field, we contend that it is the safest and most common, and this is just an all-out ban on that,” Patton said. “Not only could this potentially have great impact on the women of Oklahoma, but it also is another example of legislators trying to tell doctors what the standard of care is, reaching into their professional judgment and dictating that.”

American Congress of Obstetricians and Gynecologists (ACOG) released a statement in 2015 affirming that D&E is “evidence-based and medically preferred because it results in the fewest complications for women compared to alternative procedures.”

“Efforts to ban specific types of procedures will limit the ability of physicians to provide women with the medically appropriate care they need, and will likely result in worsened outcomes and increased complications,” the statement reads. “These legislative efforts are based on nonmedical, subjective language. This language will create confusion, thus putting women at risk and, in certain cases, actually leading to abortion later in pregnancy. … Doctors will be forced, by ill-advised, unscientifically motivated policy, to provide lesser care to patients. This is unacceptable.”

“We want to ensure that Oklahoma women and providers in this field of medicine are free from any enforcement action until this issue is fully and finally litigated.”
— J. Blake Patton tweet this

“Dismemberment abortions are barbaric, brutal and subject unborn children to more cruelty that we allow for death row inmates,” he said in a statement. “It is unconscionable to think that we would allow this practice to continue. Judge Truong is to be commended for declaring this legislation constitutional. Today is a major victory for basic human decency in Oklahoma”

The main argument in favor of the law was that it “does not actually bar abortion” because there are other alternatives like “fetal demise procedure, in other words, a lethal injection, so to speak,” which they contend are effective and safe.

The counterargument was that the ban “forces women to undergo an unnecessary, invasive procedure that confers no benefit on the patient … and creates heightened risks.” ACOG has also stated that no evidence supports “fetal demise to increase safety of second-trimester medical or surgical abortion.”

During the hearing, Patton said there was little interaction with the court. A transcript of the proceedings shows the court asked only one question.

“‘It’s the court’s findings that the plaintiff’s motion for summary judgment in regard to House Bill 1721 is denied. The court’s opinion is Oklahoma House Bill 1721 is constitutional,’” Patton said, reading the transcript. “That’s it. We don’t know the reasoning; we don’t know much beyond that. In order to get to the appellate court — the Supreme Court, in this case — you have to have what’s called a final judgment.”

Both sides must negotiate and draft a journal entry of judgment, get it signed by the court and filed before it can be appealed.

“Where we are right now is we are currently negotiating with the state [on] the language to essentially memorialize what happened at the meeting,” Patton said. “If an agreement can be worked out with counsel, then we can both sign the order and present it to the judge and have it filed, and that can be done in very short order.”

If the two parties cannot agree on the journal entry, it could take a month or two before it is filed. The two parties have narrowed the gaps on issues they had, Patton said, but some remain outstanding, making it difficult to tell how long the process might take.

“We want to ensure that Oklahoma women and providers in this field of medicine are free from any enforcement action until this issue is fully and finally litigated,” he said. “That is our intent no matter how it comes down.”

Efforts by opponents of abortion to target reproductive rights, Patton said, have shifted slightly over the years.

“It’s hard to think of another area of medicine where there is so much targeted legislation,” he said. “Efforts have kind of shifted from banning or modifying or redrawing the contours of the right to terminate a pregnancy, and what you see now is what people call the TRAP era: targeted regulation of abortion providers. They’re not going after the right itself; they’re trying to regulate the providers. … That essentially has the same effect as rendering it not available.”

The original filed case challenged two separate bills, the D&E ban and a bill raising the mandatory waiting period from 24 hours to 72 hours. However, Patton said their injunction for the latter bill was denied.

“That was law and it still is law,” he said. “When this case is ultimately ripe for appeal, both challenges will be part of that single appeal, so it’s kind of procedurally unique in that it’s one case challenging two bills. Oklahoma is a very harsh environment for reproductive justice, but at the same time, I think that it is giving Oklahoma a chance to vindicate the rights of the people affected by this insidious type of legislation and kind of expose how checks and balances work — taking it to the end, holding the legislators and Legislature accountable.”

Tulsa Women’s Clinic, Patton said, is helping breathe life into the concept of checks and balances.

“In order to effectuate that check and balance through the judicial system … you need a plaintiff, and our plaintiff is one of four providers in the state, one of two providers that provide second-trimester abortions,” he said. “If we don’t have a plaintiff who is willing to enter the fray of litigation and see it through to the end, there is no check, no balance. … If this law were to go into effect, women would be forced to undergo a less safe procedure to exercise their established constitutional rights.”