Dr. Randy Whitekiller is offering to waive his doctor recommendation fee for disabled veterans at the same time a discounted license fee goes into effect. 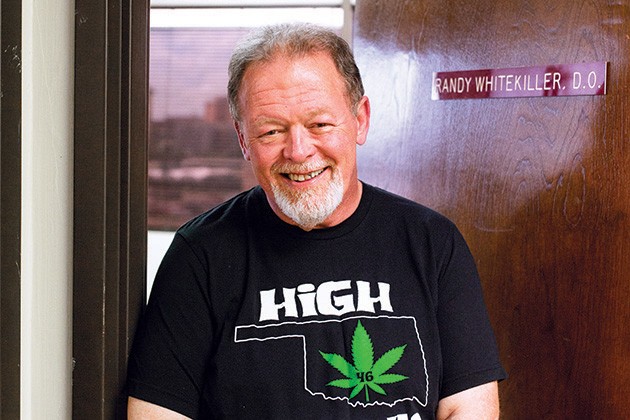 A slew of new emergency rules for Oklahoma’s medical cannabis program went into effect last week, among them a reduced state fee for disabled veterans.

As of Sept. 14, veterans with 100 percent disability status from U.S. Department of Veteran’s Affairs will be able to receive a patient license for a discounted fee of $20. The standard fee for the cannabis patient license remains at $100.

However, in order to get that license, veterans must have a doctor’s recommendation. Most of those appointments still cost upward of $100 themselves.

But Dr. Randy Whitekiller announced via Facebook late last month that he will waive his fee for those veterans.

A veteran himself, Whitekiller spent four years serving in the U.S. Navy from 1975 to 1979.

He operates Natural Choice Urgent Care, 5959 N. May Ave., Suite 500, which relocated to its current location this summer and now exclusively caters to those seeking medical cannabis recommendations.

“I was only allowed to do that starting in May with the passage of Senate Bill 162. When [State Question] 788 passed, I believed I was going to be able to do because it passed with the language ‘Oklahoma board-certified physician,’” Whitekiller said. “As [for] their definition of ‘board-certified,’ what that meant was nationally specialty board certified, excluding 25 percent of the state’s physicians from being able to sign these, most of which are country doctors, family doctors in underserved areas who serve disabled, elderly, veterans and poor to a disproportionate ratio, and those were the doctors, most of which never wanted to be national specialty board certified. I was. I let it expire because all it ever meant was more money for fees every year and not a different job. No jobs were ever dependent on it. All hospital affiliations and staff appointments are always incumbent upon being certified or eligible.”

“There’s not a doctor in the state that’s more pro-cannabis than me.” — Randy Whitekiller tweet this

SB162 broadened the number of physicians who could recommend medical cannabis to patients. It now reads, “All applications for a medical marijuana license shall be signed by an Oklahoma physician licensed by and in good standing with the State Board of Medical Licensure and Supervision or the State Board of Osteopathic Examiners.”

With that hurdle out of the way, Whitekiller is making up for lost time by hitting the ground running. His standard fee is $70. With patient numbers applications about to exceed 200,000 in the state, which is a greater number than the populations of any Oklahoma city besides Tulsa and Oklahoma City, the cost of a medical cannabis card is now the number one barrier between a resident and access to medical cannabis.

Veterans to date have only made up about 4 percent of the total patient recommendations Whitekiller had signed, though those are not the only patients he is willing to see for free or discounted recommendations.

“Patients with active cancer and have proof of that they can provide to me, they’re free. Children with seizures; all cancers, of course; autism; autistic spectrum disorders; and all kinds of birth injuries and genetic disorders are free at my office if they have an appointment,” Whitekiller said. “That’s the way it always should have been with all doctors since last August. Most doctors are twice as much as what we charge to begin with, and I didn’t decide to start doing veterans for free because that’ll bring patients to us. I did it because maybe 3 or 4 percent of our patients are veterans. How’s that going to fucking hurt us? The same with those kids. If we see one or two kids that fit in the categories I’m talking about a day, it’s amazing. So how can that possibly hurt us? First responders, all firefighters, paramedics, EMT and police officers, $20, including retired. I didn’t mention it, but basically, when I meet someone, they’re clearly a Sonic carhop, I charge them 20 bucks. I’m not there to make a million dollars.”

Whitekiller first began consuming cannabis 47 years ago, before he ever became a doctor, and he thinks that endocannabinoid deficiencies are one of the reasons for the poor health of many Americans. 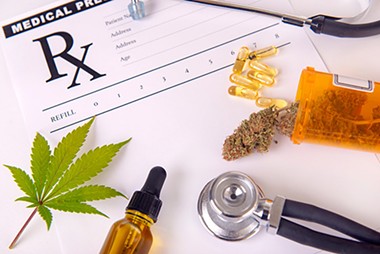 Additionally, there are cannabis consumers who need licenses to be protected by law as well as those who would benefit from the plant but do not want to step outside the boundaries of legality. Whitekiller believes that to be true to the point that he is willing to surrender his own patient license if the state decides to try to put a barrier between accessing cannabis legally for his personal use and helping patients access it themselves.

“There’s not a doctor in the state that’s more pro-cannabis than me. I’ve self-medicated for 47 years, and they can have my fucking card if they say I can’t have it and sign these, and everybody that knows me knows that that’s very true,” he said.

He believes that access to medical cannabis in the state will open the door to a new era in Oklahoma and the United States.

“There’s only a few things really, truly wrong with this country, and the fact that we ever allowed a private prison cell to open at all and the fact that we ever allowed profiting from health care is really all that’s truly wrong with our country,” he said. “As 507,000 voters, I think, proved, now is the time we need to step up with the right voices and leadership and demand that the things that are most wrong with this country are fixed. I think it’s unfortunate that people that have made so much off of health care, they’re going to suffer, but it’s too bad. That health care system needs to be ours. Everybody must look at the fact that 22 percent of the patients are children, almost 10 percent are veterans, then stop for a second and realize the rest of those patients are us and we can demand it.”