An Oklahoma writer delves into the turmoil and power of addiction in her latest collection of short stories. 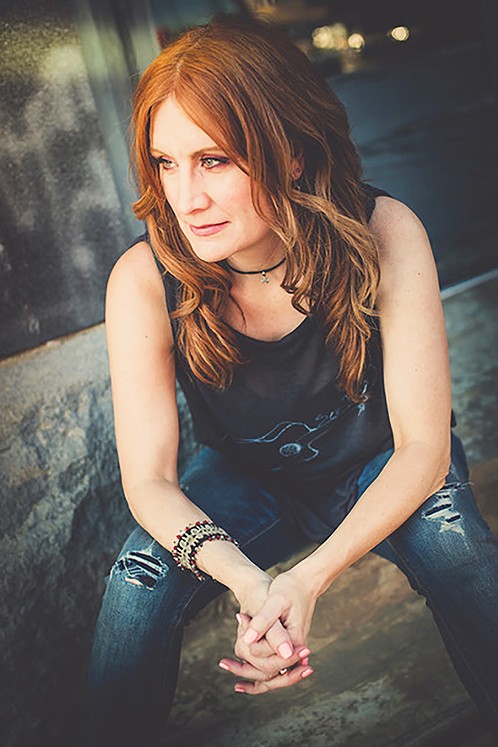 Addiction’s cure is not as simple as strength, family or faith. It’s not just moral fiber, intellect or cunning that separates the victims of addiction from the survivors. If the solution was so simple, so easy to prescribe, then our fabulously funded pharmaceutical industry would have already discovered, distilled and dispensed the cure in pill form. Constance Squires — author of Along the Watchtower and Live from Medicine Park and professor of English at University of Central Oklahoma — might not know the cure either, but she knows the disease well enough to divine the future of an alcoholic’s final spins within an addiction maelstrom in her short story collection Hit Your Brights.

“On a Monday morning you will wake up, afraid to open your eyes, because you will not know where you are. Somehow, you are in your house.”

A full life’s momentum of substance abuse sweeps the character onward as if she’s tumbling through white water currents and smacking into river rocks too slick for her to find purchase and salvation. The unnamed character in the collection’s titular story is no fool; she sees her life breaking apart but believes she still has power over her addiction. She can swim against this current.

“You go home and drink fifteen beers and three tequila shots and listen to music and look at Malcolm Lowry splayed open at the spine on your coffee table and you imagine how someday all this pain and suffering will be over and you will possess uncommon wisdom.”

A job lost, a home lost, finally her possessions lost. She tumbles on with brief gasps as she takes in the glimpses of her world collapsing, yet she still believes she can swim. Jail is not enough. Homelessness is not enough. Her pride holds her under. A cleverness that served her so well in college now is servant to her addiction, finding loopholes to justify her downward spiral. She is even unmoved after an unseen friend and last human link to her past posts bail and then cuts their connection as friends and family sometimes must do in order to avoid also being pulled into the turmoil by the ones they love.

“You try to worry about the opinions of people you know, instead, but all your high school friends, college friends and family are out of your life now, each leveraging their company against your drinking and losing.”

This is what the immersive nature of literature can do: provoke a deep empathy for a life that we, the inexplicably fortunate, have not had to endure. Hit Your Brights avoids sanctimony and judgment. It defies the temptation to reveal trauma or genetic predisposition to conveniently explain away the character’s disease, turning her instead into an Everyman since we all carry the potential for life-altering substance abuse.

In Philip K. Dick’s deeply personal A Scanner Darkly, he wrote an afterward to friends with whom he had once shared both home and addiction.

“This has been a novel about some people who were punished entirely too much for what they did,” he wrote. “They wanted to have a good time, but they were like children playing in the street; they could see one after another of them being killed — run over, maimed, destroyed — but they continued to play anyhow.”

Squires’ collection contains the same intimate knowledge of the struggle against self-defeatism, both from the perspective of the defeated and as witness watching helplessly from the shores. “Swan Lock” is a grandmother and daughter trekking through Vietnam to identify the father/son’s body. The lifelong sex tourist had died in a motorcycle crash after carefully hiding his compulsion from his mother but reveling in his seedy conquests in letters to his children. Squires calls it “emotional incest.”

“Division Bell” is set during a Pink Floyd concert where an alcoholic attempts to make amends with his wife through their shared love of music only to be stuck next to an old, knowing hippie instead. And in the case of many of her protagonists, the husband resists enlightenment because of a stubborn belief that the situation remains fixable. In his mind, a grand gesture would demonstrate his emotional weight, a gravity that was sure to pull his wife back to him. 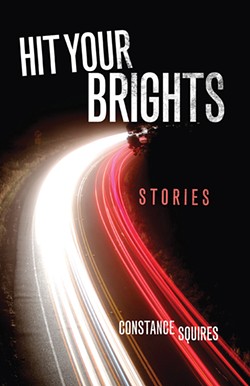 “He needed to show her a different side of himself, if there was one. Show her that he did care about things — about her.”

Squires never reveals whether that grand gesture worked, but of course we all know it won’t. It can’t because he isn’t addressing the real problem. The answer often seems clear, like in “Division Bell.” It is the answer we tell our suffering friends and what we try to tell ourselves when we are the ones suffering. But if the cure for addiction was as simple as illumination, then we would have already distilled and dispensed it in pill form with a modest copay for those with good insurance.

A spectator’s helpless view of someone else’s addiction is also explored in “Clean” as an eccentric WWII vet offers his niece a fistful of (allegedly) radioactive coins as a magic cure to help her get her life straight. The gift is insufficient, of course, as our attempts of aid often feel when offered to those being whisked away from us by their diseases.

Squires’ stories are rooted inside a modern Oklahoma — not the painted and pristine visage we show the world, but the mascara-run and gin-blossomed face we see the morning after. It is our honest face that, according to Alcoholics Anonymous, is necessary to know for those who hope to conquer the disease.

A job lost, a home lost, finally her possessions lost. She tumbles on with brief gasps as she takes in the glimpses of her world collapsing, yet she still believes she can swim. Jail is not enough. tweet this

“We admitted we were powerless over alcohol — that our lives had become unmanageable,” reads the first of AA’s twelve steps.

That first step remains elusive for many of Squires’ characters, and we — the reader and their fictional loved ones — can only watch as the addicts sink beneath the swell.

“You remember that you have no money and will have to write a check for the $1.70 drink,” Squires predicted for her Everyman about to purchase a soft drink. “This seems silly to you. If you’re going to write a bad check, for which you will end up paying between $25 and $75 in bounced check fees, you should at least make the purchase worth it. You buy a case of Budweiser instead and walk back to your house, watching as the bus stops and speeds off toward the freeway and your former job.”