A shooting at Louie’s raises questions about mental health procedure and resources. 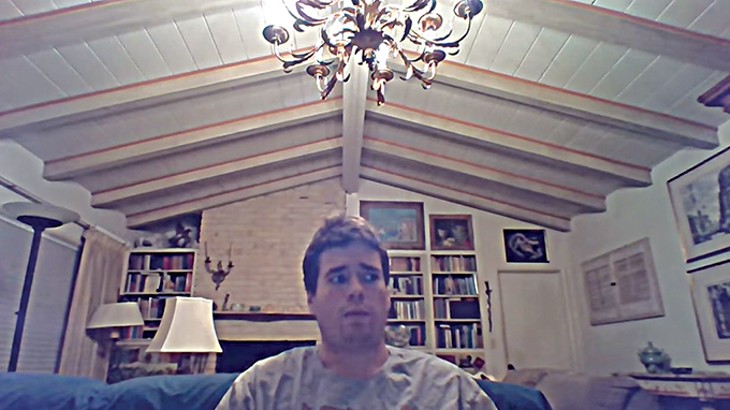 The morning after the May 24 shooting at the Louie’s Grill & Bar location at Lake Hefner, many of Oklahoma City’s internet denizens became momentarily entranced by shooter Alexander Tilghman’s YouTube channel Yahweh Rules2. The account’s posts paint a picture of Tilghman as a man under significant mental distress and paranoia, with video titles like “Demonic Ducks Laughing At Me” and “Satan Making Vehicles Louder On The Highway.”

Though they did not have thousands of views until after the incident that injured three people and resulted in the shooting death of Tilghman by two armed bystanders with law enforcement and military training, the videos posted by the Yahweh Rules2 account were concerning to some people well before the shooting. Some have wondered if enough was done to address Tilghman’s mental state before the shooting occurred.

The Gayly, an OKC-based LGBTQ community paper printed monthly, published an interview with Tilghman in January, more than four months before the shooting at Louie’s.

In a prepared statement, The Gayly said it first heard of Tilghman after receiving a tip about flyers reading “DEMONS CLONED IN TRANSEXUAL BODIES” being left under car windshields. The flyers led the Gayly staff to Tilghman’s YouTube account, and reporter Jordan Redman was able to contact him through the site. The Gayly was interested in interviewing Tilghman to learn why he was spreading what appeared to be transphobic rhetoric across the city.

The day before interviewing Tilghman, Redman called Oklahoma City Police Department to see if they had heard any reports on the flyers. According to The Gayly, OKCPD encouraged Redman to tell people to report any disturbing actions they observed by Tilghman rather than engage with him directly.

In the statement, Redman said she wanted to spread the word about Tilghman because “the community needed to know.”

“I felt our LGBT+ community needed to know this person was out there,” her statement reads.

On Jan. 8, an OKCPD field interview was conducted at The Gayly office. The FBI also released a statement after the shooting, saying that it had received at least one other tip on Tilghman’s YouTube channel as recently as May.

“The caller reported concerns about a YouTube channel associated with the subject, but did not report any potential threat of violence and did not have any knowledge of the subject possessing any weapons,” the FBI statement reads. “Based on this information, and following our standard protocol, no further investigation was warranted.”

The statement continues by saying the content on the channel was found to be within Tilghman’s First Amendment-protected free speech.

According to OKCPD procedure, a person determined to be mentally ill can be civilly detained and transported to an appropriate mental health facility. But determining which speech is a real threat and which falls under one’s civil liberties can be difficult for law enforcement.

OKCPD did not respond to Oklahoma Gazette’s request for comment before deadline. 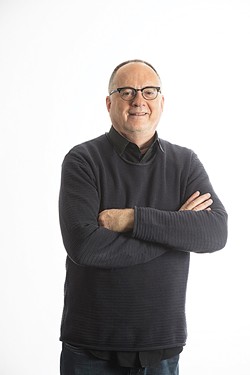 Though shootings in highly trafficked public areas are the aspect of the mental health crisis that grabs the most headlines, gun-related suicides claim far more lives on an annual basis.

A recently completed study by the Washington, D.C.-based Violence Policy Center (VPC) using 2016 Centers for Disease Control and Prevention data found that Oklahoma has the fourth-highest gun suicide rate in the nation. VPC concluded that, in general, states with weaker gun violence prevention laws and higher rates of gun ownership produce the highest gun suicide rates in the nation.

Mike Brose, CEO of Mental Health Association Oklahoma, said the high gun suicide rate is a sign that Oklahomans impacted by a mental illness either never seek treatment or do not have access to the resources they need.

Though he did not want to comment on what was specifically ailing Tilghman without firsthand knowledge of his condition, Brose said he seemed like a person with a high degree of mental distress.

“From what I can tell and read, he was finding ways to cry out for help,” Brose said.

In the video “Please Contact Me If Your Real,” the last post to Tilghman’s channel before the shooting, he clearly asks for some kind of assistance.

“I’m definitely losing it,” Tilghman says in the video. “I really can’t go on. I really need some help. Please.”

Brose has no way of knowing if Tilghman ever actively sought help or to whom he might have turned for such aid. But he said many of the videos Tilghman posted could have been subconscious cries for help.

“We do know that when people are in a state of untreated severe mental illness or distress and are asking for help … we’ve got to figure out ways to be able to provide that to them,” he said.

OKCPD’s procedure for dealing with mental health threats is generally in line with most other major cities. Brose said he would like to see law enforcement officers take a more active role in committing some people but also admits that it is a tricky situation to judge.

“The protection of a person’s civil rights is always very important,” Brose said, “but you have to weigh it against someone who is in obvious distress and not able to recognize they need any treatment.”

“We think that’s state-of-the-art,” Brose said. “We’re advocates for that to be used.”

Brose pointed to Colorado Springs as an example of a city where the co-responder model has seen success. Mental Health Association Oklahoma is currently working with the Tulsa Police Department on a yearlong, two-day-per-week pilot program for the model.

Outcomes are being studied and analyzed in hope that the results will convince budget-makers and law enforcement agencies around the state of the model’s effectiveness.

Brose said a co-responder model brings together the best of both worlds.

Brose and his colleagues have been discouraged by the state’s lack of commitment to mental-health funding in recent years. He said research has shown that mental health intervention early on is not only what is appropriate in a given situation but can be a reliably preventative step against violent outcomes.

“We’ve really evolved into what we call a downstream state, where you’re putting all your resources into incarceration rather than re-allocating them further upstream,” he said.

Brose does not like when stories like this validate his association’s position. Instead, he hopes for a day when local media outlets contact them to talk about the state as a national standard in community-based mental health services.

Before that day comes, it will take a more serious statewide commitment to mental health services.

“We live in this us-and-them world, and we want to think, ‘Oh, well, that’s them; it was that guy. What does that have to do with me?’” Brose said. “Well, it turns out it’s in every family and it appears in different seasons, at different times of lives and in different circumstances.”

The research and methods the state needs to take a step forward are already there. Brose said what is lacking is funding and a serious commitment to change.

“It’s hard work; it’s not easy,” he said. “But again, we’re finding that a co-responder model is the best way to go about doing that.”