After 40 years in business, Someplace Else still creates OKC favorites 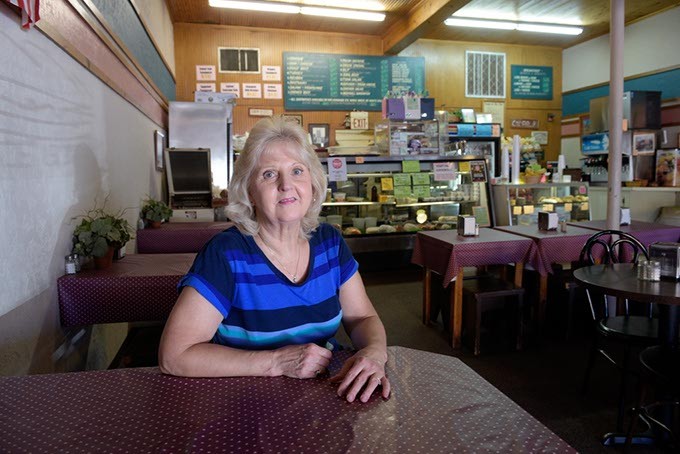 When she was asked why she and her husband chose to open a deli in Oklahoma City, Peggy Carty replied, “We were young and dumb.”

Young, maybe, but with 40 years behind it, it’s hard to classify the decision to open Someplace Else, A Deli and Bakery, 2310 N. Western Ave., as anything close to dumb.

Carty credits her husband, Dave, as the impetus behind the decision to start a restaurant. Originally from New Jersey, he was always puzzled by the lack of delicatessens here. After the pair met at Oklahoma City University, he wondered why nobody opened one nearby.

They decided to change that. The initial reaction to the eatery was happiness, she said.

“They were glad to see us here,” Carty said. “There weren’t many places around here for people at the school or the nearby businesses to eat.”

The neighborhood has changed completely, she said. Nearby NW 23rd Street has transformed over the years into a bustling dining and entertainment district.

“Every day, we see new people,” she said.

The deli was Dave’s idea, but the bakery was borne of necessity, Carty said.

“Getting bread from other places was really unreliable,” she said. “We couldn’t count on them to deliver, so we started making our own.”

The cookies, some of Someplace Else’s most popular items, were originally made by Carty’s mother. But as the venue’s popularity grew, it became too much work to outsource them. Instead, they turned to an employee whose father sold them their oven, which is still in use today.

The equipment takes after the concept in that way. Four decades later and deli-style sandwiches are ubiquitous. Someplace Else stays successful because of what hasn’t changed.

“It’s personalized service,” she said. “We have employees who have been working here for 20-plus years. They know customers’ names, [and] they know what they’re going to order.”

A few items have come and gone since the restaurant opened in 1976, but many others have become longtime customer favorites.

Carty said the most popular menu items are the Reuben; the avocado, cream cheese and bacon sandwich; and The Hoagie, a signature mix of ham, salami, Italian ham, lettuce, tomato and peppers on a housemade roll.

“I still eat The Hoagie,” she said. “My dad requests them all the time. I took them to his 92nd birthday not long ago.”

“We get lots of vegetarians in here,” Carty said. “In the beginning, that was an afterthought.”

But when one spends 40 years working six days a week, it’s hard not to notice trends that shape the business.

One way Someplace Else has kept so popular over time is that its prices rarely increase, she said. A much-loved item is the restaurant’s party sub, which comes anywhere from two to eight feet long and feeds a crowd for about $2 a person.

As 23rd Street continues its renaissance, so does Dave and Peggy Carty’s Someplace Else.

The business doesn’t have an official website or Facebook page. For more information, contact Someplace Else, A Deli and Bakery the old-fashioned way: by phone. Call 405-524-0887.

Print headline: Place making, After 40 years in business, Someplace Else, A Deli and Bakery still creates some of OKC’s favorite sandwiches.