Decorous — the full-length debut of Oklahoma City four-piece Bowlsey — is a lot of things, and that’s part of the problem. 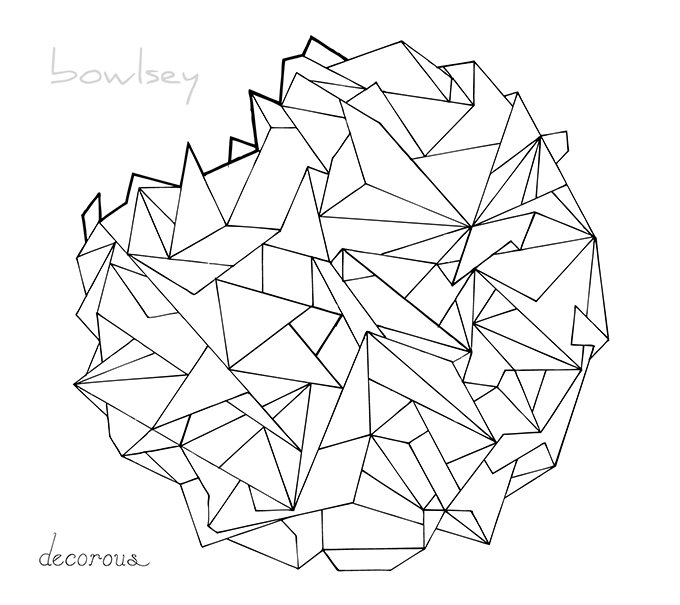 Decorous — the full-length debut of Oklahoma City four-piece Bowlsey — is a lot of things, and that’s part of the problem.

Admirably boundless, the album (and Bowlsey as a band) operates under a generously sized umbrella of any and all things chill or soulful. To be able to come across as anything resembling a true original in a modern state that is built more on revivals than innovation is more than a little commendable; Bowlsey’s closest point of reference is the genre-bending Gorillaz, and even that’s a sizable stretch.

And there are dazzling moments, gorgeous tones and stimulating juxtapositions littered throughout Decorous, but the signature style Bowlsey has fashioned for itself could use a little tailoring, too.

Because really, there are two bands operating within one here. Bowlsey No. 1 brews soft, refreshing moments that come and go like sun-showers. Bowlsey No. 2 pushes that folk-infused hip-hop (or soul-skewed acoustic pop, however you want to have it) into daring places with just enough fire on its lips. The marriage of those is where the real magic happens (“Extracurricular,” opener “Queen of the Ghetto”), but it’s a union rarely heard or felt. Instead, Decorous is a house divided.

That’s never more evident than it is in “Post-Slumberless” and the songs that follow. The former is a late-night Adult Swim hip-hop vignette (and a damn good one) that spotlights Taylor Mercier’s gruff but sharp flow over a sparse, glitchy construct of icy jabs and synthetic whale-song echoes.

Then the band skips a gear, sputtering into the — yes, very pretty, but out-of-the-blue — folk ballad “11:11” and its saucier, spiritual cousins “Struggle” and “Junk.” This is precisely where Bowlsey’s unique approach reads more confusing than neoteric. “Post-Slumberless” becomes a weird head fake, whetting your appetite for something that’s not to come again — the aural equivalent of a whiff of sizzling fajitas zapping the flavor from the dish sitting on the plate in front of you.

Where the smoothness of that breezy trio serves as an attribute, it borders on mild by the same token. Bowlsey does pleasant too well at times, eager to please the crowd (“Draggin’,” “Resin”), but what works in the lounge doesn’t always work on the record.

No doubt lots of things still do. There’s a formidable chemistry to Clarissa Castillo’s sweet, sultry vocals paired with Mercier’s raspy rhymes, and that’s especially potent when they are layered on top of each other, as they are in “Temperance.” The organ sprinkled through the record brings things to a fun place, as well, especially in the lightly twisted “Beelzebub” and seductive “Selfish.” But as a whole, it feels a little fleeting.

In a lot of ways, Decorous is a broad (and inebriated) philosophical discussion over the glow of a bonfire; it feels good and warm but hell if it’s not all a little fuzzy the morning after.