Album review: The Bourgeois – We’re Still in the Gutter, But Some of Us Are Looking at the Stars 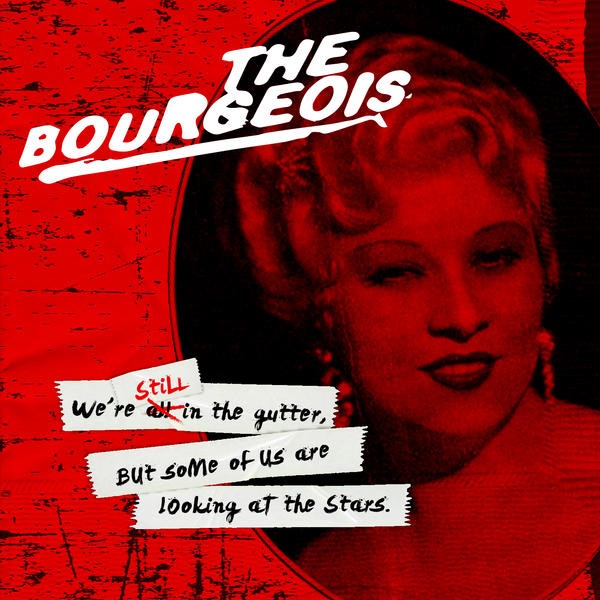 The Bourgeois want to be both well-liked and dangerous, but those two things are immensely difficult to pull off simultaneously.

The Tulsa trio isn’t alone in that. A big wave of arena-ready rock bands have attempted to have that cake and eat it, too, some more successful than others at it. Basically, you have to be cool enough to charm the daughter but safe enough to ease the worries of mom and dad.

The Bourgeois feel so clearly mindful of this in the exhaustively titled We’re Still in the Gutter, But Some of Us Are Looking at the Stars, a well-polished and slickly produced alt-rock record whose fangs have been filed down just a little too much.

That’s not to say it’s toothless or uninteresting, and aiming yourself toward a radio-friendly sound is a good way to nail down some quality choruses and hooks.

The Bourgeois’ propensity for pulling out of all corners of alt-rock and recycling it into something unique is laudable, too. But the band mutes some of the coolest influences and weirdest ideas (there’s venomous METZ-inspired riffs and percussion runs that bring a vital edge to songs like “No Remorse,” “Be Your Own Machine” and “Smoke and Mirrors”) and turns up the volume on the more easily palatable ones.

Such methods result in the inoffensive but all too familiar “Perverting the American Dream” or “Whenever I’m with You” playing 15 years past due and bearing more in common with just-left-of-center ’90s rockers Stone Temple Pilots and Bush than Smashing Pumpkins and Nirvana. Lorde cover “Royals (Pure Heroine Overdose)” unfolds in similar fashion, like a Gavin Rossdale cash-grab. It’s less bad than unnecessary.

This affliction isn’t alleviated by the hard-rock, cliché-addled lyricism (“Once the Novocain hits the brain/ Numbness can start to cure the pain” and “Heavy is the head that wears crown of thorns/ I’m replacing my angel wings with devil horns”) or the textbook Hot Topic emo title “Walk on the Oscar Wilde Side.”

All of it comes together in pockets. Nervy opener “Smoke and Mirrors” feels the most natural and serendipitously finds The Bourgeois at its best, while “No Remorse” is a formidable entry into the modern blues-rock fray.

And to find that balance even on occasion so early (it took Arctic Monkeys and The Black Keys almost a decade each to consistently hit that mark) is promising. There’s a lion there; it just needs to be let out of its cage.