Alcoholmanac: ABLE Commission is prepared to issue licenses under new alcohol laws, but a small number of businesses are applying 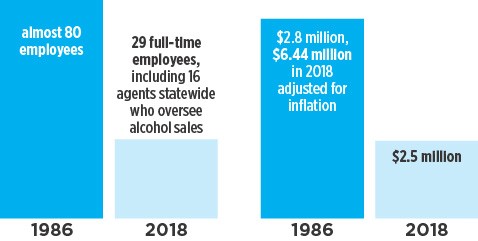 The decision made headlines as three health-focused state agencies saw swaths of funding carved out of already-shrinking budgets. State legislators were forced to return to the Capitol to fill the $215 million budget gap.

A lesser-known impact of the court’s ruling was on the ABLE Commission.

Tucked inside the Smoking Cessation and Prevention Act of 2017 was language prompting $1 million in collected fees to go to the state agency. ABLE Commission leaders earmarked those funds for hiring six new law enforcement agents to join the 16 agents statewide in conducting tobacco and liquor compliance checks.

“You often hear about the three agencies affected. Well, there were four,” Steven Barker, the commission’s general counsel, told Oklahoma Gazette. “We were supposed to get $1 million. Granted, that’s small potatoes for the other agencies, but that was 40 percent of our budget that fell by the wayside.”

The unconstitutional fee of $1.50 per pack of cigarette and lawmakers failures to pass revenue-raising measures remains relevant for ABLE Commission months later. This October, the state ushers in a host of new alcohol laws allowing grocery and convenience stores to sell full-strength beer and wine if licensed. ABLE Commission estimates an additional 3,000 alcohol-sale licensees to regulate under the new laws.

“This is an agency with 29 full-time employees statewide,” Barker said. “Three thousand of them versus 29 of us isn’t going to go very far.”

In seven months, Oklahomans will be able to buy full-strength beer and wine from grocery and convenience stores and purchase cold beer and items that don’t contain alcohol at liquor stores. It’s a law change in response to State Question 792, approved by state voters on the November 2016 ballot. The state question, along with its companion Senate Bill 383, marks only the third time the state’s alcohol laws have been rewritten. The two other events are the repeal of state prohibition in 1959 and passage of the legal sale of liquor by the drink in 1984.

Modernizing the state’s liquor laws came at a time when lawmakers in the cash-strapped state have been slowly decreasing appropriations to the many state agencies, including the ABLE Commission. The state relies on ABLE Commission for liquor licensing and enforcement as well as overseeing charity gaming and youth access to tobacco.

Following the 2008 legislative session, ABLE Commission received $3.95 million in state funding. The state’s investment into ABLE Commission has been retreating ever since. Last session, lawmakers appropriated $2.5 million. For the most part, reductions have come from staff attrition, Barker said.

State leaders recognize the role ABLE Commission is playing in the implementation of the SQ792 provisions. Gov. Mary Fallin called for designating $3.45 million to ABLE in her executive budget for the coming fiscal year; however, that budget was based on the passage of the Step Up Oklahoma plan, which called for increases to tobacco, motor fuel, wind energy and a 4 percent gross production tax. The plan failed to garner enough support from lawmakers in a House vote.

As state leaders continue to lay out a grim financial future for the state, Barker said ABLE Commission’s focus is to maintain what they have.

A lean but confident ABLE Commission stands ready to assist the public with the new liquor licenses; however, it is doing it with half the personnel and half the budget it had in 1985. In those days, the agency’s only responsibility was liquor.

“Our director is very good about saying, ‘We’ll never tell you we can’t get it done,’” Barker said. “The fact of the matter is that the wave is coming. It is going to be very difficult if folks wait too long.” 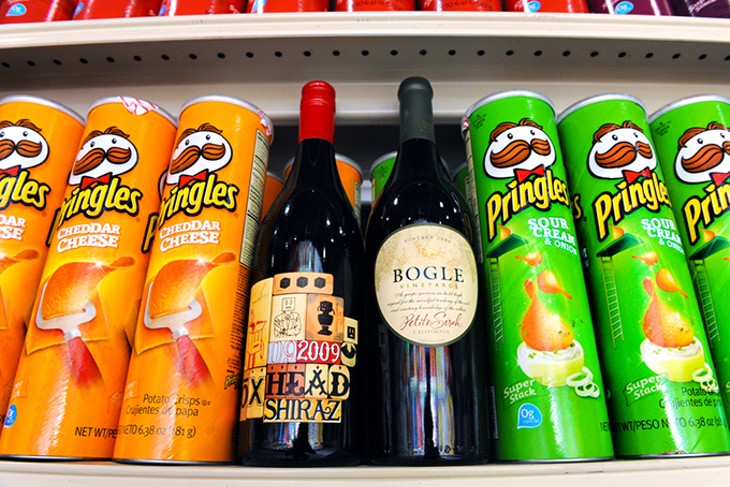 At ABLE Commission’s office in northeast Oklahoma City, the phones ring regularly. Callers at the other end ask all sorts of questions about the new liquor licenses.

Those calls don’t reflect the number of interim license applications filed. ABLE Commission has awarded between 200 and 300 alcohol-sale licensees of the estimated 3,000.

“We are starting to get concerned about a backlog,” Barker said.

All interim licenses take effect Oct. 1, but they allow sellers to begin buying products from wholesalers in advance. Right now, the agency is approving licenses between 30 and 45 days after filing, but only if the paperwork is in order, Barker said.

One reason retailers could be delaying is license costs. With 3.2 beer, stores were required to register with Oklahoma Tax Commission and follow local licensing laws. Under the new laws, the cost of a one-year retail beer license is $750 and the one-year retail wine license is $1,250.

If retailers put it off until late summer, there is a chance they will not get their license in time for Oct. 1.

There again is another group that will be seeking licenses from the ABLE Commission in the next seven months.

“As we sit here today, in order to get an employee license, you cannot be a convicted felon,” Barker said. “What I have heard frequently from folks around this state, specifically from some convenience store chains, they can have numbers of employees that are convicted felons. This is going to be a problem. Whether or not this gets addressed by the Legislature, we will see.”

Print headline: Modernizing laws; What does a change in Oklahoma’s alcohol laws mean for the ABLE Commission?