Bricktown Brewery is Oklahoma City’s oldest brewery, having been in business for over 25 years. But as the nascent craft beer scene began to grow with high alcohol content brew before last year’s transition away from low-point beer, Bricktown remained committed to its low-point beer.

If it has been a while since you’ve tasted Bricktown’s core group of beers, you might notice a difference. Its core of six ales has seen a slight bump in alcohol content in recent months, since the implementation of October’s new alcohol law.

“All of the beers have gotten so much better since [the law change],” said W.G. “Buck” Warfield, president of Bricktown Brewery Restaurants. “We were a little like a boxer with a paper bag over his head for about 25 years. It just wasn’t fair. I knew we could do better than we were doing. Now those days are over, and we can start to have some fun.”

Warfield and his ownership group acquired Bricktown Brewery in 2011 when the company had about 35 total employees and $2 million in sales. He said the group now employs 850 people and tops $30 million in sales as Bricktown Brewery now has 14 total locations in Oklahoma, Arkansas, Kansas and Texas. A fourth Oklahoma City metro area location is slated for the third quarter of 2019.

Its core group of beers like Old King Kölsch and Blues Berry Ale received a bump in alcohol by volume (ABV) from around 4 percent to 4.6 and 4.7 ABV, Warfield said.

“You have more middle to the beer, more body. They’re more enjoyable to drink,” he said of the core beers.

The core group is committed to providing session beers, which Warfield said act as a gateway to higher alcohol content beers. Stronger beers are showcased in seasonal beers like a doppelbock that is 7 percent ABV. 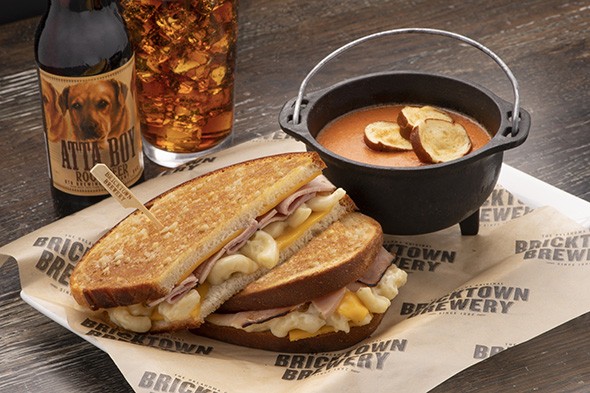 “Unless you’re in Colorado, Washington or California, the vast majority of people are transitioning into craft beer,” Warfield said. “I’m a believer that you need to help people wean themselves off of Coors and Miller. Very few people jump into the craft beer world and declare themselves an IPA guy.”

Warfield got his start in craft beer in the early 1990s in Colorado, where he eventually took the Rock Bottom Restaurant group public. He still sees plenty of growth in the Oklahoma market, which ranked 48th in the country in total number of craft breweries in 2017, according to Craft Brewers Association of Oklahoma, while being the 28th most populous state in the country.

Bricktown’s BT Brewing Company, which operates from its downtown facility and one in Hulbert, will begin distributing its own beer to other bars and restaurants in the next few months, and Warfield hopes to have Bricktown beer on retail shelves by the end of 2019.

Bricktown Brewery’s beers are not the only things to get a makeover in the early part of the year. The rotating Twisted Comfort Foods portion of its menu, which changes every 10-12 weeks, debuted in late February.

The restaurant delivers familiar items like chicken-fried steak and burgers but has also added pizza ovens to a majority of its locations and recently unveiled a cauliflower crust.

“We want to surprise you with things that you might not expect,” Warfield said. “The worst thing that happened to the industry was the term ‘gastropub’ when everyone tried to be pretentious. Outside of New York and Chicago, that rarely works. I don’t want a deconstructed hamburger.”

The seasonal menu is built around a new pork green chili, which is available as a soup or piled on top of house-made tater tots with pulled pork, bacon, cheese and cilantro and topped with a fried egg. Warfield said it is already a big success and in contention to be added full-time to the menu.

I knew we could do better than we were doing. Now those days are over, and we can start to have some fun. W.G. “Buck” Warfield tweet this

I thought the pork green chili was a big winner. It has a good amount of spice and lots of yolk dripping through the dish. As nice as it was to see house-made tater tots, I’m not sure the extra work gets a payoff. I’ve had other chefs tell me that its impossible to make an in-house version of tater tots better than the frozen variety, and I have to agree. Even still, the Totchos are a real winner.

Another great appetizer addition is the hot fig and goat cheese dip that is served with pita and apple slices. When it is all mixed together, the saltiness of the goat cheese pairs great with the fig. It is also nice for people who have a gluten-free diet to dip the apple into the dip.

The fried chickpea salad was refreshing, and I was happy to see the introduction of avocado into the dish for its heart-healthy benefits. The chickpeas are a nice replacement for croutons that add some protein. 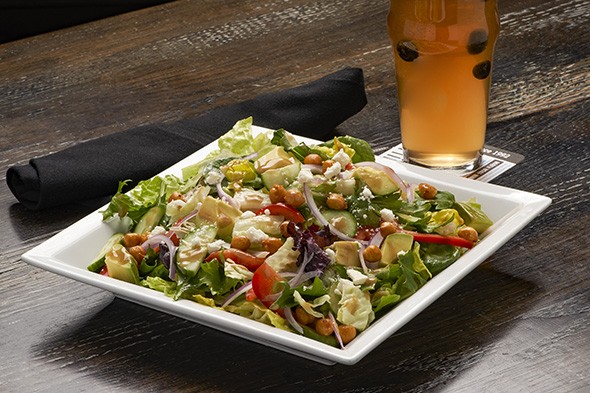 The tri-tip steak sandwich is like a steak and cheese sandwich on steroids. California is famous for its grilled tri-tip, and it’s nice to see it on the menu here in Oklahoma, especially when paired with rosemary au jus for dipping.

Every Twisted Comfort Foods menu features a grilled cheese paired with San Marzano tomato soup. It is hard to go wrong with a grilled cheese and tomato soup combination, especially when this grilled cheese adds ham and macaroni and cheese. The bread is baked in-house, is perfectly crispy and receives Pecorino Romano cheese in addition to the creamy, cheesy pasta.

There was hardly a misstep on the new menu, and I enjoyed a taste of some of Bricktown’s seasonal beers, especially the deep-bodied dopplebock. I like that Bricktown has plenty of other Oklahoma beers on tap, and the freshly made pizza was very good, as well.

What needs work:Its house-made tater tots aren’t quite as good as the frozen variety.