With touches of its history, Elmer’s Uptown provides live music, drinks and food for generations of fans. 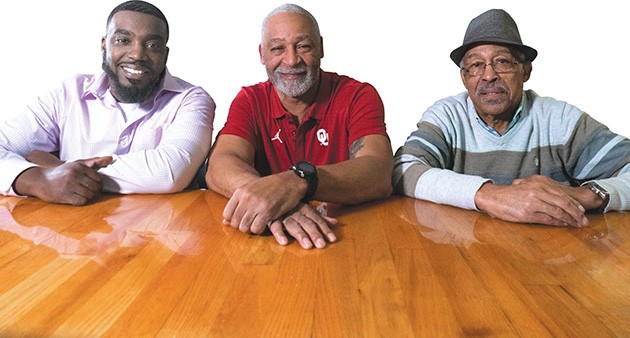 The legacy founder Elmer Kemp established throughout the decades and locations of Elmer’s Uptown is still felt, even after his death in 2018.

Walk into the bar and grill, 3925 N. Lincoln Blvd., for one of the four nights a week it offers live music and there is likely to be a table with three generations enjoying the band.

The club Kemp started in his own name continues to thrive under the ownership of his nephew Carl Kemp Jr., and new co-owner Mario Long is making sure the venue reaches new generations — all while Elmer’s brother Carl Sr. dispenses wisdom and guidance.

“You never know who might walk through those doors,” Kemp Jr., who came on board in 2010 when Elmer’s Uptown moved from another location on Lincoln Boulevard, said. “We’ve got a pretty good venue for having a nice crowd. There are no worries. It’s really good when you have a place where your customers value their spot as much as you do.”

The tablecloth-lined tables, buffets by request and orders written on paper tickets for menu items cooked in a seasoned cast-iron skillet are all remnants of the hospitality that Elmer Kemp learned while working in a local country club in the 1950s and ’60s that live on for new generations at Elmer’s Uptown.

There are a few other traits like never charging a cover at the door and a commitment to an orderly atmosphere.

“[Elmer] had some tough ways; he was really strict about the bar. If you got out of line, he’d sweep you out of here. … You had to look presentable,” Kemp Sr. said. “[Kemp Jr. and Long] came in later and kept it going. They’re not as tough as he was. He was mean, but he was good to his help; he respected them and they respected him.”

There are many longtime employees, like bar manager Teresa Black. Elmer Kemp hired her at the original Elmer’s Uptown in the early 1980s.

“He took me under his wing and did everything with me, showed me the bar, how to wait tables and how to interact with the customers,” Black said. “Customers love me, and I’m just me; I’m not doing anything special, and he’d tell me all the time, ‘I told you you’d be a hit.’

“He could also hit that nerve. He’d tell me that I’m fired, and I’d say, ‘No; I quit.’ I’d leave, and the next day he’d call and ask why I was late to work. When he passed, it was hard for me because he was so good with me and got to know my family, mom and dad. He was a family man and everyone loved him, but everyone might have something bad to say too because he’d speak his mind. People would come in and ask for water. ‘Water? We serve whiskey. I can’t make no money off of water.’”

If walls could talk

Kemp Sr., 82, is also a longtime veteran of Oklahoma City’s nightclub scene. He managed famous Lincoln Plaza for years and helped manage Elmer’s Uptown until stepping away a few years ago around the time Long came in as partner. Kemp Sr. remains as host emeritus, ready to regale customers with history and stories.

“If those walls could talk, they’d have a lot to say,” Long said of Kemp Sr.’s time at Lincoln Plaza.

After working as beverage director at the Hilton, Elmer Kemp set out on his own and opened his first club on 23rd Street, The Top Hat Club, in the early 1960s, when Oklahoma City was still segregated.

While at The Top Hat, Kemp brought in acts like Lou Rawls and Bobby Bland Band to the city. He organized what was known as “blue Monday,” a coordinated effort to support other black-owned clubs on the slowest night of the week. The regular customers and owners from other clubs would go to a different club every week. 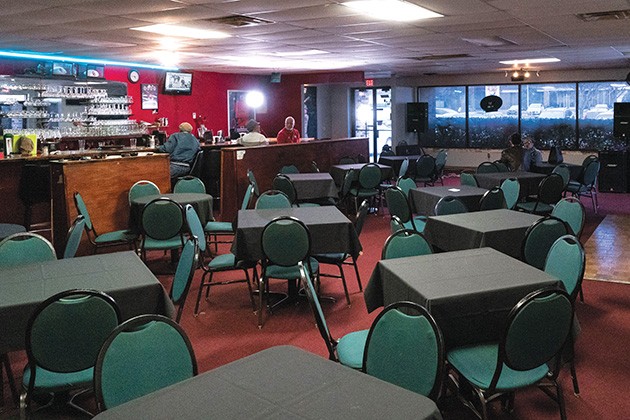 “He was a visionary type of person, and he was ahead of his time,” Long said.

Elmer Kemp ran The Top Hat until the original Elmer’s Uptown opened in the late 1970s at the corner of NW 25th Street and Walker Avenue, which is now a vacant corner across from The Pump Bar. The location moved to Lincoln Boulevard and then across the street to its current location about 10 years ago, which is when Kemp Jr. got involved.

“When we first started to move the business across the street, he asked, ‘What are we going to do about a name?’ I looked at him like, ‘What do you mean what are we going to do about a name? It’s going to stay Elmer’s Uptown,’” Kemp Jr. said. “We’ve been a pillar in the community. Why would we want to change something that everyone knows the name? It’s epic. There are people whose grandkids are coming in now, and it just keeps going down. Those are the type of people that we have come in an understand the value of having a good place and not have any problems.”

Elmer’s Uptown opens daily at 5 p.m. and hosts live music every Wednesday and Sunday, a DJ plays music every Saturday and house bands perform every other Friday.

Long and Kemp Jr. have begun experimenting adding events on Tuesday once per quarter, building off a successful Fat Tuesday event and look forward to hosting a St. Patrick’s Day event March 17.

“Right now, they’re doing a fantastic job,” Kemp Sr. said. “Elmer’s name was out there, but now with Mario, he’s come in and done a wonderful too. Keeping a good crowd is what makes it work.” 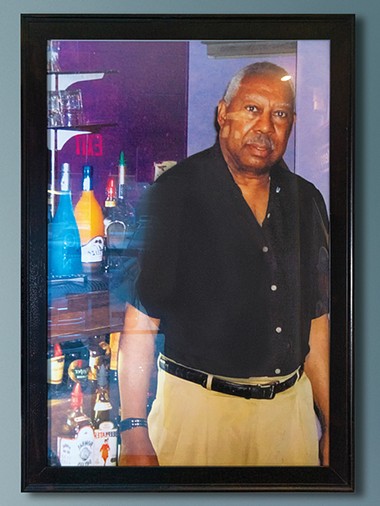 Whether it is using social media or thinking about adding a Sunday car and motorcycle show that ties into Lincoln Boulevard’s history as a car-cruising hotspot, Long is up for bridging the generation gap.

“We’ve been able to incorporate new ideas, and you have to change with the times, but we haven’t lost the fabric that this places exists because of,” Long said.

The kitchen at Elmer’s Uptown opens daily at 6 p.m. It’s a set menu featuring burgers, rib-eye and T-bone steaks and chicken wing baskets. Its secret is using seasoned cast-iron skillets to fry its chicken and catfish, which is served as a filet, and it’s also one of the few restaurants serving whole catfish on the bone. It also offers buffet service on request.

“When Mario came on, he said, ‘Why don’t we put it in the fryer?’ It’s a whole different taste,” Kemp Jr. said. “Nothing precooked, and it can get hectic if people order at once. You have to say, ‘Do you want the chicken done? Have another drink and wait.’”

Black and the bar still serve Elmer Kemp’s own recipe for a margarita invented long before frozen drink machines were an option. She said in recent years, they’ve been experimenting with his recipe, adding peach and blue Hawaiian varieties.

Elmer Kemp’s favorite drink, J&B scotch whiskey, remains a bar favorite, and it gets extra pours every July 4 during a party honoring the founder on his birthday.

Family is important for Kemp Jr. His son is three-time Major League Baseball all-star Matt Kemp. His signed poster in a Los Angeles Dodgers uniform greets customers next to a photo of Elmer Kemp.

“It means everything to me because of course my last name is Kemp,” Kemp Jr. said. “I’ve had people come to me and say, ‘I like what you and Mario have done with Elmer’s, doing what needs to be done to make this place popular.’”