Alcoholmanac: The Brew Shop helps both hobbyists and entrepreneurs get hopping 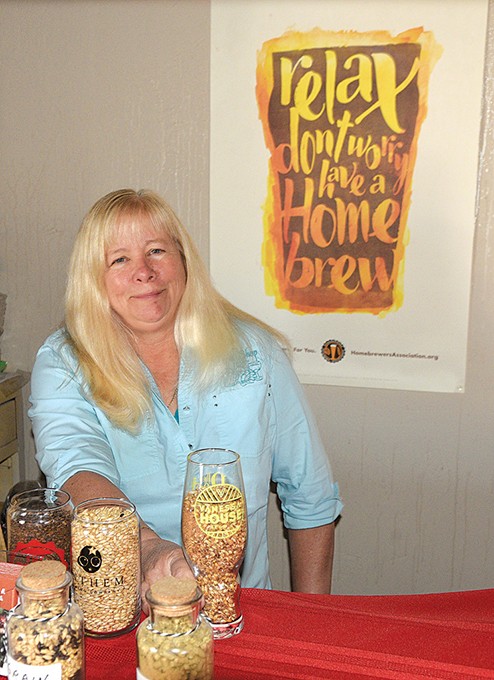 Behind every successful craft brewery that has popped up in Oklahoma City over the last decade is an origin story. Whether it’s a batch of ale brewed in a garage using a premixed kit or a few classes to learn the basics, the supplies and knowledge needed to homebrew beer are available at Gail White’s  The Brew Shop, 2916 N. Pennsylvania Ave.

Founded in 1995, The Brew Shop existed in a gray area between federal and state law for its first fifteen years of existence. Federal law made home brewing legal in 1978 but an Oklahoma law only legalized cider and wine, leaving out beer until 2010.

“People would say I didn’t know or I don’t care [that home brewing beer was illegal],” White said. “There were diehard people that were interested. As long as you didn’t sell it or make huge amounts, it wasn’t a big deal.”

The community the shop helped foster speaks to how it has survived to be the only homebrew shop in Oklahoma City’s city limits. White bought the store from Chuck Deveney, who moved in Colorado in 2010, and established a home brewers club that now counts over 125 members.

One of those members is Tony Tielli, owner of Roughtail Brewing Co.

“I think its pretty safe to say that without Gail, there may not ever have been a Roughtail Brewing Company,” Tielli said. “As a home brewer, I always bought ingredients from her shop and always looked forward to talking shop with the other customers and Gail.  She was the one who invited me to the first meeting of her new homebrew club, which would go on to become the Red Earth Brewers, one of the state’s premier, award-winning home brewing organizations.”

There are times when White looks around and wonders ‘How did I get here?’ With a background in dental assistance training, she put it on hold for 17 years to raise six children.

As a newly single mother, she said she was looking for something new to do when her friend Deveney told her that he was thinking of moving to Colorado.

“It was right place, right time,” White said. “It was something I was interested in, but I had never brewed before. I learned quickly by volunteering at the shop and reading article after article. I never would’ve thought at this stage in my life that I would start teaching people about making beer and wine at home. Life is strange sometimes, but here I am.” 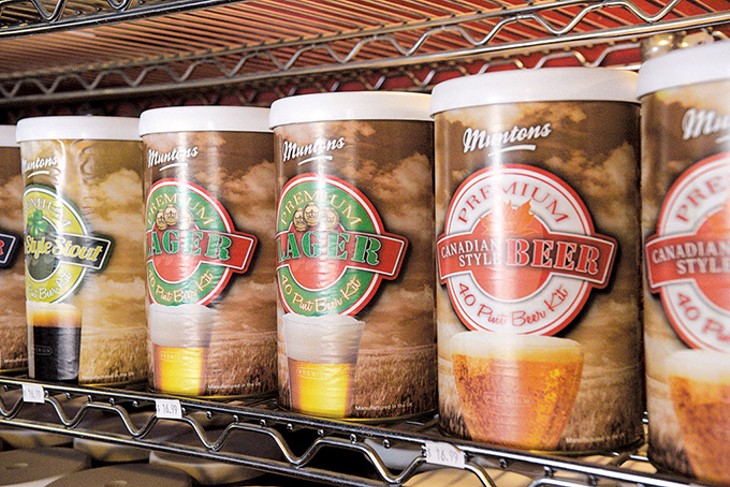 “It’s fun to see how home brewers have progressed over the last few years,” White said. “To see some of them expand and grow and win awards has been really exciting for me.”

“I would easily count Gail as one of the most important influencers in the growth and development of the Oklahoma craft beer scene,” Tielli said. “It all starts somewhere and for most of us it started hanging out at the Brew Shop on Saturday, buying ingredients and talking beer.”

White started a wine club in 2016, which meets at the rental space connected to the Brew Shop that includes a kitchen to begin the fermenting process. White takes the group on tours of local vineyards and orchards to pick up tips for their own experimentation.

“Sometimes people start in wine and then decide to make beer as well,” she said.  “There are more women than men in the wine club, but I would guess that 90 percent of my beer customers are men.”

The craft beer industry is male-dominated. A 2014 Auburn University study found that women were 29 percent of the workforce in the craft brewing industry, and a Stanford University study from the same year said that only 4 percent of 1,700 breweries studied had a female head brewer or brew master.

A 2013 Gallup poll suggests that women are more likely to choose craft beer over mainstream lagers. Only 20 percent of women choose beer over other alcoholic drinking, but women make up 37 percent of craft beer drinkers, the study found.

“Some people say they don’t like beer,” White said. “But there are over 30 categories of beer with multiple subcategories. There has got to be something that you might enjoy. It’s cool to educate people about beers they didn’t know exist.”

White said that the most popular beer trend in the last year is the prevalence of New England-style India Pale Ales (NEIPA). Traditional IPAs gain fans with their citrus notes but turn others away because of lingering bitterness. White said the New England style is the best of both worlds. She pointed to Roughtail’s Everything Rhymes with Orange as a good example of an NEIPA.

“Their characteristics are a lot of hops, but instead of the bitter end of the spectrum, they are all aroma and flavor hops, so you don’t get bite in your face at the beginning of the drink,” White said.  “It’s more of a wonderful aroma and flavor of tropical hops.”