All in a Nights Work purges art from Sallee 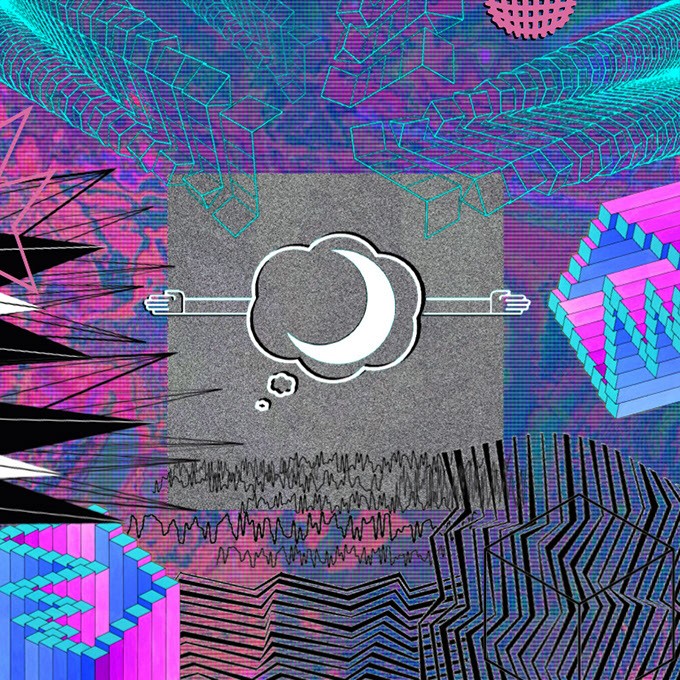 In the animal kingdom, creatures are at their most dangerous when they are backed into a corner, vulnerable and controlled by instincts deeper than conscious direction.

It is there that a most essential and primal state is tapped into, the reason the most frightening destruction and beautiful triumphs are born out of the lowest of places.

Oklahoma City rapper Josh Sallee doesn’t guard his emotions, and so often, his back catalog feels like a crayon box of desire, rage, joy, sorrow and thirst. But on occasion, his head can step in the way, his compulsive id of an artistic personality at odds with his driving ambition to be the world’s new favorite rapper.

He’s totally out of his head and swimming in his guts with All in a Night’s Work, a surprise five-song EP that — like the title suggests — was conceived and executed over the course of a single night, with beats that producer Cub$ constructed.

Sallee described it as something of a purge in artwork that accompanies the release, a restart button on a span of weeks that had spiraled into a maelstrom of negativity, the death of his grandmother (tackled on the devastating “MaybeHeavenWasJustLonely”) and severed personal relationships.

Sallee is at his best when his jaw’s unhinged, ready to devour anyone or anything standing in his path. With this EP, you might very well expect a full-on fangs-dripping attack. Instead, All in a Night’s Work is more somber, a shadowy slither content to dwell in the darkness off-screen.

And that’s an emcee that many fans might not care for or want to indulge in at all, the cocky bravado traded wholesale for a hurt, poetic soul. But it’s a masterful one, a manic spirit trying to settle himself down the only way he knows how. Tracks like “Make It ... Sweet” and “Say What You Will” are new terrain for Sallee, drenched and dripping in that new-school R&B aesthetic, especially the hip-hop fringe that Childish Gambino and Frank Ocean molded into the sound of now. These tracks are slower and more deliberate than anything before (the latter track ends with a spoken word outro that features Sallee at his most artistically and spiritually untethered), but they are still full of life.

“Old English” comes closest to the Sallee we have known. Slapped down on this gooey palate, it simmers and slides like magma, and as closer “Leave” drifts away, we’ve witnessed Sallee enter the room disarmed and leave having never felt more explosive.