With a new name, new look, and new offerings, WanderFolk Spirits is putting Oklahoma on the liquor map.

With the exception of the odd bottler of “sourced” whiskey or a handful of backwoods moonshiners, Oklahoma has never been much of a home for full-on liquor. Our wine industry produces loads of popular, fruity choices, and our craft beer market is off the charts, but for genuine Oklahoma-distilled spirits, there just aren’t many options, and there are none with the local pedigree of WanderFolk Spirits.

What? You’ve never heard of WanderFolk? Sure you have.

They used to be called Prairie Wolf, and though they’ve added some new labels, new lines, and a new name, they’re still determined to churn out the hooch with a uniquely Okie flair.

Let’s take a tasty trip through the Guthrie-based distillery’s current offerings and see what’s what. 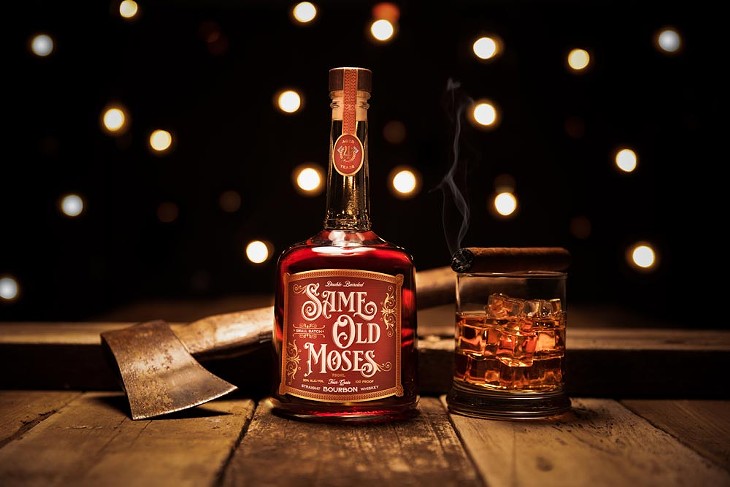 The general attitude among boozehounds is that you can’t really be a respectable distillery without a solid whiskey offering. We’ll stay out of that debate for now, but with the addition of the new Same Old Moses Bourbon, WanderFolk is making sure they stay in the game.

Boasting a four-grain mashbill (something of a rarity in the bourbon world), Same Old Moses is a solid step into the saturated whiskey market, and is nothing short of a slam dunk for Okie-made bourbon.

Rather than shoot for the soft, sweet, accessible Buffalo Trace character that the bourbon bros go crazy for, the Same Old Moses is reaching for something more unique. While the corn is the sweet, light foundation, and the wheat adds a slight touch of musty cinnamon, the rye is the star here, coming out swinging with bold leather and spice. Surprisingly easy on the palate for a relatively young 100-proof, this one drinks very close to some of the best charcoal-filtered Tennessee whiskies, showcasing the same bitter tea and super subtle grassiness of something like the Dickel Barrel Select (also a favorite).

If the end-of-summer heat has you reaching for something cold and refresh- ing, and you’re getting tired of the white wines, countless IPAs, and seltzer after seltzer after seltzer, then you’ll be glad to know WanderFolk has you covered for whatever chilled cocktail you need.

Now if only we could get a good Oklahoma brandy... 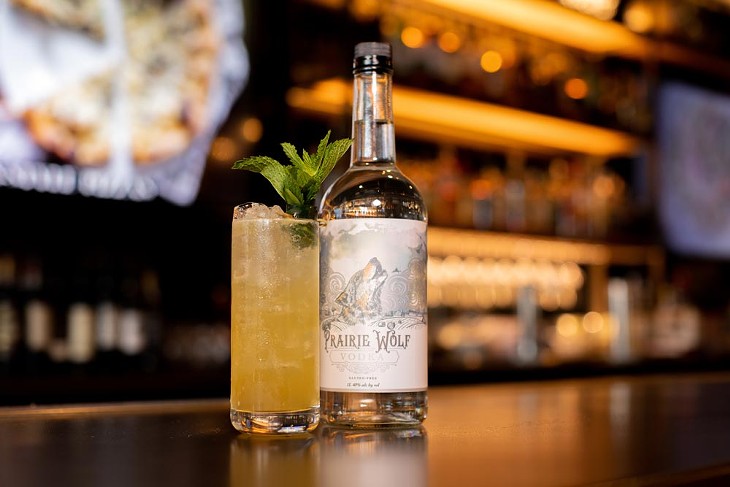 If you’re a spirits drinker in Oklahoma, you’ve surely had a run-in with Prairie Wolf Vodka by now. Straightforward and reliable, it’ll stand up to any other simple vodka in its price range, and a few well above, too. If you like a dry vodka martini or a simple, fruity cocktail, try the Prairie Wolf in place of your Svedka or Smirnoff.

The current iteration of the team’s first botanical beverage, Loyal Gin is an aptly- named London Dry-style standby. Juniper-forward with a hint of tea and a slightly- elevated proof, it stands up to whatever mixer you prefer.

And look, if you haven’t had the Prairie Wolf Dark, you’ve been missing out. Might seriously be the best coffee liqueur on the market, and it has the scores to back it up. It has outscored Kahlua practically everywhere, and it works as a standalone sipper better than any one of its boozy-sweet competitors. This is what you want in a White Russian.

Distilled entirely from corn, the Garden Club Vodka is a subtly sweet neutral spirit in the vein of the indestructible Tito’s. It’s a perfect platform for sour citrus or pepper, which is exactly what you’ll get in the Spiced Citrus Vodka.

This line is really all about the Garden Club Gin, though. Decidedly not your standard London Dry, this one is loaded with citrus fruit botanicals like orange peel and cinnamon spice, much more in line with Dutch-style genevers and old-school sweet gins. Stick this in your gimlet and drink it.