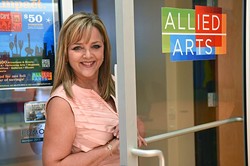 This year is one of the best for Allied Arts, which raised more than $3.4 million, the second time it has exceed that mark since its beginning in 1971.

Proceeds of the foundation’s yearly fundraising for the arts goes to 26 different member organizations and many smaller groups that receive various grants from year to year. 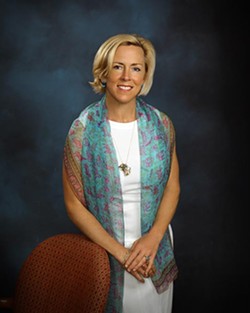 “The Allied Arts funding touches over 500,000 kids,” she said. “That funding helps to ensure that children of all backgrounds have access to the arts.”

Of concern to her and Deborah McAuliffe Senner, president of Allied Arts, is the impact of continued cuts to arts education in schools, including funding for vocal music, instrumental music, drama and art programs.

Everest said Allied Arts was formed with the goal to “help bridge the gap” between what a school district needs and its budget limitations.

“With the funding cuts, it’s even more invaluable that [Allied Arts is] contributing to these organizations to ensure that there is access for everybody,” Everest said.

Community investment — physical, emotional and financial — is necessary in order to provide and sustain arts education and participation opportunities for youth across the metro area.

Charity Navigator takes into account sound fiscal management, good governance and commitment to accountability and transparency, according to the nonprofit’s official website.

These are critical and hard-to-achieve elements that help Allied Arts draw greater yearly commitments from its largest corporate supporters and individual and grassroots donors.

In 1971, Arts Council Oklahoma City was one of a few groups that helped establish Allied Arts.

Arts Council, which is still one of the foundation’s supported agencies, is most visible to the public each year, as it organizes the popular Festival of the Arts each spring and Opening Night each New Year’s Eve.

Peter Dolese, the council’s executive director, said the best example of Allied Arts’ reach is the council’s All Access Arts program, which provides arts education to approximately 20,000 area residents of all ages through its work with underserved schools, community agencies, libraries and Oklahoma City parks each year. 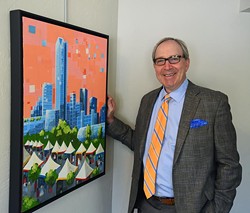 He said the support the council receives from Allied Arts gives it freedom within broad guidelines to develop new programs as needs arise. He called the funds “flexible dollars.”

“We have arts in school, we have arts after school,” Dolese said. “We have a creative aging program that reaches dementia, Alzheimer’s and other cognitive challenges in senior adults. We have programs in senior centers, nursing homes, assisted living centers.”

The secret to Allied Arts’ success isn’t a secret at all: It constantly develops new leadership across all adult age groups within the community.

Its strategy is to enable a diverse group of business and community leaders to actively engage in fundraising efforts.

Senner said the board consists of 104 people. Each member is expected to be on at least one committee, and many are on two or more.

Board members also invest in the foundation. This year’s members contributed more than $400,000 to the campaign.

The “starting line” group in Allied Arts membership, Catalyst, is comprised of 140 people age 40 or younger who donate $300 per individual or $500 per couple annually, are actively engaged in networking and lend hands-on help for foundation events.

However, while the public might view arts fundraising as a “big money” effort, Senner emphasized that small donations can have a large impact.

The foundation also supports itself through public ticket sales for its biennial OPUS and annual ARTini galas.

All of the member agencies and groups that receive grants need volunteers throughout the year.

For information about how you can volunteer, call Allied Arts at 278-8944 or visit its website at alliedartsokc.com.