by Ben Luschen and Greg Elwell 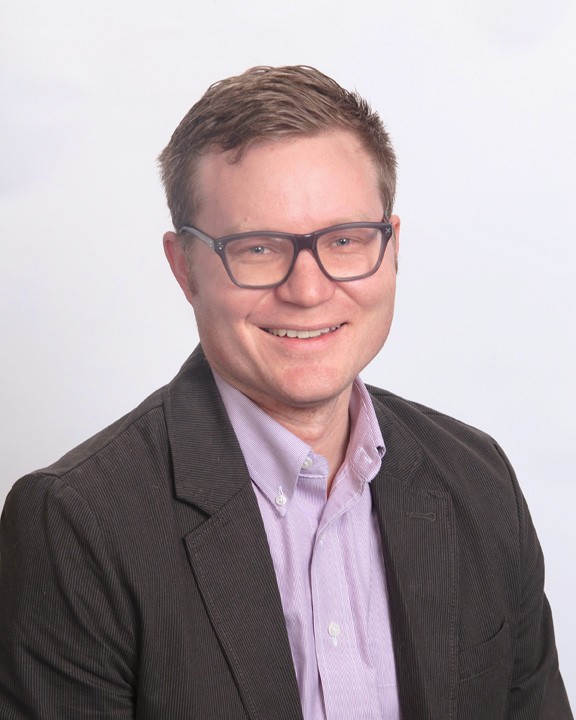 For many people, the holiday season is a time for cheer and feasting alongside family members and loved ones.

For others, however, that’s not the case. Some live far away from their families or are alone.

Others might just wish they lived far away from that borderline racist uncle or bratty cousin with whom they’re forced to share an annual meal.

Luckily, there are alternatives to the traditional family Thanksgiving.

This year, many people will instead choose to celebrate “Friendsgiving,” a gathering of amigos, buddies, chums and/or comrades in observance of possibly the greatest gift of all: companionship.

It was the Tuesday before Thanksgiving in Josh Hutton’s sophomore year at the University of Central Oklahoma.

He and several other friends finished their classes for the day and were heading into Thanksgiving break.

No one wanted to go home just yet (they’d spend plenty of time with their families later in the week) so Hutton, who now lives in Guthrie, and a small group of college buddies strolled to a nearby Wal-Mart Neighborhood Market to stock up on weird holiday beers and whatever food sounded appealing at the moment.

Their first Beersgiving was a spontaneous event.

“It was not the trappings of a regular Thanksgiving,” Hutton said. “There was some really horrible fried chicken. Fish tacos entered the mix. Just whatever people could make or microwave really quickly was what became the staple of that first meal.”

Everyone ended up in the kitchen. They raised their drinks and toasted to friendships and whatever successes they had found that year.

Five years later, the toast is an annual tradition.

“Not to say that I don’t enjoy my family Thanksgiving, but there’s always the weirdness of trying to catch up with uncles, aunts and cousins you haven’t seen,” he said. “You’re almost afraid of what part of your life you can even talk about with those people.”

The yearly observances give Hutton time to pause, imbibe and appreciate life’s comforts.

“I think there’s something that makes you feel alive when you do events like that,” he said. “As we live in this very digital space where we’re everywhere at once all the time, [it feels good] to pull yourself into more of an intimate event with people you really care about and say, ‘This is going to be sentimental. We’re going to build each other up; we’re going to have a good time.’”

The first is a general sense of being overwhelmed.

“They miss out on the good things about the holidays because they get so caught up in the hustle and bustle,” he said.

Bryant has worked 10 years in mental health and has practiced privately for nearly three years.

The holidays should be relaxing, but there can be a lot of work associated with celebrating. He said massive holiday to-do lists can amplify pre-existing tensions.

The second most common stressor Bryant’s clients share is the painful reminder of a deceased relative or loved one whom they will miss during the season’s gatherings.

Others might have strained relationships with certain family members and choose to avoid potential conflict.

“I work with some people who just prefer not to be around families during the holidays,” he said. “They stay at home by themselves.”

Bryant said developing a Friendsgiving tradition is a great alternative for people who want to celebrate the holiday on their own terms.

Sometimes, family lives far away and someone might have to choose between visiting for Thanksgiving or Christmas, if they are able to visit at all.

To fend off feelings of loneliness, Bryant recommends getting out into the community.

Additionally, he suggested volunteering as a way to boost lonely spirits over the holidays.

“One of the best ways to help ourselves when we’re not feeling the greatest is to help other people,” he said.

It is best to not keep score during the holiday season or compare one person’s experiences to another, Bryant said. Instead, focus on being thankful for the things that bring joy in everyday life.

“We can kind of choose our own family as we get older,” Bryant said. “Maybe your family of origin aren’t the most positive or supportive people to be around, but maybe you can find some other friends or co-workers and create a sense of family elsewhere.”

Paseo Grill’s curtained tables and back room offer parties of all sizes a place to find a little privacy. (Gazette / file)

Friendsgiving shouldn’t be a lot of work. There shouldn’t be so much cooking and cleaning before everyone arrives that it becomes difficult to enjoy the meal and the company. That’s just not what Friendsgiving is about.

Broadway 10 Bar & Chophouse co-owner Aaron Soward said he loves hosting at his home, though there can be drawbacks.

“I love cooking. We do it at my house every year,” Soward said. “And I love that my family can be relaxed and enjoy it.”

What he doesn’t love is he and his wife being relegated to the kitchen before and after the meal while everyone else enjoys quality time. The same is true for Friendsgiving parties, but staff at Broadway 10 Bar & Chophouse, 1101 N. Broadway Ave., help make holiday gatherings easier for everyone by putting together group meals they can serve to people on the go.

“It’s something we could even deliver,” Soward said.

Customers can put the responsibility of making sure everything is cooked correctly and tastes great on the capable shoulders of his kitchen staff.

“You’re getting a product that is failproof. It takes all the doubt out of it,” Soward said.

The Midtown District Italian restaurant, 1201 N. Walker Ave., is a favorite for Friendsgiving groups, Aust said, because the chefs are so eager to work with customers.

“Depending on the size of the party, we can do a limited menu, where people can choose from four entrees, soup or salad and two desserts, or we can have a buffet-style service,” she said.

Stella’s largest room can hold about 50 while the second-largest can serve up to 28, she said. Of course, dinner parties don’t have to be huge to be fun. Inside Paseo Grill, 2909 Paseo Drive, there are options for private and semiprivate spaces, said co-owner Lesley Rawlinson. It also runs The Reserve, a full-service dining room across the street from the restaurant for groups of up to 50 guests.

For smaller parties, there are easily curtained-off areas to keep dinner feeling more intimate. Small groups get access to the full menu, while Rawlinson suggests a pre-set menu for bigger gatherings.

“The execution is a little easier that way,” Rawlinson said. “It takes a little more thinking out of it.”

Friendsgiving celebrations often follow the traditional Thanksgiving menu with turkey, ham and green bean casserole, but why limit a dinner party to one type of cuisine?

One of the city’s most interesting private dining spaces is the giant round table at Sushi Neko, 4318 N. Western Ave. Guests remove their shoes and sit on mats before sharing plates of sashimi and maki rolls.

Few places in the metro can match James E. McNellie’s Public House, 1100 Classen Drive, for beer selection and space. The three-story restaurant serves Irish pub fare in a laid-back environment that is equally friendly to the wallet and taste buds.

Wherever they choose to go, Aaron Soward said the best treat for hosts who take their celebrations to a restaurant isn’t the gourmet food or selection of cocktails. It’s that they don’t have to clean up when the party is over.

“Nobody likes being stuck cleaning up,” he said.

Sometimes, home isn’t the best place for a dinner party. Whether due to a lack of space, time or culinary acumen, many prefer to host their gatherings at restaurants, where they can mingle with friends while chefs and servers handle the details. Here are a few suggestions:

Bruner’s at The Haunted House