Venezuela is not Mexico.

That might seem obvious to most, but for Einar Perdomo, who co-owns Amazonia Latin Flavor in Moore, the fight is ongoing. The menu is a battleground for a war that continues six days a week.

The distance between you and Amazonia, 825 NW 12th St., is variable because you move around a lot. But it’s worth it to cover that distance if you’d like to get a taste for Venezuelan cuisine.

“Mexican food is very spicy, very hot,” Perdomo said. “They use many chiles to prepare the food. Venezuelan food is sweeter. I think there’s more flavor to it.” 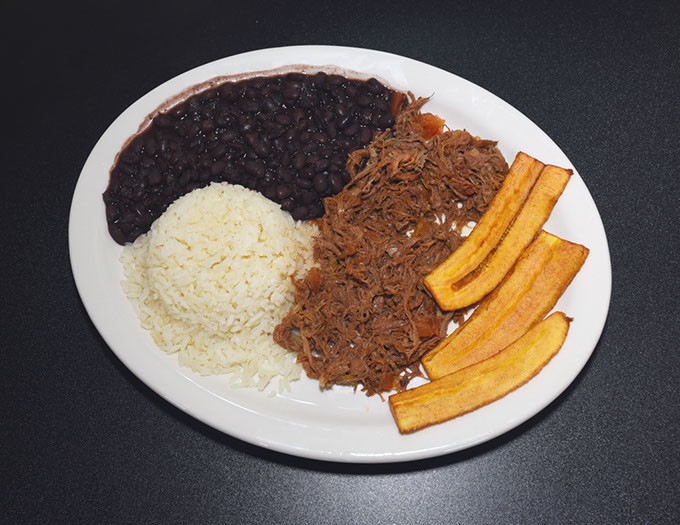 Which is why, though they take longer to prepare, he recommends the domino empanadas ($5.99), which stuff pabellón inside a crispy fried shell.

Still, he tries to make accommodations to suit the pace of American diners.

“For example, arepas are not  fried. It’s traditionally a grilled dish,” he said. “But it takes 50 minutes to prepare, so we changed the menu to fry it, and people like it.”

Arepas are flatbread sandwiches filled with beef, chicken, avocados, slow-cooked pork or cheese. Perdomo said it’s similar to a gordita or a pupusa. Getting the right flavor for the dish requires a lot of marinating and cooking time.

“Fajitas, they can cook it as soon as you order,” he said. “This takes more time.”

But that’s the culture in Venezuela, where diners spend a couple of hours at a restaurant to enjoy each other’s company, the surroundings and the food.

One dish Perdomo’s fellow ex-pats crave most is cachapa ($8.99), a maize-dough pancake filled with your choice of cheeses or meats. Perdomo suggests trying it with hand cheese, a light, fresh cheese that’s like a less-salty mozzarella. 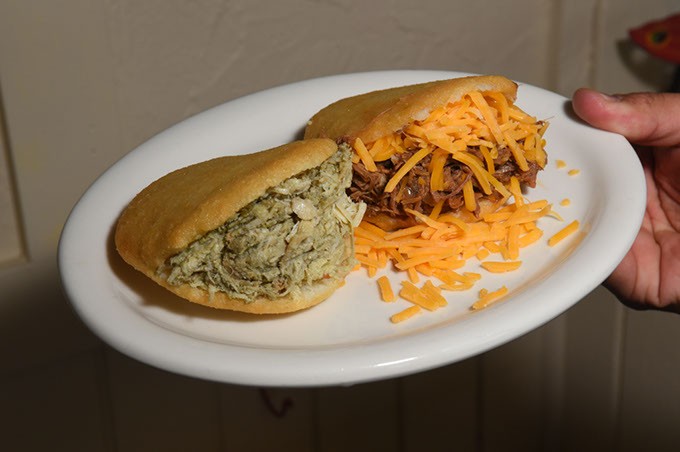 Always trust the owner, especially when exploring a new cuisine.

Though he worked in restaurants in Venezuela, Perdomo’s main job was as an accountant. But when he came to Oklahoma, he realized its growth industry was food.

“People here love to eat,” he said. “And I think our food is very good. It’s just a matter of getting people in to try it.”

Some will always choose Mexican dishes, which is why enchiladas, tacos and burritos will stay on the menu. But for those eager to find a new favorite, there are plenty of choices.

It’s not just a meal at Amazonia, either. Perdomo said he wants people to connect with his country, to understand its cuisine and enjoy themselves. He wants customers to see that lunch can be sweet and savory, that a brown sugar glazed carne asada — asada negro on the menu — can be an intoxicating treat.

And if diners want more intoxication and more fun, Amazonia is bringing in a selection of beers — though none can come from Venezuela, due to the importation process — and hosting karaoke nights and live bands.

Mexican and Venezuelan cuisines might have a few things in common, but Perdomo hopes more people make the trek to Moore to explore and enjoy the differences. It’s easier than flying thousands of miles to the real Venezuela.