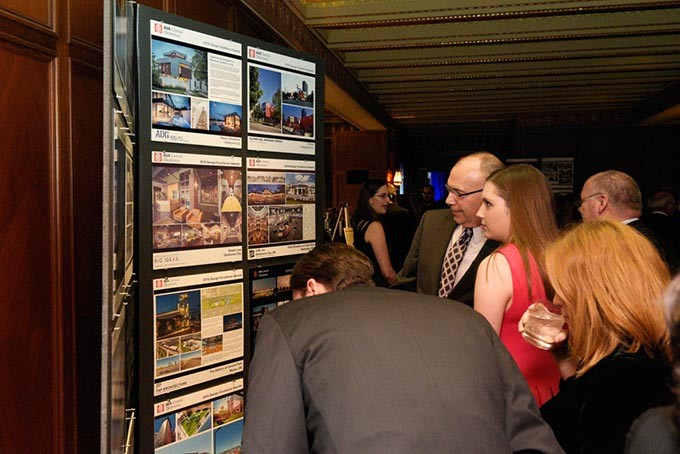 Selecting Oklahoma’s best new architecture wasn’t as straightforward as it might sound.

“It was not a quiet affair,” Gerou said during the Nov. 4 awards banquet at Skirvin Hilton Oklahoma City.

Unlike other juries she has served on, Central Oklahoma’s chapter empaneled architects in different stages of their careers. Gerou is an AIA College of Fellows member, an honor bestowed upon architects who make significant contributions to the profession. Daniel Craig of Shears Adkins Rockmore is an established architect and Jenna Michieli of Anderson Mason Dale Architects is just beginning her career, Gerou said.

The mix made for a more dynamic jury and some lively debate, she said.

“Plus, it’s nice to get young architects involved in judging awards early,” she said.

Though many chapters prefer juries comprised of FAIA fellows, Hunt said other cities have also moved to mixed jury models.

“Some aspects of the designs speak to you personally, and those are the ones you root for,” she said.

Awards were given for commercial, residential and interior architecture; historic preservation and adaptive reuse; and sustainable design.

Rand Elliott, whose Elliott + Associates Architects received an Architecture Honor Award for its work on CHK | Central Boathouse in the Boathouse District and a Citation Award for Chesapeake Car Park Three, thanked his friend Aubrey McClendon, Chesapeake Energy cofounder and former CEO, for his contributions to Oklahoma City.

“I’d like to share a sentiment that I think everybody in this room would share with us, and that is we appreciate Aubrey McClendon and everything he did in this community,” Elliott said.

McClendon died in a single-vehicle crash in March. Elliott designed all of the buildings on Chesapeake Energy Corporation’s Oklahoma City campus.

The 2016 Design Excellence Awards jury awarded more prizes this year than in previous years, Hunt said. Usually, about 20 percent of applicants win awards, but the judges felt there were more designs that deserved recognition.

“They decided that eliminating some of the winners would be based only on numbers,” Hunt said. “Good design should be celebrated.”

Gerou said she was impressed by the quality and quantity of projects that showed “a level of competition, economic viability and creativity” and should be envied.

“Clearly, quality design is being produced here in Oklahoma. This year’s submissions were quite good and required careful thought as to the projects that should be recognized,” Gerou said. “You should all feel good about the architecture being created here.” 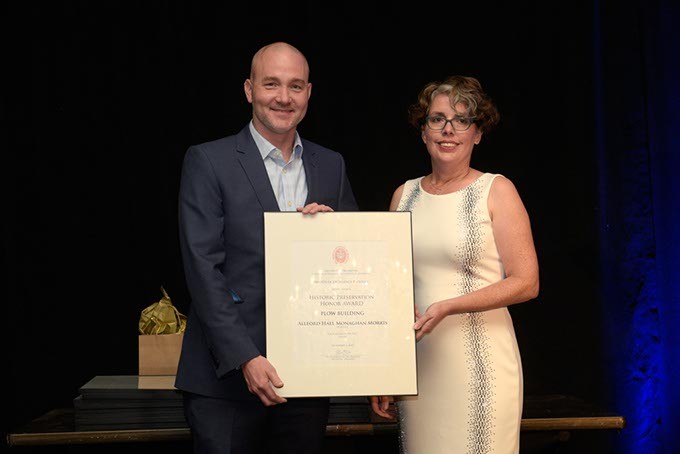 The Master Planning Honor Award went to Common Works Architects for its work on Wheeler Park.

Allford Hall Monaghan Morris won an Honor Award for its work preserving and updating The Plow building in Bricktown. The jury said the work done on the 107-year-old building showed a “thoughtful contrast between the heavy timber frame” and lighter modern elements.

“Both the new and the old are elevated due to the appearance of the other,” Gerou said.

ADG earned a Residential Architecture Honor Award and People’s Choice Award for its work on the Mason Residence in Midtown.

Hunt said her biggest surprise of the night was that 21c Museum Hotel, located along downtown Oklahoma City’s west end in Film Row, did not win a juried award.

Hornbeek Blatt Architects did win an Historic Preservation People’s Choice Award for the hotel. More than 4,500 people voted in the competition.