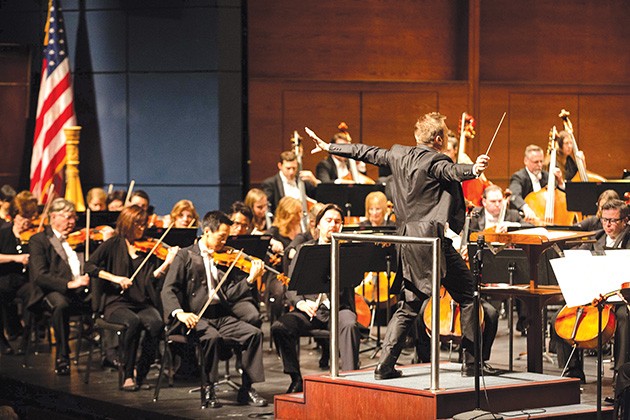 Minimalism in a New World

What do composers Frank Zappa, Philip Glass and Antonín Dvořák have in common?

“First of all, I really love all of them,” said Oklahoma City Philharmonic musical director and conductor Alexander Mickelthwate. “I wanted to do some Zappa in this season and tried to figure out what to combine it with.”

The common thread linking Dvořák to Zappa and Glass begins in 1892, when Czech composer Dvořák traveled from Prague to New York City to head National Conservatory of Music of America. Instead of instructing his students to copy the European masters, Dvořák advised them to seek inspiration from American musical traditions. African American folk music, Dvořák told New York Herald, “must be the real foundation of any serious and original school of composition to be developed in the United States.”

At the conservatory, Dvořák chose Harry Burleigh, an African American student, as his assistant, and the traditional plantation songs and spirituals Dvořák learned from him had a noticeable influence on the famous Symphony No. 9 (From the New World). Another of Dvořák’s students, African American violinist and composer Will Marion Cook, went on to teach legendary jazz composer and bandleader Duke Ellington.

“[Dvořák] taught to not imitate the European composers,” Mickelthwate said. “He really was quite advanced. He had African American students, and he encouraged looking into American Indian culture to really find what is coming from the people in America and then use that. And that was a huge thing in general and put America on this trajectory that they really created their own language. [George] Gershwin, [Leonard] Bernstein — there are so many composers that really are independent … and very different from the Europeans composing at the same time.”

"It will be really exciting, actually, for me to adapt my style to all those different scores."
—Alexander Mickelthwate tweet this

Dvořák composed “Symphony No. 8 in G major, op. 88,” which closes the program, in 1889 before his trip to the New World. Writing for the Viennese newspaper Neue Freie Presse in 1891, critic Eduard Hanslick called the work “one of Dvořák’s best.”

“Dvořák is a serious artist who has learned much but, despite his knowledge, he has not sacrificed spontaneity and freshness,” Hanslick wrote. “His works give voice to a singular individual, who emanates a refreshing breath of innovation and originality.”

Mickelthwate said that spirit of innovation and originality, which Dvořák carried with him to the U.S., can also be heard in the works of the other composers included on the concert program.

Glass, born in Baltimore in 1937, is — along with Steve Reich, Terry Riley and La Monte Young — a pioneer of American minimalism. After studying composition at Juilliard School of Music in New York City, Glass traveled to Paris to study under influential instructor Nadia Boulanger and met Indian sitarist Ravi Shankar, whose work inspired Glass to experiment with repetition and syncopation.

“One pattern is repeated over and over again and then changed slightly and morphs very slow into something new, so one has to be quite steady and let the music speak for itself,” Mickelthwate said. “Dvořák is really the opposite almost  — very free, very romantic, and it’s like storytelling in the moment. By changing the tempi, I have much, much more freedom to bring my own view, my own take onto the music. I can give my own feelings.”

The Glass concerto features guest violinist Jennifer Koh, who played the title role in the revival of Glass’s opera Einstein on the Beach. The four-and-a-half-hour opera required her to spend an estimated hour in makeup to get into character and another hour onstage as a soloist. Mickelthwate called Koh the “most important Philip Glass interpreter at the moment.” Robert Wilson, who co-wrote Einstein on the Beach with Glass, seems to agree.

“Jennifer has a very deep and interior sense of music,” Wilson told Los Angeles Times in 2013. “I’ve never heard Phil’s music this way. She can do Bach and Philip Glass.”

“She’s an extremely emotional player, like really emotional, what you would usually associate with Tchaikovsky or something,” Mickelthwate said. “It’s really awesome to have Philip Glass’ work performed really emotionally. That’s the special thing about her.” 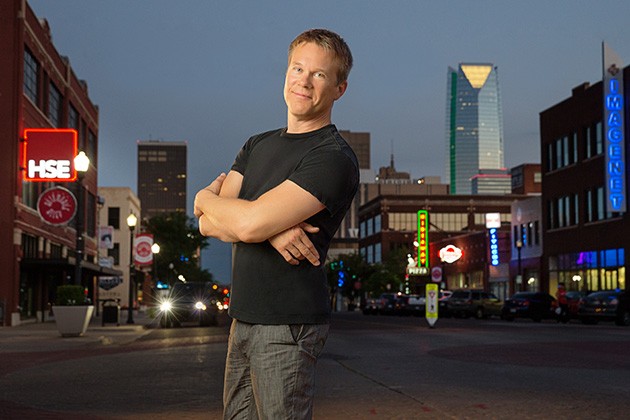 A singular figure in rock and avant-garde classical music, Zappa originally composed “The Dog Breath Variations,” which opens the concert, as part of the soundtrack for his “completely nutty” and unmade science fiction film Uncle Meat, Mickelthwate said. The genre-spanning soundtrack was released in 1969, and a making-of documentary with the same title was released in 1987. Mickelthwate credits Zappa, born in Baltimore in 1940, with “exploding the genre” of classical music by maintaining its compositional rigor while incorporating elements of improvisational jazz, blues and rock ’n’ roll.

“Zappa is really interesting,” Mickelthwate said. “It sounds as if somebody would improvise certain stretches, and then it comes together again, but it’s all written out. So it’s this mix between jazz and rock ’n’ roll and freeform a little and really fun.”

“It’s also important to let the music speak for itself and bring that feel of the ’60s out,” Mickelthwate said. “It will be really exciting, actually, for me to adapt my style to all those different scores.”

Whether listeners are so willing and able to adapt to the program’s widely varying styles is still uncertain. Though Mickelthwate personally loves Zappa, Glass and Dvořák, he is not sure exactly who will be interested in a concert bill featuring works by all three.

“I have no idea yet,” Mickelthwate said. “That will be a surprise. … It might be a crazy mix of audience.”