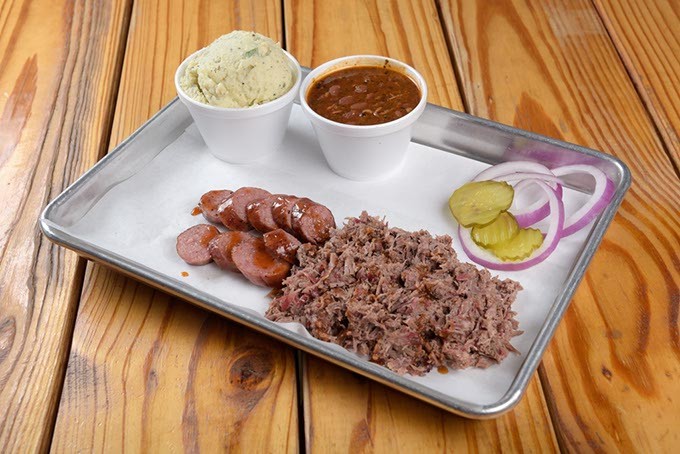 Housed in an unassuming strip mall alongside Subway and Farmers Insurance, Edmond’s Texlahoma Barbecue quietly dedicates itself to the serious business of smoked meat.

Scrawled on the chalkboard above the counter in a casual yet easily decipherable hand, the menu boasts a selection of meats that can be ordered by the pound or paired with two sides in a dinner plate. (Dinners range from $10.25 to $12.25, while the sides can be had à la carte for $2.50 each.) There is also a small selection of sandwiches, a two-item kids menu, a couple of dessert options and a choice of bottled beer or soft drinks.

All in all, it’s a fairly austere affair, but the limited focus allows Texlahoma, which opened just over a year ago, to execute each item with a level of care and precision that’s intensely satisfying. The portions are generous but not overwhelming — a good value for the price, considering the consistently high quality.

The jewel in the crown of Texas barbecue, beef brisket is one of Texlahoma’s signature dishes. Lucky Peach’s handy Guide to Regional BBQ of the USA notes that slow-smoked brisket “is thought to have originated among the German immigrants who came to Texas in the early 19th century for work on ranches and in butcher shops.”

On the night I visited, only the chopped variety was available, but it allowed me to sample the appealing range of lean and lush textures that distinguish the cut. The smoking process clarifies and intensifies the distinct, richly savory flavor of beef fat. A bit underseasoned on its own, the chopped brisket paired incredibly well with the restaurant’s house spicy sauce, which strikes an ideal balance between not too sweet and not too hot.

The two-meat platter ($12.25) comes on a metal tray lined with crisp white paper and is accompanied by sliced red onions, pickles and white bread. The sausage, while not especially distinguished, exhibited the requisite combination of salt and snap. The excellent beans were saucy and savory-sweet with a powerful aroma of cumin and a rich depth of flavor that recalled a molasses-laced chili. A neat dome of fairly standard potato salad — chilled, smashed potatoes infused with mustard and dill — came in a white Styrofoam cup. 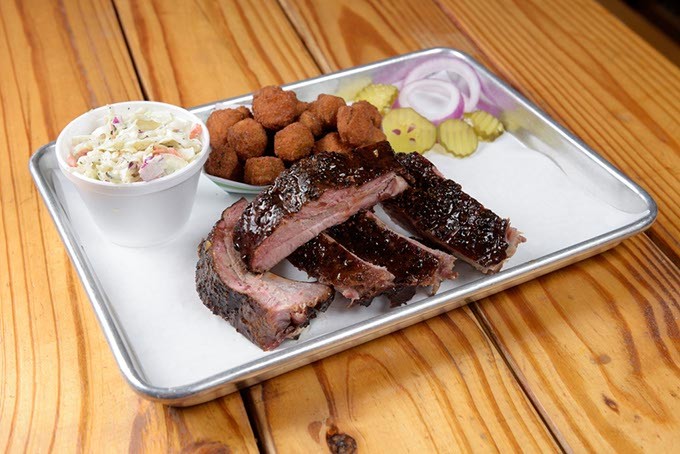 Texlahoma’s ribs ($11.25) were a revelation: dark and crisp on the outside with a sweet, black pepper-flecked crust. Laying a cross-section of rib on its side revealed a dark crimson smoke ring around the outside edge, a visual corollary to its robust, multi-layered flavors.  The meat was firm but separated easily from the bone. It was rich without feeling greasy or heavy, and every bite was permeated with fragrant smoke.

The ribs paired well with the crisp, fresh-tasting coleslaw slicked with a light, tangy mayonnaise sauce — a nice rendition of a traditional barbecue favorite. While the sides were uniformly well executed, the fried okra was a standout — hot and crispy, but not oily, the cornmeal coating was augmented with a hint of spice and just the right amount of salt.

On the way out, I decided to order a dessert to take home. That evening, they had brownies and a few slices of chocolate Bundt cake. I asked the gentlemen at the counter for a recommendation; with absolute confidence and nearly in unison, they both chose the cake ($4). It had a moist, delicate crumb and an intense chocolate flavor. It was topped with the kind of rich cocoa and powdered sugar icing that forms a light, crackly crust while remaining creamy underneath and was decorated with delicate milk and white chocolate curls.

At Texlahoma Barbecue, the brisk yet friendly service and the sparse décor of the dining room echo the uncluttered economy of the menu.  There’s a big-screen television on one wall and a couple of neon Budweiser signs on the other. Requests for mild or spicy sauce and other condiments are fielded from a small take-out window.

On the weekday night I visited, the restaurant was quiet. The TV was on mute and a mix of blues and old Christmas songs played in the background. There was only a handful of other diners; some chatted softly, but for the most part, they focused intently on their food. That was fine with me. Texlahoma’s the kind of low-key, refreshingly untrendy place in which you instinctively want to keep to yourself. Maybe you’ll bring one or two friends along, or guests from out of town. You’ll proudly point out the smoke ring on the ribs and recommend the okra. Soon, your friends will bring their own friends and out-of-town guests, and eventually, everyone will know about the ribs, the beans, the okra and the cake.

And that’s how it should be. 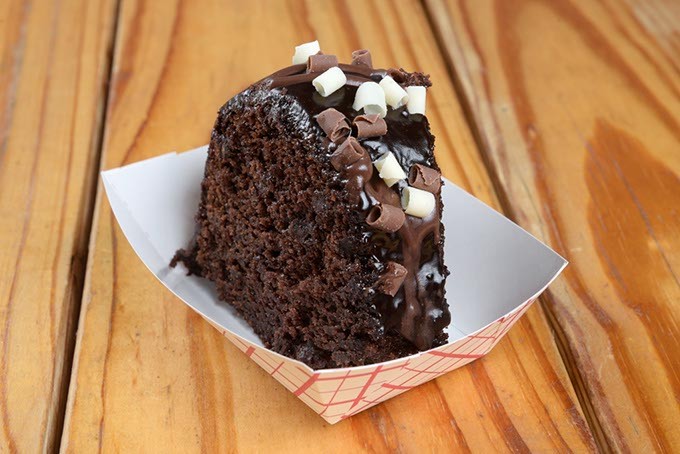 What works: The smoky ribs and the fried okra are absolute standouts.

What needs work: The sausage and the potato salad are good but not great.

Tip: Ask for recommendations and the perfectly balanced spicy sauce.