A few years ago, a 16-year-old ninth-grader on the fringes of dropping out of high school walked into Telannia Norfar’s math classroom in Northwest Classen High School, an urban high school in Oklahoma City. Missing from the classroom was the school’s laptop cart, which the student was expecting to see after Norfar earlier shared her plans to reserve it for classroom use in a long-term project. Working in teams, students were tasked with redesigning their school’s cafeteria, from its menu to its layout. The winning team’s proposal would be presented to the principal for consideration in a cafeteria redesign.

Instantly, Norfar saw the student’s demeanor change. Seeing the anger on the student’s face, she pulled the student aside and asked what was wrong. The student said, “The only reason I came to school today was to work on that project.”

In that moment, Norfar made a promise to herself to become an advocate for the teaching method called project-based learning, to which she was first introduced as a teacher at ASTEC Charter Schools in 2005.

“It showed me how impactful this was to the least of my students,” Norfar said using the word “least” from the phrase “least among us” that describes those in a variety of needy situations. “To reach a kid who normally wouldn’t be reached, that’s what education is all about. It is about reaching everybody. For students, it really does connect them. It can inspire them.” 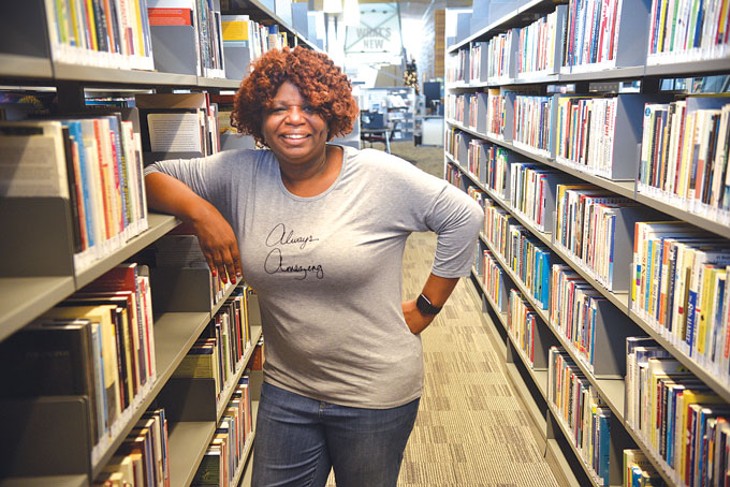 Over the last year, Norfar has served as one of 90 educators working to develop the High Quality Project Based Learning framework, a national document designed as a tool for teachers, schools and districts committing to PBL, as it is often called in education circles. The teaching style flourished in recent years with proponents arguing that it encourages deep learning in students and prepares them for work in the 21st century. Opponents to PBL, who favor direct instruction, question whether it is truly effective in teaching students and building content knowledge.

There is no universal description of PBL or a national guide to help administrators, teachers, schools and districts in adopting and implementing it, so California’s Buck Institute of Education convened national and international educators to answer questions with support from Project Management Institute Educational Foundation and the William and Flora Hewlett Foundation. The framework is due out in March.

Buck Institute of Education describes PBL as “a teaching method in which students gain knowledge and skills by working for an extended period of time to investigate and respond to an authentic, engaging and complex question, problem or challenge.”

Norfar, who is also a Buck Institute for Education National Faculty member, described PBL as an effective way to connect what students are learning to the real world, thus preparing them for the workforce and solving problems.

“Project-based learning brings the elements of the workforce into learning,” said Norfar, the only Oklahoma educator contributing to the framework. “Students immediately understand why something is important, and they are challenged to try to understand something or solve a problem that doesn’t have a readily available answer.”

Her own description is not far from PBL inventor John Dewey. The educational theorist called the approach “learning by doing.”

In Norfar’s Northwest Classen classroom, students are challenged to answer the questions, How you choose the best cell phone plan? How do you redesign popcorn containers to hold fewer popcorn kernels but resemble the same size? How do you construct a home? Students are solving for X, but most often, the students don’t really seem to notice the algebraic equations buried in their research and discussions on real-life scenarios, Norfar said.

It’s a far shift from traditional learning, in which a teacher provides direct instruction while students listen, take notes and are later tested.

“I think that is the element we’ve gotten away from in education,” Norfar said when describing how she uses PBL to teach practical applications of algebra. “We are preparing students for the world they are going in. … It is about being able to do life and do life well and comfortably. So many times, we get wrapped up in only school and forget what we can do in the real world.”

A former journalist with a background in finance, Norfar entered the profession fueled by of her desire to work with preteens and teens. During teacher orientation, a video on PBL introduced the style as “learning by doing.” It demonstrated a classroom environment that mirrored Norfar’s workforce experience. She sought out more information on PBL but struggled to find resources.

“I called it the school of hard knocks,” Norfar said. “I kept trying and tinkering, finding resources along the way. It was during my second year of teaching that I found out how transformational it was for my students. I had students enjoy learning. I remember parents filled my classroom for open house. They said they loved the fact that their students were loving math again.”

PBL requires hours of prep work by teachers, Norfar explained. It is a shift from traditional teacher-centered instruction, but Norfar encourages teachers to adapt at least one of the framework’s criteria into their instruction. She emphasized that even asking students to reflect on their work can be key for students in grasping why, what and how they learned.

“I think that is one of the reasons why I am such a proponent of it,” Norfar said. “It forces you to do the right thing for all kids.”