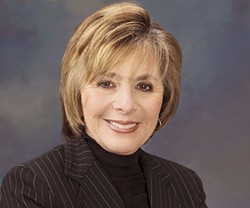 Research supports that elected women — regardless of party affiliation — make the most effective lawmakers, from their abilities to reach across party lines and form coalitions to successfully ushering bills through the legislative process.

In 2010, when Sara Jane Rose founded Sally’s List as a nonprofit organization dedicated to recruiting, training and helping elect progressive women to public office, she cited such research and studies to not only build credibility in states in which males dominated the state legislature but also raise initial capital.

“I barely say ‘studies show’ anymore,” said Rose, the founder and interim executive director, in an Oklahoma Gazette interview. “Now, I say, ‘Look what we’ve done, and we will do more.’”

While the organization’s leaders and past candidates celebrate their momentous progress, their own experiences campaigning and entering public office shine a light on a major problem for women in Oklahoma politics. Despite making some gains over the past few decades, women are still significantly under-represented in state government. Only 14 percent of state legislators are female, and Oklahoma has elected only three women to the U.S. House of Representatives.

On the front lines of the battle to increase women’s representation in government, Sally’s List leaders say the work is far from over. Next month, the organization welcomes former U.S. Sen. Barbara Boxer, a 33-year career progressive serving California on Capitol Hill, to its annual luncheon. Boxer, like so many Sally’s List candidates, first campaigned when voters didn’t see women in public office.

“We now have 20 women in the [U.S.] Senate,” Boxer told a Fresno, California, luncheon crowd in 2016, her final year in office, according to KFSN-TV. “Yeah, that’s great. When I started, there were two.”

A stockbroker and newspaper journalist by trade, Boxer was defeated in her first race for public office, to serve as a Marin County supervisor in 1972. She later won that seat in a 1976 election and served the county until 1982, when she ran for the U.S. House of Representatives, representing a portion of northern California.

“She was one of so few women on the hill,” Rose said. “I think her beginning [in public office] is what our women are experiencing now. When she came into the U.S. House in 1983, the male presence had to be overwhelming. Here, we have 13.9 percent female representation at the state Legislature.”

Boxer, who went on to become one of California’s two U.S. Senators before retiring in 2016, is best known for leading a group of congresswomen in supporting University of Oklahoma law professor Anita Hill, who had accused U.S. Supreme Court nominee Clarence Thomas of sexual harassment. During her time in both the House and Senate, Boxer focused on issues that ranged from the environment and roads to AIDS and abortion rights.

Following the 2016 election, women across the United States began pursuing paths toward running for public office. Like other organizations, Sally’s List received contacts from a record number of women seeking assistance. For the 2018 election, the organization’s feature candidates include four candidates seeking House seats, two running for Senate, one vying for Oklahoma County Commissioner and another challenging U.S. Rep. Steve Russell for a congressional seat.

“These are strong women, but more than anything, passionate about serving,” Rose said. “The passion is what helps them run a campaign.”

Women candidates typically have a more difficult path to elected office than their male counterparts, which is why Sally’s List works one-on-one with its feature candidates. Training includes various aspect of campaigning, like interacting with constituents, discussing current issues and fundraising, said Alyssa Fisher, programs manager.

“With Oklahoma’s voter turnout so low, every touch these candidates have with constituents is another opportunity to earn the vote,” Fisher said.  “So many people are tired of the way things are, and they are ready to see some change.”

Women seeking to run for office in 2020 and 2022 in both rural and urban races have already reached out to Sally’s List.

“It is a movement that will continue,” Rose said. “I see no reason we wouldn’t see an increase in the number of women who want to run. We are nothing if not persistent.”