JB's Analog is a treasure trove of vintage electronics. 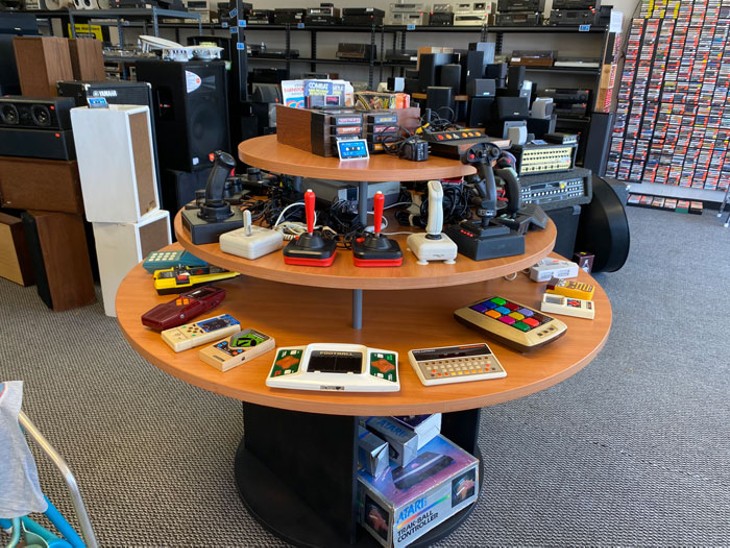 John Lewis had always loved vintage audiovisual equipment and analog music formats. Five years ago, he finally gave in to his desire and bought a Pioneer 707 reel-to-reel tape player from Charlie’s Records in the Donnay Building on Classen Circle. He was hooked.

Soon he was collecting all types of equipment and music from the ’80s and ’90s that started to pile up in his northwest Oklahoma City home. In an effort to offload some of it, Lewis opened a booth at a local flea market.

As his obsession grew, even 14 booths would not contain his swelling inventory and he had built a strong reputation and following. He considered that perhaps it could be a full-time business rather than just a weekend passion project.

Lewis is still a public insurance adjuster, but due to demand for his products and because he finds it fun, JB’s Analog was born; the store at NW 50th Street and N. MacArthur Boulevard opened for business in early July.

JB’s is a treasure trove of vintage electronics, books, magazines and cassette tapes, along with some furniture and home décor items.

But the main draw is the shelves lined with vintage receivers from Marantz, Pioneer, Harmon Kardon and many others as well as stacks of old-school speaker systems, turntables and cassette decks. For those old enough to remember, it’s like walking into a 1980s Soundtrak, albeit without Linda.

Lewis said that while he gets lots of customers who remember growing up staring at a glowing receiver while reading liner notes on LP covers, there are also a healthy number of millennials drawn by the vintage charm — or perhaps memories of growing up with their parents’ system they were never allowed to touch. The movie Risky Business spawned an entire generation that not only wanted to joyride in dad’s Porsche 928, but also couldn’t wait to crank up the forbidden mega stereo system.

In the earlier days of collecting, Lewis and his keen eye would comb through thrift stores and garage sales, and then he learned to fix and spruce up many electronic treasures. Now, the equipment mainly finds him, with people from all over Oklahoma bringing him items, resulting in plenty of gems on his newly opened showroom floor. 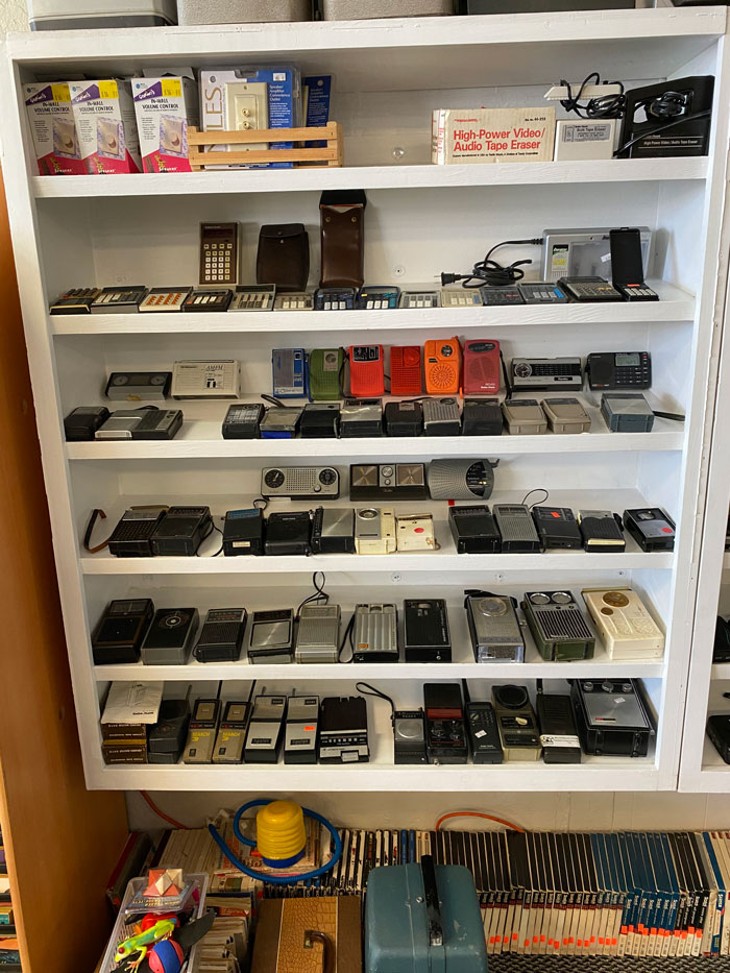