Some might have viewed Shadid as vulnerable following his unsuccessful run at mayor last year. Mayor Mick Cornett won reelection by a wide margin, even winning most precincts in Shadid’s ward. 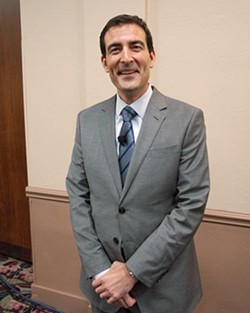 Two incumbents — who have opposing tones and takes on city policy — won reelection to the Oklahoma City Council last week, offering competing mandates as the city enters a crucial stretch.

Ed Shadid won a second term as the Ward 2 representative, while Meg Salyer was reelected in Ward 6. Both wards are home to diverse inner-city communities and some of the city’s most popular urban neighborhoods.

If Shadid is a harsh critic of city hall’s current process — which is what his opponents attempted to paint him as — Salyer is a city cheerleader and a proponent of its trajectory.

If the two aren’t polar opposites, they at least offer differing views of the city.

“More than anything, I think [Shadid and Salyer’s reelection] highlights the power of incumbency,” said Joe Hartman, a partner with Skyfire Media, an Oklahoma City-based political consulting firm. “I think both Meg and Ed are very well-respected in their circles and they were able to put forth very well-focused campaigns. Each showed their opposite directions are what their individual wards are OK with.”

Ward 8 also featured a contested council race as Mark Stonecipher won an open seat with 60 percent, the night’s highest percentage total. However, Shadid was the largest vote-getter in all races with over 2,500 cast in his name.

“I think it’s a validation that the voters in Ward 2 appreciate the questions; they appreciate the independent voice,” said Shadid, who had been labeled by opponents as a harsh critic of the way the city has spurred economic growth through tax incentives and lavish projects. “There is nothing divisive about asking tough questions. In fact, it’s an act of love for the city.” 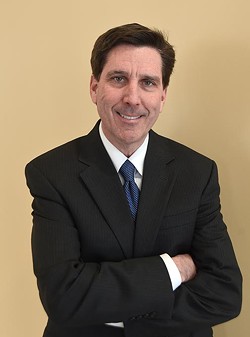 Some might have viewed Shadid as vulnerable following his unsuccessful run at mayor last year. Mayor Mick Cornett won reelection by a wide margin, even winning most precincts in Shadid’s ward.

But last week’s victory against three challengers showed Shadid continues to have a strong base that has grown larger in recent years. This year’s Ward 2 election turnout was similar to the 2011 race when Shadid received 1,471 votes before ultimately winning in a runoff. Shadid improved his vote total by more than 1,000 this time around.

“In my view, many of the same voters that turned out [in 2011] and didn’t support Ed supported Ed this time,” Hartman said.

Salyer’s victory, while not as large as Stonecipher’s or Shadid’s, was also a solid win against two challengers.

“I think, given that we won without a runoff, [voters] like the direction we are headed in,” Salyer said. “But clearly, as we analyze the votes, there are different opinions.”

Bob Waldrop managed to grab 40 percent of the vote total despite working with a war chest less than 5 percent of Salyer’s.

A precinct map of Ward 6, which includes downtown and Capitol Hill, shows that Waldrop’s support covered more ground. He won most precincts south of the Oklahoma River and in the working-class neighborhoods west of downtown.

Salyer’s voter base was in the upper-class neighborhoods of Mesta Park and Heritage Hills, which proved to be all she needed.

The new council terms — including Ward 5’s David Greenwell, who won reelection without an opponent — come at a time when the city is facing a long list of important issues. Preparation on a 2017 general obligation bond will begin soon, the city is considering a new tax increment financing district downtown and it was announced last week that a new site is needed for the MAPS 3 convention center.

Tax incentives and MAPS projects have been topics of division for Shadid and Salyer in the past, and both could feel vindicated in their stance following reelection victories.

“[Salyer’s] ward encompasses a lot of the work that MAPS has done, and I think it has pleased her voters,” Hartman said. “But Ed has done a lot of good work in his ward and tapped into a group that has concerns. He was also one of the vocal opponents over the drilling [at Lake Hefner] last year.”

Print headline: That’s a wrap, Amid poor voter turnout, two incumbents with differing views win reelection. But what does it mean for OKC?