The difference between The Difference Between Me & You and the albums Black Joe Lewis & The Honeybears released prior to it, in Lewis’ opinion, is clarity of purpose.

“It actually has a more cohesive thing to it, you know what I’m saying?” Lewis said of his band’s 2018 self-released album. “All the songs fit together and stuff, whereas some of the other ones, I was kind of just doing what I wanted, song to song, and this one’s more of a concept, if you will. The sound is kind of bluesy and stuff.”

Lewis and company play May 24 at 89th Street — OKC, 8911 N. Western Ave. While Lewis has been recording raw, blues-inspired rock since his 2007 self-titled debut, he said his band’s latest album is authenticated by more than a decade of experience.

“It’s real blues,” Lewis said. “It’s a band that has been around for a long time now, and it’s gone through all the ups and downs and the good side and the bad side of the industry and all that. And it’s just kind of being comfortable with who you are instead of trying hard to be the next big thing or whatever, saying, ‘We’re going to do this’ and ‘We’re going to do that.’ It’s been too many years, and I’m comfortable with who I am, I guess. That’s what I’m going for. I’m trying to tell the truth.”

Frequently touted early in their career as the next big thing and even more frequently compared to James Brown by the likes of NPR, Lewis and his horn-infused Honeybears (a band name he has tried over the years, unsuccessfully, to shed) have seen the critical hype machine up close. Songs “Culture Vulture” and “Face in the Scene” seem to shout down hollow hipsterism while “Suit or Soul?” follows up the title question with, “Friend or foe? You don’t know. … When you need some help, ain’t nowhere to be found. As soon as you get paid, show up with his hand out.” But Lewis said navigating the music industry never rerouted the band’s evolution. The electrified blues on his latest album — as reminiscent of The Stooges’ Fun House as it is anything released on Stax or Chess — is the sound he has sought to make since he first picked up a guitar.

The album also includes a cover of Wilco’s “Handshake Drugs” from the 2004 album A Ghost Is Born, a calculated move, Lewis said, but one that resulted in a soulful recontextualizing of Jeff Tweedy’s lyrics about prescription drug addiction, replacing the original’s descent into psychedelic guitar distortion for lung-busting harmonica blasts.

The palpable rage and disillusionment evident on the album, which Charleston City Paper’s Vincent Harris compared to Sly & the Family Stone’s There’s a Riot Goin On because it finds Lewis with “zero fucks left to give,” seems at odds with NPR’s description of the band’s sound in 2009: “This is party music,” critic Christian Bordal said then, “and the Honeybears don’t try to turn the process into high art.” But Lewis contends his albums have always had a seething subtext.

Still, he said he understands why, to some listeners, the band’s high energy blues rock sounds more like dance music than anything else.

“We’ve always been known as being a better live band, so that automatically gives you the party label, but I don’t really care,” Lewis said. “They can call it what they want as long as somebody’s paying attention. As long as somebody’s listening, I don’t care.”

Over the years, the raw power of Lewis’ stage presence has been somewhat rechanneled into less reckless behavior as the mileage from the road begins to wear on the band. 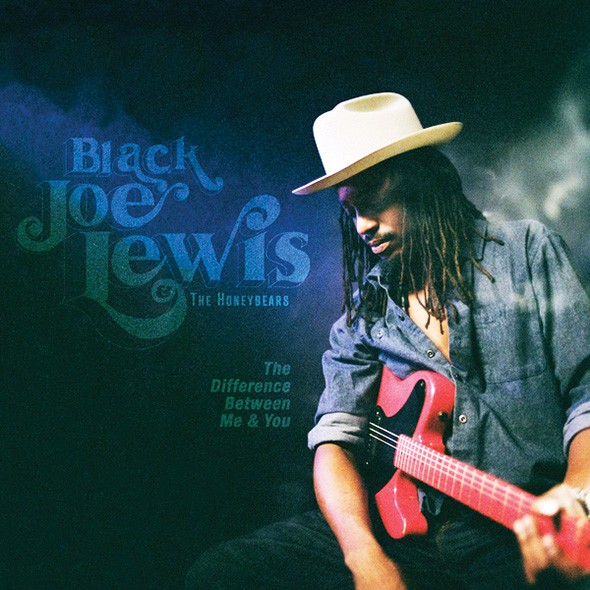 “I used to jump offstage and all that stuff back in the day, but I don’t do that anymore,” Lewis said. “If you ask somebody about my shows recently, I think we still bring it, man. …  I think the hardest part about getting older and dudes in the band getting older is their comfort level is different after being out there that long. People start having families and start missing their families. That’s the hardest thing about it. And the partying — you get hungover more the next day. But overall, playing the shows is the easy part of it, versus the whole day where you’re just sitting there in the car and whatnot; that gets tough mentally … when you’re in close proximity to people’s attitudes and needs and shit.”

However, Lewis pointed out that the blues tradition allows for aging. Engaging performers can electrify a crowd for decades without a single stage dive.

“I could put on a good show in a chair,” Lewis said. “Lightning [Hopkins] used to play in a chair all the time.”

Growing older also offers experience and perspective, allowing Lewis to write more personal lyrics from his own point of view. While 2017’s Backlash drew influence from classic Russian literature, The Difference Between Me & You was largely inspired by Lewis’ response to the world around him.

“You figure out a better way to say it,” Lewis said. “Watching the news and reading the paper, seeing what’s going on, you get inspiration from current events.”

Sometimes, as made plain in the song “Some Conversations You Just Don’t Need to Have,” the best response is to just shut up.

“Just leave it alone and don’t say too much, man,” Lewis said. “You know when people be lying and they just keep talking and they say too much shit and they give themselves away. Sometimes you need to be quieter, man. Or sometimes in relationships, you’ve just got to let some shit slide or you’re going to get in trouble. And people say all kinds of shit on the computer, but if you can’t say it to my face, I don’t really care.”

Angry blues is an understandable response to the world as it is, but Lewis said he tries not to let the rage carry over into his reality.