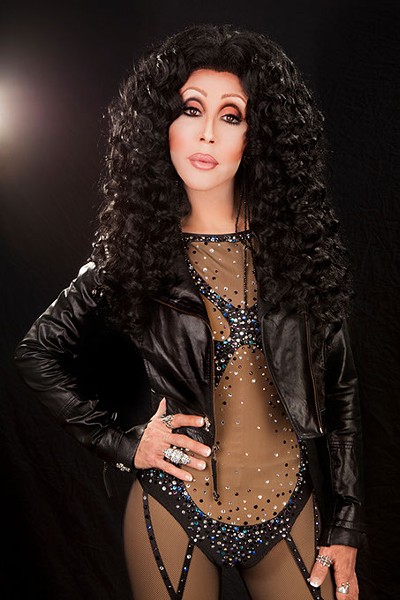 It will be a night of big hair, sequins and Auto-Tune as Chad Michaels, the nation’s No. 1 Cher impersonator, brings his high-energy show to Oklahoma City.

Michaels performs as the diva herself — the Oscar-, Emmy- and Grammy-winning Goddess of Pop.

In 2012, Michaels joined the cast of RuPaul’s All Stars Drag Race and strutted away with the $100,000 grand prize. Being in the reality TV series also helped land him the first spot in the show’s Drag Race Hall of Fame.

Michaels said he began impersonating the Cher in 1992.

“I grew up watching Sonny & Cher on TV in the 1970s, so I feel like she was imprinted on me then,” he said. “I love what she stands for as an entertainer and as a human being. She set the standard for women in music and continues to deliver her brand of polished fabulousness.”

Michaels said he is primarily a lip-sync performer. He also incorporates live comedy monologues as Cher using his own voice. With more than 50 years of Cher’s music to choose from, he said his show always feels new and fresh.

“Choosing what music I perform really depends on what kind of crowd I will be performing for,” he said. “I try to select the songs everyone loves and connects with. Everyone loves Cher, so that kind of makes my job easy.”

However, organizers said the after-party is a less formal and lower-cost event created to appeal to a more diverse crowd. Doors open at 9 p.m., and music starts at 10:30 p.m.

“I feel it is my responsibility to raise awareness and educate my generation of the need to fight HIV and AIDS in our community,” said local musician Graham Colton, who co-chairs the event with his mother, Cindy Cooper-Colton. “There’s still so much more work to be done. The new after-party will be a crazy, fun night of dancing and celebration and an opportunity to connect with so many who want to help.”

Colton’s grandparents, the late Jackie Cooper and his wife Barbara, started OACF in 1991. Annual fundraiser Red Tie Night has generated millions of dollars through the years, and 100 percent of its proceeds remain in Oklahoma to help people with HIV or AIDS.

This year, Colton and his mother bring the event full-circle back to the Cooper family.

“I love the idea of the after-party becoming an annual event,” Colton said. “It will be loud and proud, and we can’t wait.”