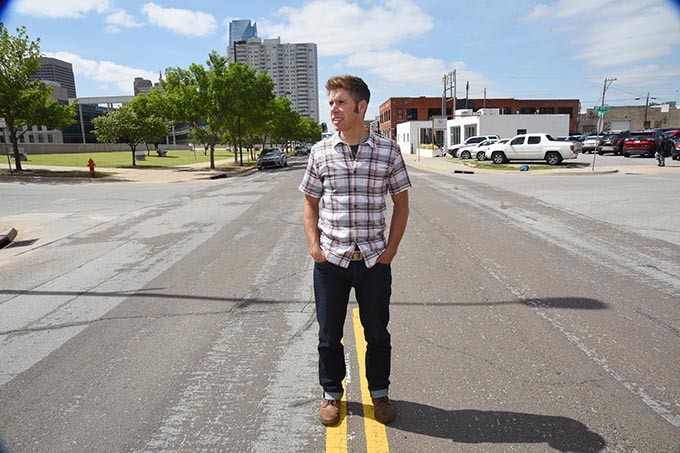 Chad Hodges is excited to introduce tens of thousands of his neighbors to competitive cycling and nearly 1,000 cyclists to his city.

“What’s awesome about our event compared to a lot of other races ... all three of our venues are in thriving districts in downtown Oklahoma City,” Hodges said about this weekend’s fourth annual Oklahoma City Pro-Am Classic. “We are not putting [racers] in a parking lot or off in some place; we are putting them in three of OKC’s most up-and- coming districts.”

Friday’s opening race will take place in Midtown, cutting through the heart of H&8th Night Market, an event that has drawn as many as 30,000 people.

“H&8th couldn’t be happier to further strengthen our relationship with our outstanding partners at DNA Racing,” Laura Massenat, founder of H&8th, said about both events taking place on the same night. “Bringing the Pro-Am through H&8th will allow thousands of neighbors to view high- speed, high-excitement racing. Both events benefit from a shared synergy, with a goal of making our city the place we love to live.”

Friday’s race will travel down Hudson Avenue, and food trucks will be relocated to neighboring streets.

Hosted by Oklahoma City-based DNA Racing, the Pro-Am Classic will be held in Film Row on Saturday and conclude in Automobile Alley on Sunday.

Last year was the first time the race was held in three downtown districts after its inaugural race was limited to Automobile Alley.

Hodges, who is the race director and team manager of DNA Racing, said many racers who traveled to the Pro-Am last year were impressed with the crowds that coordinated with H&8th.

“Everybody wants to put on a show, and you can’t do that if there is nobody standing around, ringing cowbells and cheering for you,” Hodges said. “As a racer, this setting is really exciting, and a lot of racers are looking forward to it this year.”

Holding the event downtown is a chance to showcase the sport of criterium cycling and introduce more people to the growing downtown community, Hodges said.

“Up until [2012], there hadn’t been a race in a long time, or maybe at all, that happened in the heart of Oklahoma City,” Hodges said. “The more we are out there, the more cycling in general is going to grow in Oklahoma City.”

Racer numbers appear to back up Hodges’ claim that the event is growing. After drawing 300 racers in the first year, the Pro-Am Classic cracked 500 in year two and hosted over 800 last year.

The Pro-Am Classic has a goal of increasing in size and stature. Hodges would like to see the Pro-Am Classic become a National Criterium Calendar (NCC)-sanctioned event, one of the highest levels of bike racing.

An application was filed following the first year, and while NCC officials said they were impressed with what the Pro-Am had done in its first year, they said the event needed to grow and complete some more years.

“It gets it on the national criterium calendar and then attracts professional cyclists from around the country,” Hodges said. “This year, going through H&8th, is a huge step in being able to apply for that because our spectator numbers will go from 5,000 a day to whatever crowd H&8th brings.”

Hodges said the Pro-Am is developing a reputation as a top course and racers will be coming in from several neighboring states, including Texas, Missouri and Colorado.

“Last year was great because we saw a lot of larger teams from the region send one or two members,” Hodges said. “All of those people said, ‘Man, that was a great event. We are going to go back and tell our team and come back next year in bigger numbers.’”

Four fields (races), including a women’s open field, will be held the first day for all categories of racers. Saturday and Sunday will feature races segregated by category of racer.

Registration is $45 on the day of the race, and pre-registration is available on the USA Cycling website, usacycling.org, for $40 through today.

All riders must present either an annual USA Cycling racing license or a one-day license. Kids ages 9 and under can participate in the Arapahoe Resources Children’s Challenge, a 200- meter race starting at 10:15 a.m. on Saturday.

Print headline: Biking criteria, An annual race will take riders through the heart of OKC and hopefully bring cycling to the hearts of spectators.